After nearly twenty years of working in alliance with one another, Renault and Nissan are in talks to go the whole hog and merge, a report by Bloomberg said.

With the prospect of the two companies becoming a single listed stock on the cards, French-owned Renault’s shares have climbed by over 5.4 per cent to €98.35.

While the markets may be brimming with excitement over the potential deal, the duo are keeping tight-lighted, with a spokesman for the Renault-Nissan alliance stating they will not comment on ‘rumours and speculation’. 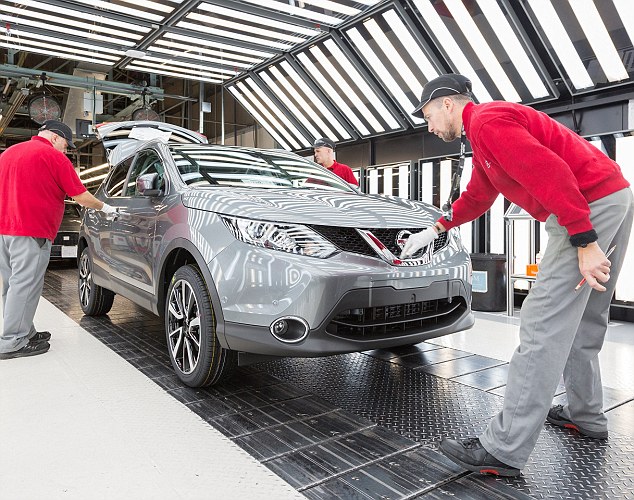 Full-blown merger? After nearly twenty years of working in alliance with one another, Renault and Nissan are in talks to go the whole hog and merge, a report suggests

In early morning trading, Reanult’s share price increased over 8 per cent, marking the biggest daily jump for a decade.

If a merger between the pair did go ahead, the combined entity would become the world’s biggest carmaker by production levels.

A deal could also lead to significant cost savings for the pair. At present, Nissan employs 7,000 people across the UK, with a major production plant in Wearside.

According to unidentified sources who spoke to Bloomberg, the parties are in talks to discuss a transaction in which Nissan would effectively give Renault’s shareholders stock in the new company.

Nissan’s shareholders would also receive shares in the new company in exchange for their holdings, the sources said.

Last month, Reuters reported that Renault and Nissan were discussing plans for the Japanese carmaker to buy most of the French state’s 15 per cent Renault holding.

If the deal progresses, the French state’s shareholding could become a major sticking point, with the government unlikely to want to see its control relinquished or its stake watered down. 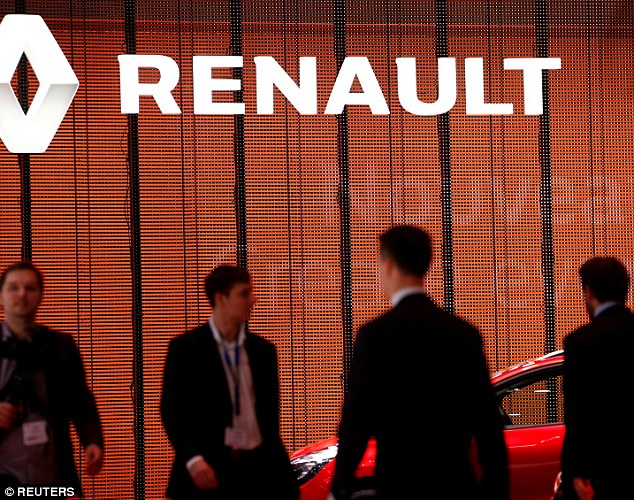 On the up: In early morning trading, Reanult’s share price increased over 8 per cent, marking the biggest daily jump for a decade

Another important consideration would be where the duo’s headquarters would be based.

London or a location in the Netherlands could be contenders, but this could in turn cause tensions with the governments in France and Japan, which is where the pair have strong links.

Renault currently owns 43 per cent of Nissan while the Japanese carmaker has a 15 per cent stake in its French counterpart.

Carlos Ghosn, the chairman of both companies, is understood to be driving the negotiations and would run the combined entity, Bloomberg’s sources suggest. 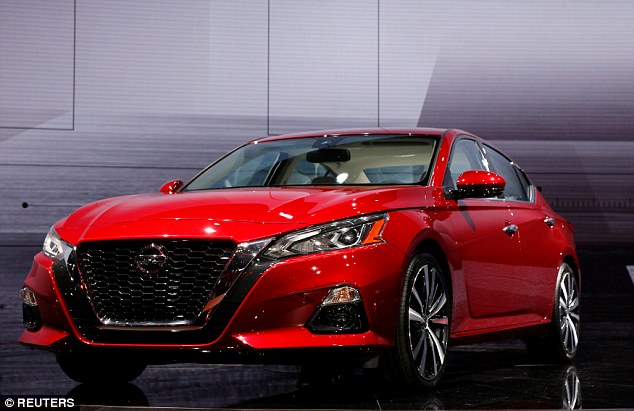 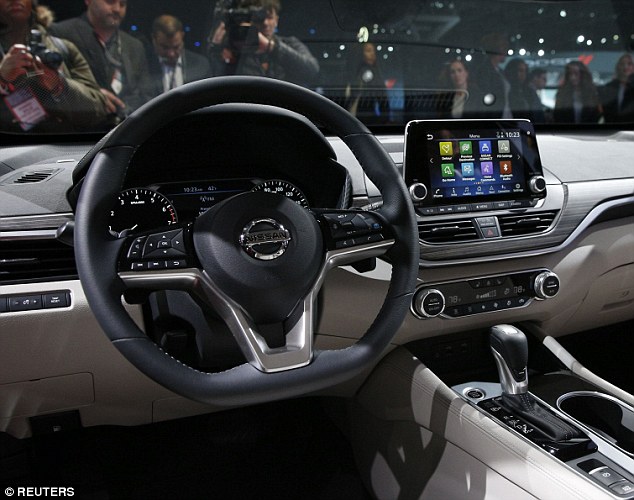 Design: The interior of Nissan’s Altima model for 2019 in New York

Nissan shares are down nearly 2 per cent over the past year, giving the company a valuation of 4.6 trillion yen.

Janet Lewis, an analyst at Macquarie in Tokyo, said: ‘Size matters in the auto industry.

‘The concern has always primarily been the French government, and somewhat Japan, because both France and Japan like to keep their national champions.’ 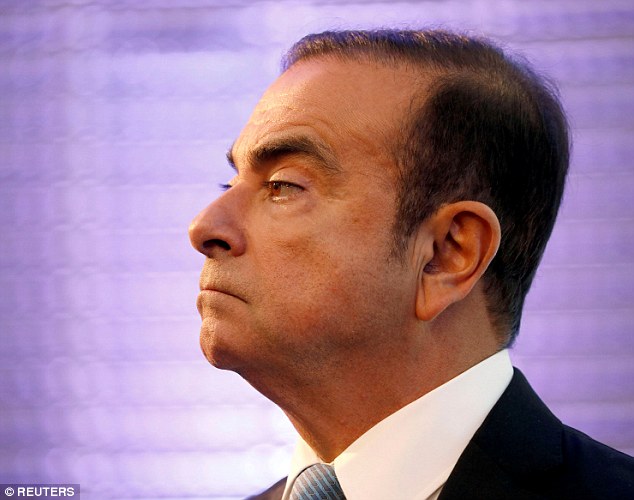 In the driving seat: Carlos Ghosn is the chairman of both Renault and Nissan