Renting for an entire lifetime will cost you over a million pounds more than purchasing your own home – and high rents are keeping many priced off the property ladder, new research suggests.

According to research by new home builder Strata, lifetime renters will spend £1.6 million over a 60-year period when average rents are adjusted for inflation.

Figures across the UK vary dramatically, with differences between outgoings in London reaching almost £2 million, while at the other end of the scale the North East has a variance of just over £720,000. 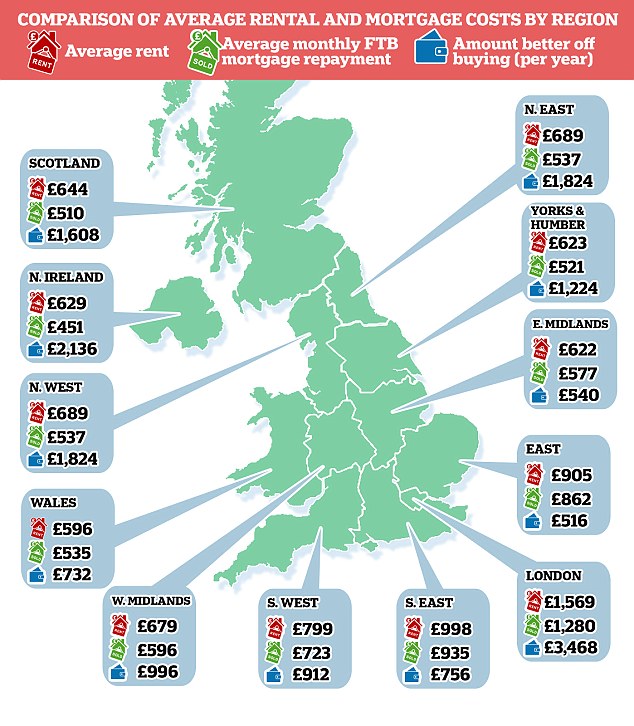 Lifetime renters in the North West will suffer the greatest difference, spending 314 per cent more than buyers in the same region.

In addition, research from Santander Mortgages has found that in every region of the UK, potential first-time buyers would have lower monthly outgoings if they bought a property rather than renting one.

The average monthly rent in the UK is currently £912 per household, compared to monthly repayments of £723 for the average first-time buyer household.

Homeowners could save an average of £189 a month, or £2,268 a year, compared to renters – but for many tenants, saving for the deposit on a first home isn’t feasible when paying high proportions of income in rent.

Ishaan Malhi, founder of online mortgage broker Trussle, said: ‘It can be extremely difficult for anyone renting to get on the property ladder, especially in London where the average person spends virtually half of their net earnings on rent. 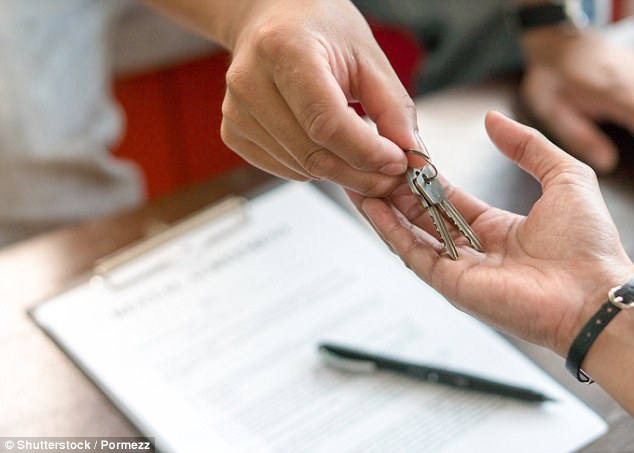 In every area of the UK, potential first-time buyers would have lower monthly outgoings if they bought a property rather than renting one

‘The research shows that owning a home is cheaper than renting across the UK, which emphasises just how important it is for the Government and the industry to do more to help people get on the property ladder as soon as they can.’

Santander also found that one in five of those wanting to buy would consider selling shares in the property, offering a potential capital return when the property is sold. 38 per cent would consider moving back in with their parents while saving for a deposit, and 21 per cent said they will give up alcohol to raise the funds.

Historically, renting has appeared cheaper, especially in areas like London and the South East, where property prices have consistently been high. But since 2010 the UK has seen inflation fall and with it mortgage rates have come down significantly. Meanwhile, rents have steadily crept up.

Hannah Slater of consumer rights group Generation Rent said: ‘Two thirds of private renters have no savings at all, leaving many locked out of homeownership.

‘While rents in the rest of the country continue to rise, the latest government figures show that London rents have fallen slightly for the first time since 2010.

‘This is good news for London tenants but with average rent in the capital costing £1,586 per month, most renters find themselves with little left over to save towards a deposit.’

While the buy-to-let sector has dampened in recent years, with a raft of regulatory and tax changes eating away at landlords’ bottom lines, Slater believes that government should go further to help those locked out of homeownership.

‘We’d like the Government to introduce rent controls and full landlord licensing in order to make renting genuinely affordable,’ she said. ‘This would enable tenants who want to move into homeownership to save towards that first home deposit, and ensure that they have a decent home to live in while they do so.’ 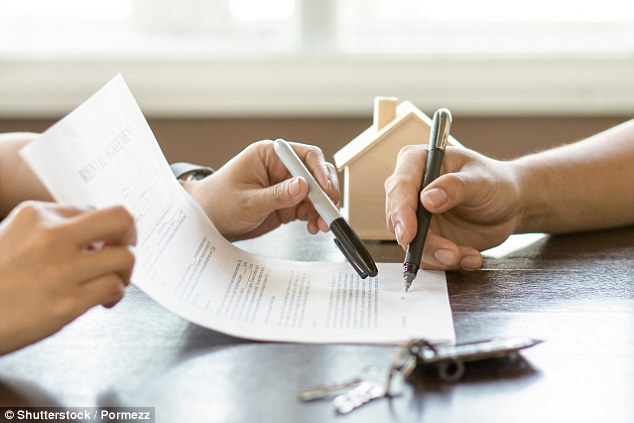 Lifetime renters will spend £1.6 million over a 60 year period when average rents are adjusted for inflation.

I want to buy but can’t afford a big deposit, what are my options?

In the eighties and nineties, deposits paid by first-time buyers were considerably less than they are today. Figures from trade body UK Finance show that average deposits for first-time buyers during this period were just 6 per cent, compared to the average 16 per cent paid today.

Homebuyers are also increasingly relying on family and friends to help buy – some 27 per cent of all buyers last year received financial support, purchasing almost 317,000 homes.

There are various products out there that may help potential first-time buyers who cannot afford a big deposit, but they usually rely on a family member putting up some form of collateral.

For example, three months ago The Post Office launched its ‘family-link’ mortgage, which works by giving the first-time buyer a 90 per cent loan-to-value mortgage secured against the property they’re buying plus an interest-free five-year loan secured on a close relative or parent’s home.

However, the parental home needs to be mortgage-free for the buyer to be eligible, and the rate, at 4.99 per cent, is fairly high.

Nationwide also offers a family mortgage scheme but it works slightly differently. Homeowners who currently have a Nationwide mortgage can apply to borrow more and then gift the money to a relative to use as a cash deposit for their own purchase. 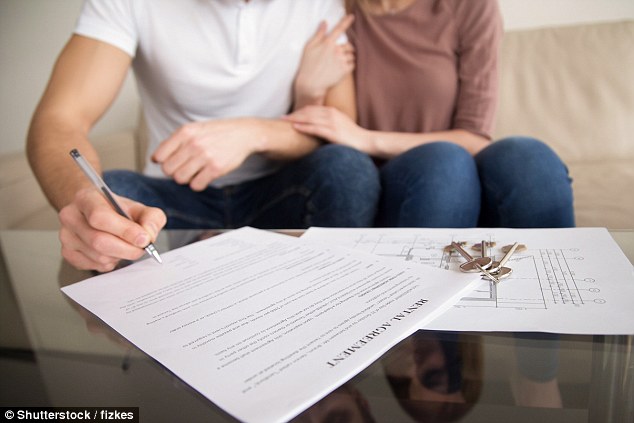 The average monthly rent in the UK is currently £912 per household, compared to monthly repayments of £723 for the average first-time buyer household

However, both borrowers must get their mortgage from Nationwide in order to qualify and it is restricted to first-time buyers.

Barclays offers a ‘Family Springboard’ mortgage which allows borrowers to take a 100 per cent loan-to-value loan if family or loved ones can provide 10 per cent of the property’s price, in cash held with the bank, as security.

The family member then gets their savings back after three years with interest as long as the homebuyer keeps up with repayments.

For those who don’t qualify for these products, banks and building societies are increasingly willing to offer first-time buyers mortgages at 95 per cent loan-to-value, meaning they would need a much smaller deposit than usual.

However, bigger deposits are always preferable as they usually secure lower rates for the homeowner as well as providing better protection against falling into negative equity.

Typically, a 95 per cent LTV mortgage with high rates will result in the buyer paying much more in interest over the long term.