Retirees are cashing in £9.5m A DAY from the value of their homes through equity release

Retired homeowners released £1.7billion of property wealth in the first six months of the year as the equity release market continued its rapid expansion.

Data from equity release adviser Key Retirement has revealed that around £9.5million of property wealth was released every day in the first half of the year, with 29 per cent more people taking equity release plans than last year.

The research also shows that customers are receiving an average of nearly £78,000 per plan.

‘More money was released in the first six months of 2018 than in the whole of 2015 as records continue to be broken across the market.’ 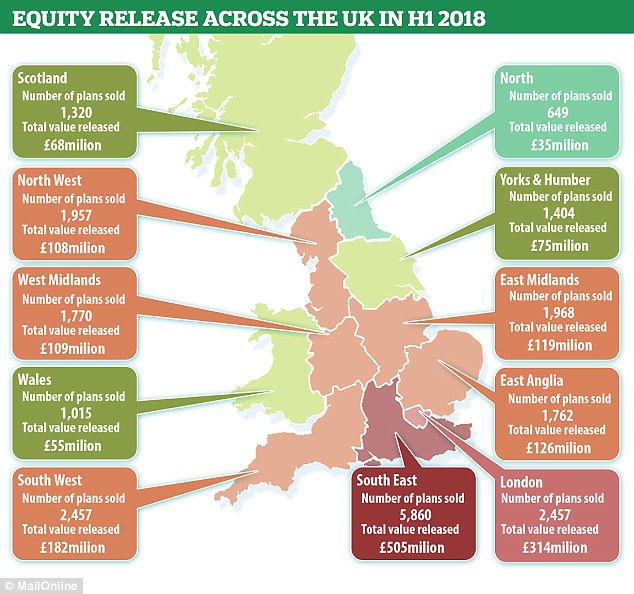 The number of equity release plans is soaring in the UK – this map revlea(Source: Key Retirement)

The South East of England accounted for more than a quarter of all equity release sales and nearly 30 per cent of total lending.

Retired homeowners in London released an average £133,000 of property wealth each, the highest in the country, followed by the South East on nearly £90,000 and the South West on £77,000.

Other areas recording strong growth in property wealth released included the West Midlands at 62 per cent and the East Midlands on 56 per cent followed by the North East at 55 per cent.

The most popular use of the money released this year was to fund home and garden improvements with 63 per cent of retired homeowners spending some of the money on their houses, while 33 per cent used the cash to pay for holidays.

Around 28 per cent of retired homeowners used some or all of the money for gifts for families compared with 23 per cent in the first six months of 2017.

Around one in five cleared outstanding mortgages and 32 per cent paid off credit cards or loans. 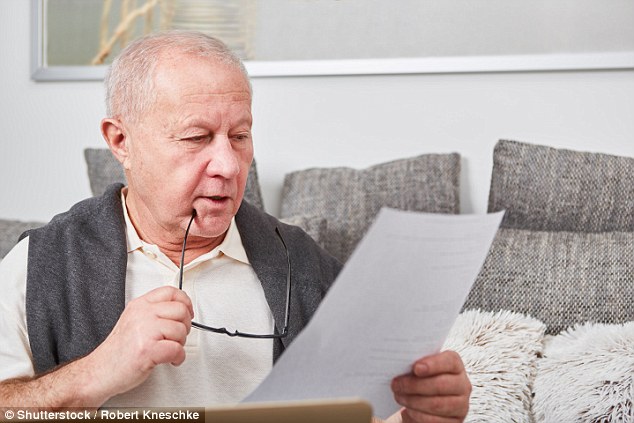 Customers are receiving an average of nearly £78,000 per equity release plan

What is equity release, and is it a good idea?

Equity release is a loan available to over-55s that allows you to release equity from your home and remain living there. The loan is repaid when you die or are taken into care and the house is sold.

There are two types of product, a lifetime mortgage and a home reversion plan.

Borrowers choosing a lifetime mortgage can opt either to pay interest monthly for as long as they wish and then switch to a roll-up plan, or go straight to rolling interest up.

FIND OUT ABOUT EQUITY RELEASE

This is Money has partnered with Key Retirement, a firm of independent advisers who specialise in finding retirement mortgages and equity release that work for you.

You can also download a free 32-page guide to equity release.

A home reversion plan allows a homeowner to sell all or part of their property for less than its market value in return for a tax-free sum or a regular income. This option allows you to then stay in the home as a tenant without paying rent.

Equity release isn’t for everyone, so it’s important to take independent financial advice when considering it.