Return of axed Mothercare chief… but only after chairman is ousted

Mothercare has drafted in its former chief executive to lead an overhaul that will see it drastically slash its number of stores.

In a remarkable U-turn, the chain brought back Mark Newton-Jones, just 37 days after he was fired by chairman Alan Parker.

Since 51-year-old Newton-Jones was sacked, Mothercare has been plunged into turmoil, which has seen Parker himself ousted.

It is understood that other board members had lost faith with Parker, who had fired Newton-Jones just minutes before his departure was announced to the stock market. 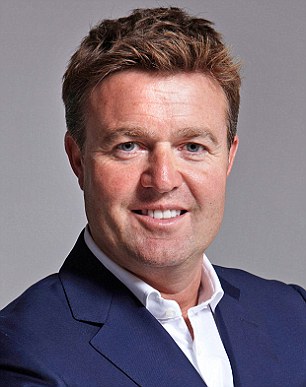 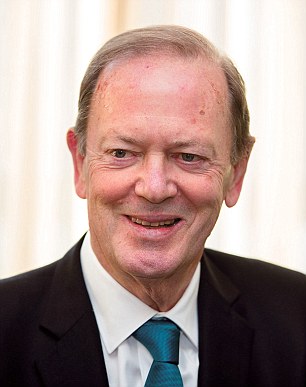 Mothercare has brought back Mark Newton-Jones, left, just 37 days after he was fired by its chairman Alan Parker, right, who has since been ousted himself

Now Newton-Jones rejoins to lead a turnaround. Mothercare has said it will shut 50 of its 137 stores by June next year, putting 800 jobs at risk, and get rent reductions on 21 shops.

Former Tesco director David Wood, ushered in to replace Newton-Jones, has been demoted to managing director.

Mothercare’s shares have plunged 83 per cent over the past year after numerous profit warnings. It has slashed store numbers drastically since a decade ago, when it had almost 400 shops.

It has been hammered by online shopping and intense competition as supermarkets sell cheap children’s clothes and toys.

However, yesterday the restructuring was greeted with optimism by investors, with shares climbing 24.4 per cent, or 5.2p, to 26.5p.

Neil Wilson, chief market analyst at Markets, said: ‘They’re throwing the kitchen sink at this, but we just hope that they are not throwing the baby out with the bath water in closing down so many stores so quickly. The parlous state of the group’s finances required this kind of measure.

‘While it is right to be positive about the restructuring, the question is whether management can get online right and embark on a turnaround strategy that doesn’t just see it manage a slow decline.’

The restructuring plan, called a company voluntary arrangement, will see it plead with shareholders for £28million in an equity raise, to fund store closures and revitalise the business. It expects to save £10million from closures and rent cuts.

Mothercare will also focus more on online business, which accounts for 43 per cent of UK sales. Sales here fell 1.3 per cent last year, while purchases at its international stores declined 5.9 per cent. Revenues across the group dipped 1.9 per cent to £654.5million.

‘The potential for the Mothercare brand in the UK, benefiting from a restructured store estate, and internationally, remains significant,’ he said.

‘However, there remains much to do and we must maintain a disciplined focus on cost control and cash generation throughout the business, but these measures provide a solid platform from which to reposition the group.’