Internet and budget retail pioneers have leapt up the ranks of the nation’s super-rich, elbowing out established High Street tycoons.

Heavyweights such as Topshop boss Sir Philip Green and supermarket dynasty scion Lord Sainsbury have slid down the Sunday Times Rich List, leapfrogged by upstarts such as the bosses of discount chain B&M and online fashion retailer Boohoo.

The changing face of the retail barons comes amid growing turmoil on the High Street as the internet and nimble budget retailers gain ground on bricks-and-mortar shops and household names. 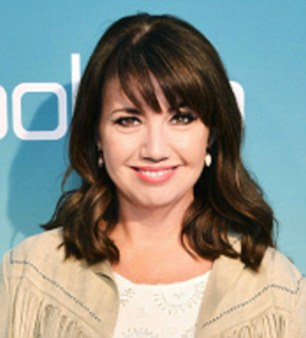 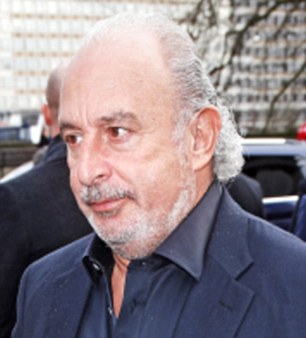 Fortunes have been made and lost in the year that takeaway app Just Eat burst on to the FTSE 100 valued at around £5.6billion, pushing out 126-year-old defence contractor Babcock.

Carol Kane, the 51-year-old joint chief executive of trendy fashion chain Boohoo, is now ranked 942 out of the UK’s 1,000 richest people, according to the Sunday Times Rich List published yesterday.

Boohoo – whose sales are expected to hit £1billion by 2020 – gets clothes from design to website within six weeks, making many items in the UK to cut out shipping time.

Kane, the daughter of a housewife and builder who grew up in the North East, is now worth £120million.

She told The Sunday Times: ‘I didn’t think 30 years ago that I’d ever be anywhere near the Rich List. It’s quite nice.’

Recalling the founding of the business in 2006 with Mahmud Kamani, she added: ‘It wasn’t a dead cert, but we could see that bricks and mortar were starting to struggle. Mahmud and I thought, what have we got to lose? We wanted to be game-changers.’

Kamani, 53, and his family is way ahead of her on the list at number 136 through his stake of just over 35 per cent of the company. He makes the billionaires list for the first time after his wealth rose by £268million to hit £1billion.

That puts him nearly 100 places ahead of supermarket scion Lord Sainsbury, 77, the peer who inherited his share of the family’s wealth age 26, and whose fortune has fallen by £10m this year to make him worth £550million.

Meanwhile Arora brothers Simon, 48, Bobby, 46, and Robin, 33, who built budget retailer B&M, are now worth £2.5billion after their wealth jumped by £380million.

The chain has more than 560 stores and was chaired for five years by former Tesco boss Sir Terry Leahy. Simon Arora has said: ‘Everybody loves a bargain. In our car parks you will see old bangers parked alongside Mercedes. We are a very simple business.’

That simple business has turned the trio into the 60th richest people in the country, overtaking by five places Topshop tycoon Sir Philip Green.

The 66-year-old ex-BHS owner has seen his fortune fall by £787million to £2billion, amid plummeting sales at his Arcadia group.

Slumping sales comes as major brands such as Toys R Us, Maplin and Bargain Booze owner Conviviality have hit the wall this year as a crisis grips the High Street. Squeezed income, rising costs, too much debt and too much competition have all played a part.

The combined fortune of the UK’s super-rich rose 10 per cent to £724billion, with 94 per cent of those on the Rich List self-made entrepreneurs.