Retail veteran Rob Templeman has been parachuted in to help the fashion chain Jack Wills after one of its founders was ousted.

Williams stepped back in 2013, but returned as chief executive in 2015 in a buyout deal with BlueGem, which owns 60 per cent. 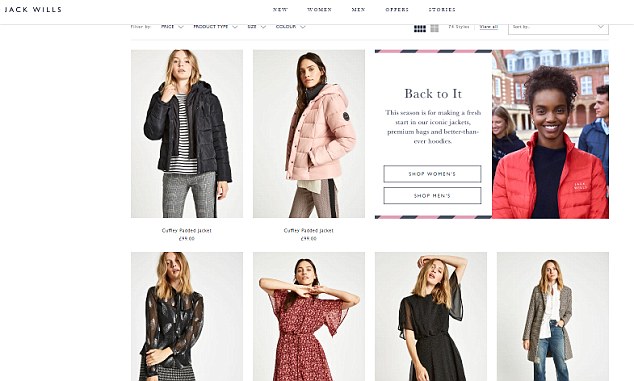 Jack Wills made a loss of £1.3million in the year to January 29

But he has since fallen out with the private equity firm and is thought to be finalising his departure.

Templeton, who is chairman of the RAC and a former boss of Debenhams, Homebase and Halfords, is understood to have been brought in by BlueGem.