Rolls-Royce is forced to ban all but essential staff travel 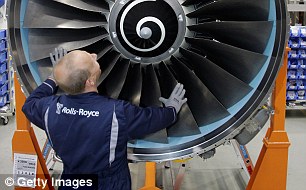 Embattled engineer Rolls-Royce has banned all but essential staff travel as it faces massive bills to fix faults in its high- tech airplane engines.

Boss Warren East has urged staff to swap face-to-face meetings for teleconferences where possible and asked them to find ‘any way to reduce indirect costs’.

The firm is facing a bill upwards of £750million after its flagship Trent engines, which are used by airlines all over the world, started deteriorating faster than expected.

It was revealed last week that Rolls-Royce, which has already axed hundreds of managers, could also quit its plush headquarters in central London as it seeks to save cash.