Rolls-Royce has just announced its latest limited edition model range called the Wraith Luminary Collection – and it has the most dazzling interior you’ll ever see.

Just 55 of the cars will be made and have been ‘envisioned by the Rolls-Royce Bespoke design team and collected by Patrons of true luxury all over the world’, according to the high-end car maker.

For the fortunate collectors who can afford the opulent cars, being inside one will be like laying out in the stars at night with 1,700 LED lights shimmering in the cabin. 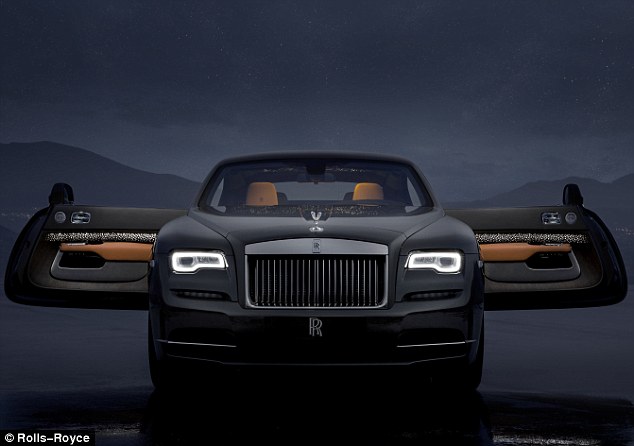 Stars in your eyes: This is one of the 55 Rolls-Royce Wraith Luminary Collection special edition models that will be built by the Goodwood manufacturer

Rolls-Royce said the small run of special models has been ‘inspired by those who lead where others follow’ and ‘will light the way for the luxury trailblazer’.

There’s certainly no doubting that the interior will be packed with drama.

On opening the coach doors you’ll be met by a flow of light that glimmers from the front into the rear passenger compartment.

The panels – made from Tudor Oak sourced from forests in the Czech Republic – will, for the first time in Rolls-Royce’s history, be illuminated with no fewer than 176 LEDs that produce a stream of light to replicate a shooting star piercing through the cabin.

The controls for the brightness of the LEDs will be linked to the starlight headliner – a feature that’s grown hugely popular with Rolls-Royces in recent years – that adds a further 1,340 fibre optic LEDs that glitter overhead.

That means there are no fewer than 1,692 tiny bulbs inside each of the 55 special editions.

But unlike the headliners of before, the British marque has now replicated shooting stars, which blast across the ceiling of your vehicle as you drive along. 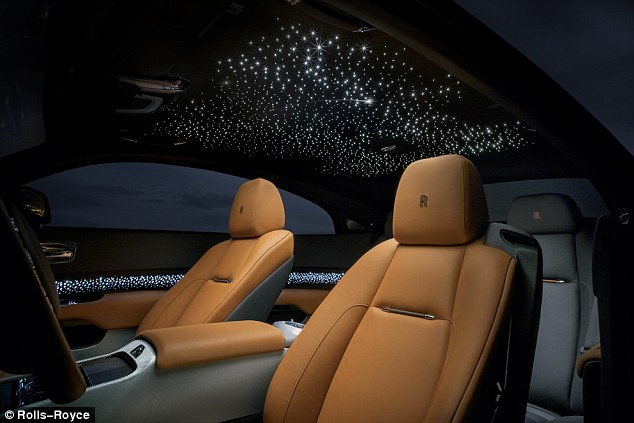 Each car features 1,700 LED lights, 1,300 of which are in the the headlining and the rest in the door panels 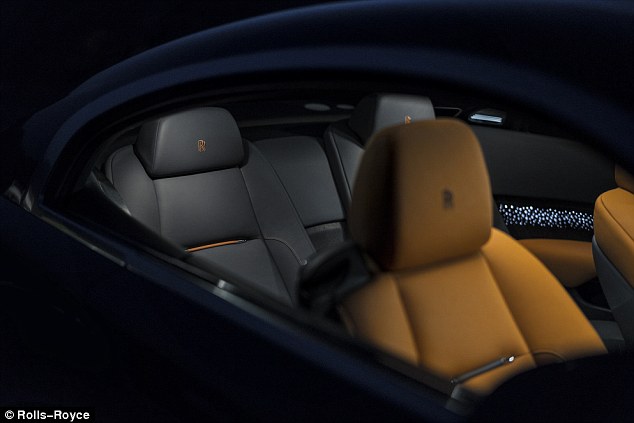 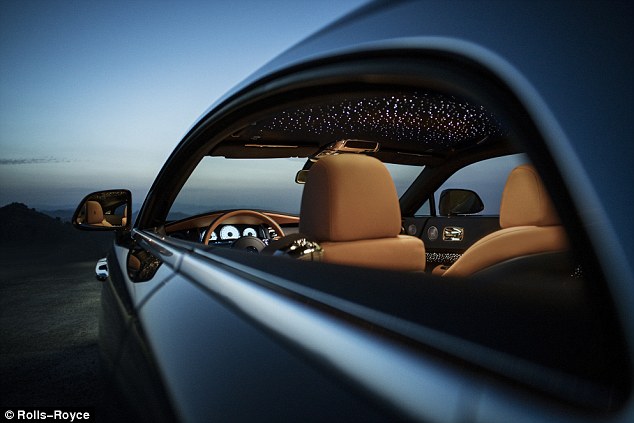 The starlight headliner option is one of the most commonly selected extras that well-heeled customers have been opting for in recent years, with the Goodwood-based brand able to design a constellation of your choice.

That means you can choose a location, time and date that’s meaningful for you – such as the birth of a child or an engagement – and have the very same star arrangement that would have been seen at that very moment.

A small team of Rolls-Royce technicians are responsible for hand-crafting each headliner and panel, rigorously measuring the depth each LED sits at to ensure it represents the exact constellation ordered.

Each of the Luminary – which Rolls-Royce points out means ‘a person who inspires or influences others, especially one prominent in a particular sphere’ and ‘a natural light-giving body, especially the sun or moon’ – Collection will be painted in a unique Sunburst Grey.

They will also have a Sunburst Motif coachline hand-drawn along the wings of the car along with channel lines running up the bonnet. 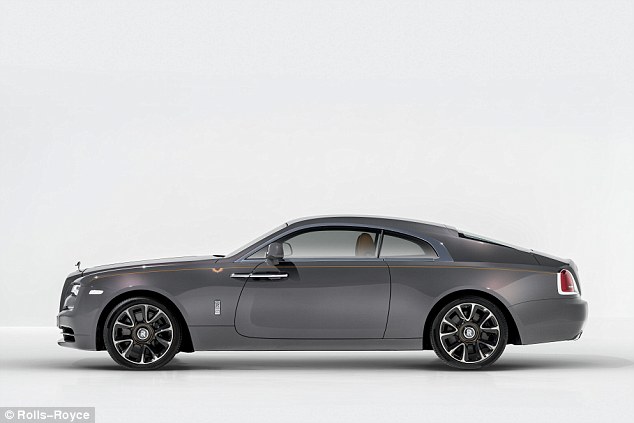 The special edition models will feature a one-off Suburst Grey paint so you can tell it apart from a standard £250,000 Wraith coupe 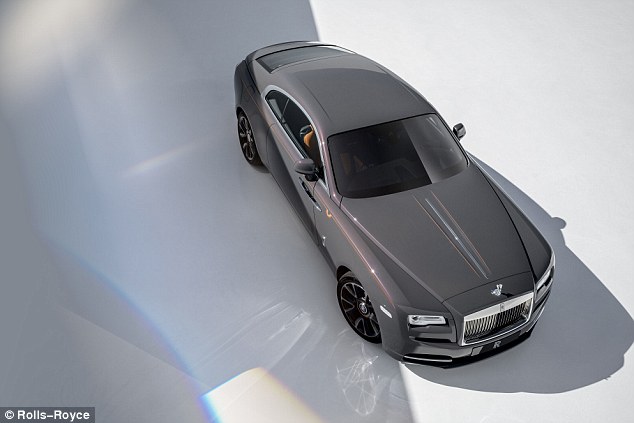 ‘It speaks directly of our contemporary Rolls-Royce brand – progressive and trailblazing; the pinnacle in hand-crafted luxury.

‘This is a motor car that celebrates visionaries who achieve eminence in their respective fields.

‘Indeed, this collection is for the world’s luminaries.’

Rolls-Royce failed to confirm how much it will cost, but with a ‘standard’ Wraith costing £250,000, expect the extraordinary level of attention aimed at this limited collection to significantly increase that figure.