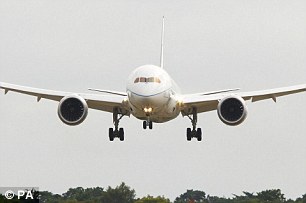 Rolls-Royce is ramping up efforts to fix aircraft engines, to stave off growing frustration from airlines.

It has trebled the amount of engines it can fix at any one time to 20 and is racing to complete checks on hundreds of planes around the world ahead of a June 9 deadline.

The engineer is under huge pressure after some Trent 1000 engines powering Boeing 787s started deteriorating.

Some airlines changed routes to keep planes closer to airports, while around 34 are on the ground waiting to be fixed.

Around 200 engineers have been redeployed to work on the problems, which could cost Rolls £750million.