You have only to mention Southend-on-Sea and back comes a strangled ‘Sourfend- on-Sea’, in a full (if not entirely authentic) Cockney twang. You might get an ‘innit’ as well, just to stress the town’s links with London‘s duckin’ and divin’ East End.

Easy to pigeonhole, in other words. But that doesn’t tell the whole story because, with some justification, Southend-on-Sea in Essex is beginning to think of itself as the new Brighton.

It’s easy to get there (an hour from London on the train or by car) but seems a world away from the capital; hotels, restaurants and bars are opening, the views across the Thames Estuary to Kent are magnificent and there’s lots to do, especially for those nostalgic for traditional British seaside pursuits. 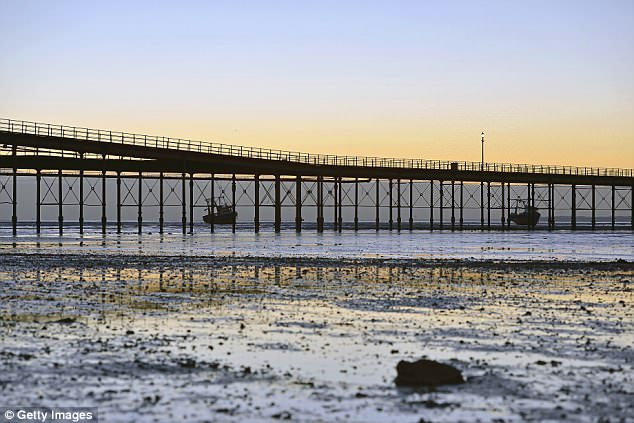 A walk along the pier (John Betjeman said ‘the Pier is Southend, Southend is the Pier?) How long have you got? Grade II-listed, it’s the longest of its kind in the world, extending nearly 1.5 miles into the estuary, hence the shuttle train that transports those not up for the trek.

Three Shells Beach is nearby, a mix of sand and shingle, with its own bathing lagoon. Then there are the town’s three casinos, while the Adventure Island fun park — ‘the pride of the town’, as one local put it — is as popular as ever.

At a different end of the cultural spectrum is the Beecroft Art Gallery, which matches anything you’d find in the trendier parts of Brighton. It has both a contemporary and historic collection, including Constable’s On The Stour and Henry Bright’s Hadleigh Castle.

‘We’re having our moment,’ says Shaun Roche, from Hunt Roche estate agents, which has six offices in the area. ‘It’s the most affordable place to buy a property just over an hour outside London.’ 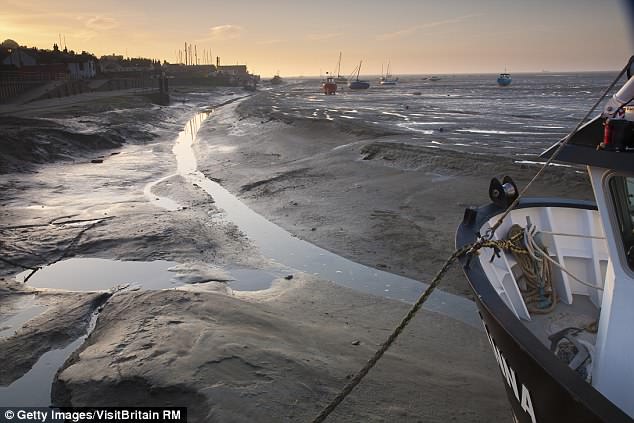 There’s no shortage of activities: sailing clubs, tennis clubs, golf courses and a multiplex cinema. The Cliffs Pavilion Palace Theatre is still going strong, too, despite a chequered history.

It opened on the seafront in 1912 and was named the Palace of Varieties. After surviving both World Wars, it hosted a forerunner of the TV talent show Opportunity Knocks and witnessed an early performance by Dora Bryan.

From time to time, it has closed down owing to financial difficulties, but now something is on every night.

Southend’s airport has helped build momentum following the Stobart Group’s £160 million investment. EasyJet and Flybe have increased their routes significantly to and from the airport, with the latter now running weekday flights in summer to Newquay in Cornwall.

‘Where once we used to attract traditional East Enders, now it’s yuppies who are moving here to start their families,’ says Mr Roche. ‘In posh Leigh-on-Sea to the west and Thorpe Bay to the east, you can get a beautiful four-bedroom semi for less than £800,000 — and in a conservation area, too.’ 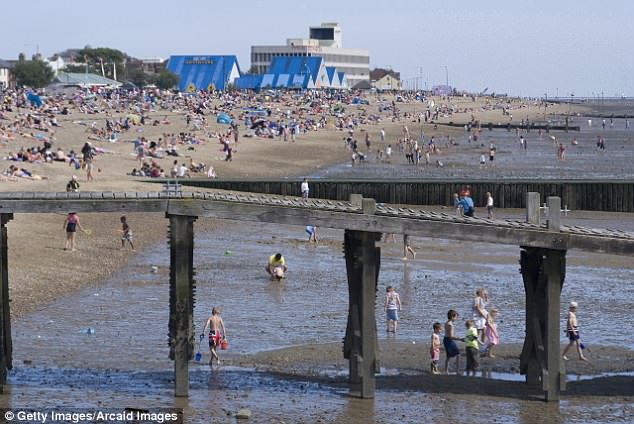 The once-famous Royal Hotel, built in 1791, no longer has bedrooms but has become a popular cocktail bar and restaurant, while the gleamingly new Seven Hotel on Clifton Terrace overlooking the pier has become a symbol of the town’s thrusting future, following a £4 million investment.

With its shiny decor and penchant for gold taps, it might not be to everyone’s taste, but it’s attracting a moneyed young crowd — in sharp contrast to its days as an old people’s home.

Southend’s links to London culturally might be fading, but they remain strong when it comes to commuting, with two rail links, one into Liverpool Street, the other into Fenchurch Street.

‘You can still get a lot for your money here,’ says Lee Hassan, from Blackshaw Homes estate agents. ‘For me, one of the biggest changes is the airport. It’s brought new people into the area and provides jobs. Certainly, we are much busier now than we were at this time 12 months ago.’