Pensioners are paying an average of £3,522 a year of income tax into Treasury coffers, new figures reveal.

Some six and a half million retirees forked over £24billion in total in 2015-16, the most recent tax year for which figures were available.

Around £21billion came from England, nearly £1.7billion from Scotland, over £800million from Wales and more than £400million from Northern Ireland, according to the official data obtained by Royal London. 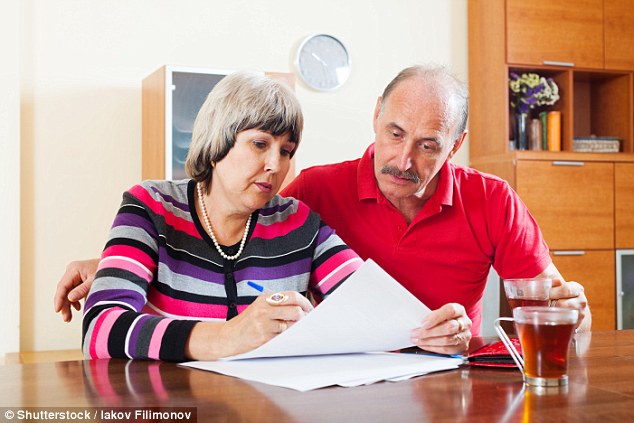 Tax bill: Some six and a half million retirees forked over £24billion in total in 2015-16

Looking at pensioner tax bills across the country, the highest were found in the London borough of Kensington and Chelsea, where the average pensioner who pays income tax shells out £32,250.

Find out where people in the UK pay the most income tax and the least below.

The tax paid by pensioners came from a variety of income sources, such as employment, self-employment and property.

It is estimated that the number has broadly stabilised since then, and stands at around 6.37million in 2018-19, Royal London said. 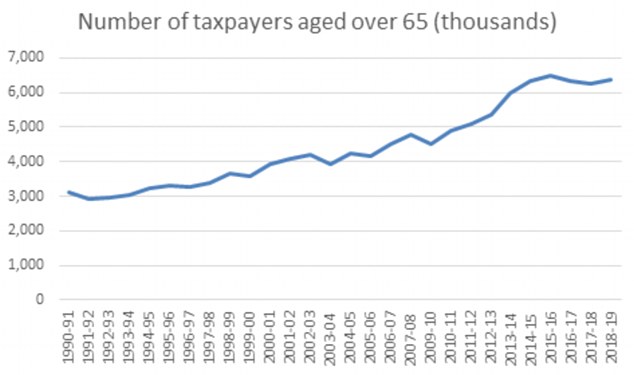 The figures supplied to Royal London for 2015-16 included around 400,000 women who had reached their state pension age but were aged under 65.

Royal London discovered that more than a quarter of taxpaying pensioners were still in paid work, with some 1.5million having employment income and 0.5million having income from self-employment.

Former Pensions Minister Steve Webb, who is now director of policy at Royal London, said: ‘Many people might assume that once you retire you cease to be of interest to the taxman. But these figures show that this is very far from being the truth.

‘The number of taxpaying pensioners has nearly doubled in the last two decades. With talk of also requiring pensioners to pay National Insurance on any earnings or even pensions, the older population may start thinking of themselves as “Generation still taxed”.

‘When planning for retirement it is vital to remember that the tax office will still want a slice of your income, which reinforces the need to put aside enough to secure a decent standard of living.’

Royal London revealed the figures following analysis of a Freedom of Information response from HM Revenue and Customs , as well as using data from published sources.