RUTH SUNDERLAND: The Citroen car boss who must put her motormouth into reverse 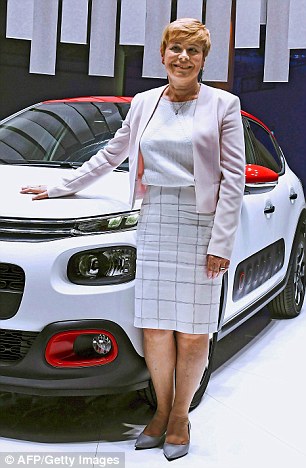 Linda Jackson has achieved remarkable things. For any Briton to become global chief executive of Citroen, that quintessentially French car maker, is a big deal.

For a woman to do it, even more so. That she has made such a success of it while grieving for her husband, who died of cancer four years ago shortly after her appointment, commands even more respect.

Given all of that, her views on women in the workplace in an article this week were sad and disappointing. She could have shown herself as an inspiring role model to other women – and men – but she missed an opportunity.

Jackson thinks feminism has been hijacked by extremists and says she can’t muster the energy to be indignant about low-level sexism. The #MeToo campaign, in her eyes, has been discredited by a minority crying wolf about imaginary predators and injustices. And it would be terrible, she adds, if women were given unfair advantages in the jobs market. To which I can only say: some hope.

Jackson points out she’s had to work twice as hard as a man to prove herself. Of course she has – and isn’t that the real issue, not the spectre of Germaine Greer and Gloria Steinem fomenting feminist revolt in your local branch of Lookers?

Why focus on the supposed issue of women who are #MeToo liars and fantasists, instead of highlighting widespread and proven injustices such as the gender pay gap?

Ms Jackson is working in a macho bastion better known for the ‘booth babes’ hired to promote the cars than its female bosses. An excess of feminism isn’t the biggest problem in the motor industry.

The rise in interest rates this week has captured the headlines, and it is certainly an important moment, but its impact will be relatively muted. What’s more worrying is the stealthy toll taken on wages by the UK’s abysmal productivity over the past decade.

Some suggest it is the worst since the 1820s, when the country was recovering from the Napoleonic wars. It is certainly bad: incomes have stagnated, so people have been treading water or in some cases grown worse off in real terms. 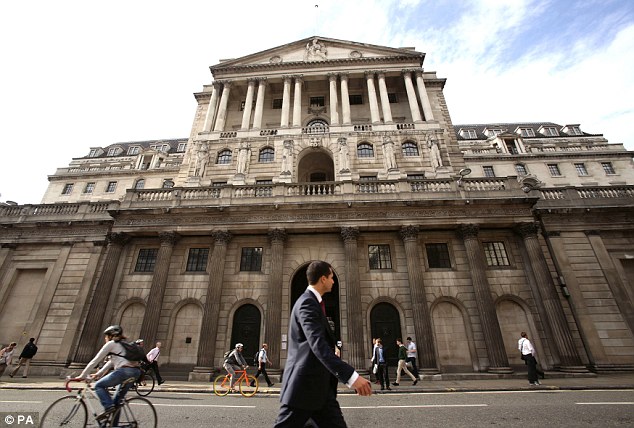 Wealth and living standards can only improve if productivity does, and in the UK that has just not been happening since the financial crisis. No one knows why productivity growth has been so weak, or even if it’s being measured properly.

It might help if we fixated less on a small rise in interest rates and devoted more energy to solving the productivity puzzle.

Imposing big increases in stamp duty on expensive homes and second properties must have seemed a good wheeze to the then Chancellor George Osborne, but it has had the opposite of the desired effect – the amount collected has gone down, not up.

Students of economics, familiar with the Laffer curve, will not be surprised. This principle is that if you tax an activity harshly, people will avoid doing it. So when stamp duty on high-priced homes rose from 7 per cent to 12 per cent in 2014, people started converting their attics and basements instead of moving. The 3 per cent surcharge for buy-to-let landlords and second home owners put a brake on those markets too.

It has contributed to the troubles of estate agents, as we report on page 52. It may seem like a case for the world’s smallest violin, but hold the schadenfreude: they are businesses that create jobs.

Philip Hammond moved in the right direction by exempting first time buyers from stamp duty in November. The Chancellor should follow up by reversing Osborne’s hikes. Of course, it will be difficult politically to cut tax for buyers of million-pound-plus homes, but if it means more money for hospitals and schools then it makes economic sense. Stamp duty is an inefficient tax, overdue for proper reform.