To its opponents, the £7billion hostile bid for engineering firm GKN is nothing short of an outrage.

The bidders – four clever fellows who set up a company called Melrose – are presented as a bunch of corporate raiders out to snatch a great British business for their own benefit.

In the eyes of their critics, the men from Melrose are committing the worst corporate crime since Kraft of the US purloined our Creme Eggs when it took over Cadbury in 2010. 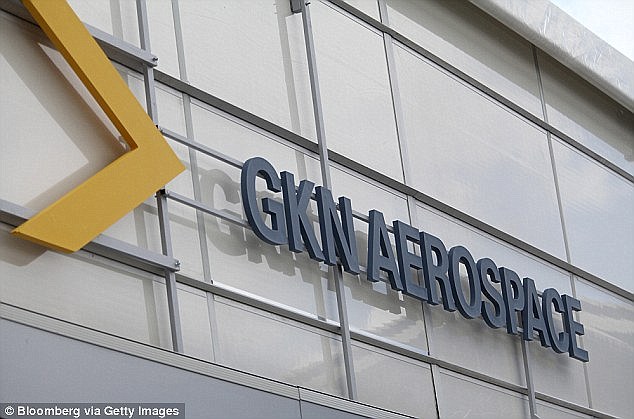 Trade unions and some politicians have lined up against the bid

Trade unions and some politicians including Andy Street, mayor of the West Midlands where GKN is based, have lined up against the bid.

There have even been calls for it to be stopped on the grounds of national security, because of GKN’s defence work.

Playing the British card may have a Brexit-y emotional appeal, but it isn’t very rational in this case. GKN is not a major defence contractor and Melrose is not a nasty foreign predator. It’s listed here, was founded here by four British chaps who we should assume are as patriotic as the next person.

They live here too, and presumably don’t want to sell sensitive technology to hostile nations any more than the rest of us do.

As for GKN, its American boss Anne Stevens proposes, as part of her defence, to sell off its Driveline division to a US buyer.

So backing the GKN side is hardly a way to save a great old company for the nation as it’s likely to be broken up and flogged abroad anyway.

There are white knights who could help fend off Melrose but, whatever happens, it doesn’t seem likely GKN will survive in its current form.

That firm’s supporters in the press and in Parliament have done a far better job at defending the company than it has itself.

GKN’s own efforts at presenting a case for remaining independent have been lacklustre and unconvincing.

The reality is that GKN had been a laggard for years and as such was a sitting duck for Melrose, whose raison d’etre is to identify and buy underperforming industrial firms, give them some tough love – then sell them at a profit.

It’s important post-Brexit to promote British manufacturing, but that isn’t synonymous with protecting historic firms for the sake of it. GKN is a good company, badly run, and Melrose might well give it a shot in the arm.

Melrose is not a slash and burn merchant. It invests in the companies it buys; its record on research and development is decent; and it has no history of pension fund abuse.

The weak point it does have is the extraordinary rewards it pays the top four, who could receive £285million between them if they make a success of taking over and turning round GKN. This is not the same situation as at housebuilder Persimmon, where the £100million-plus jackpot earmarked for its chief executive Jeff Fairburn was inflated by taxpayer subsidies via the Help To Buy scheme.

If the Melrose Four become captains of industry, their pay needs to be cut

Persimmon and Fairburn are now despised by their peers for bringing the entire housebuilding sector into disrepute.

At Melrose, it’s different – there are no public subsidies and the top four are entrepreneurs who set up their own company, not mere managers who lucked out.

Even so, a takeover of GKN takes them into a different realm.

It would take them from being plucky deal-makers to proper industrialists and as such put them on a more mature level of social responsibility where their pay scheme would need to be cut to a more reasonable size.

If the Melrose Four are to be captains of industry, they should be paid on a par with their peers in single-digit millions – which is still not bad.

Win or lose, though, they have probably done shareholders in GKN a favour by shaking a slumbering giant back to life.