Even in a retail sector that has become inured to suffering, a profit warning from John Lewis and Waitrose still has the power to shock.

There was a sharp collective intake of breath in middle-class households when Sir Charlie Mayfield, who chairs the partnership, said he expects profits to be ‘close to zero’ in the first half of this year.

John Lewis is investing for the long term and, no doubt, will bounce back. But the hollowing out of the high street marks a major social change. A town like Darlington, for instance, faces losing Marks & Spencer and its House of Fraser store. 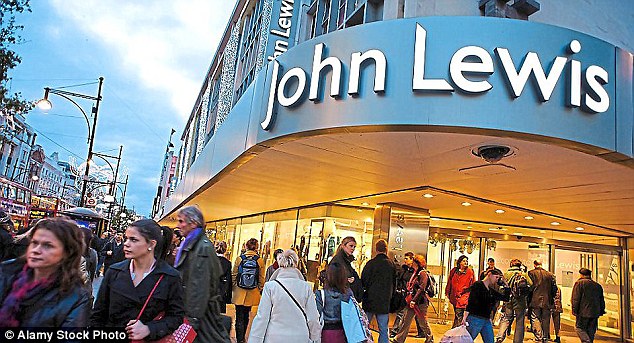 Ruth Sunderland says even in a retail sector that has become inured to suffering, a profit warning from John Lewis and Waitrose still has the power to shock

Customers vote with their feet. As with bank branches and churches, we get upset when our familiar shops disappear, as BHS, Woolworths and Allders have done, because we want them to be there, even though we don’t actually visit very often.

As well as the internet, the high street has been affected by social changes such as more women working outside the home and people putting in longer hours at the office. So there are fewer suppers cooked from scratch with food bought fresh that day, and more ready meals snatched from a convenience store at 8.30pm.

Fewer women have the time now that my mother’s generation did to dress up for coffee, cake and people-watching in Binns’ cafe.

It’s one thing when the likes of Toys R Us, Maplin and New Look are in difficulty, and no surprise when disaster strikes outmoded, dowdy department store chains like House of Fraser and Debenhams, which are marooned in their Are You Being Served-era heyday.

But when the slump spreads to seemingly imperturbable stalwarts like John Lewis, and analysts speculate it may have to dump its ‘never knowingly undersold pledge’, then you know things are serious. 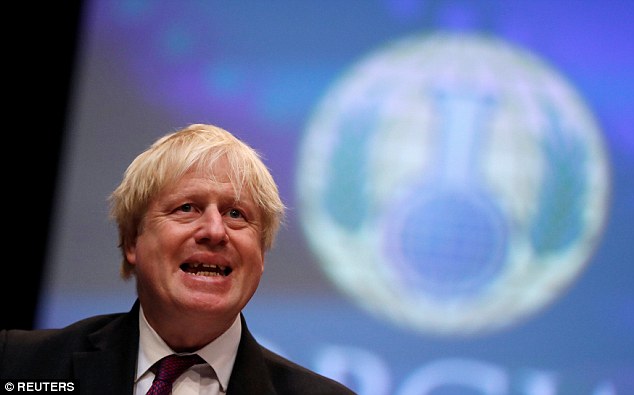 Relations between business and elements of the Conservative Party are at an all-time low. The extraordinary remarks by Boris Johnson – who when asked about the qualms big firms showed over Brexit, replied ‘F*** business’ – are not the worst of it, because everyone expects Boris to be Boris.

There are more misgivings over supposedly calmer figures such as Jeremy Hunt, who said it is inappropriate for businesses to ‘make threats’ about Brexit, and Iain Duncan Smith, who drew connections between the CBI and the appeasement of the Nazis. It’s a bizarre state of affairs that senior Tories, supposedly the party of business, are speaking in this way – and one suspects they wouldn’t if the Labour opposition were not quite so unpalatable to the business community.

Of course, the Government should listen to business: CEOs and entrepreneurs have evidence that is needed if we are to navigate a complex route to the best possible Brexit. You have to wonder what Sir Mick Davis, chief executive of the Conservative Party and a former boss of mining giant Xstrata, makes of it all. An obvious question is why any business leader would want to donate to a party that insults them.

Many congratulations to BAE Systems for winning a £20 billion warship order from Australia – but the idea that this coup is an endorsement of Brexit is absolute rot.

The deal is the product of several years of negotiation that started well before the EU referendum. It is a tribute to the quality of work and innovation going on at BAE and to the great British design and engineering skills that still flourish. The order reflects Australia’s thinking about its potentially vulnerable geographic position, which has prompted increases in its defence budget, but the notion the Aussie government would have been swayed by the referendum into buying British is wide of the mark.