Ryanair is opening a new base in Britain – in an apparent U-turn after warning that Brexit would be a disaster for the UK and the country’s airline industry.

The budget airline said it will start flying out of Southend in April, which sent shares in the airport’s owner, Stobart, soaring.

In March, Ryanair boss Michael O’Leary threatened to ground planes in a bid to force voters to rethink their position on leaving the EU. 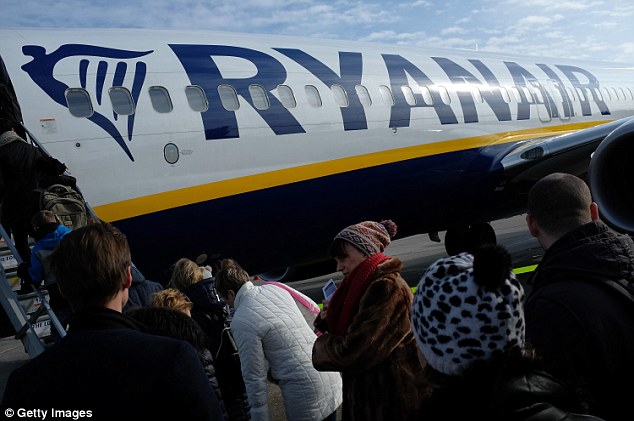 UK base: Ryanair said it will start flying out of Southend in April, which sent shares in the airport’s owner, Stobart, soaring

He told an audience of airline leaders: ‘It’s only when you get to that stage you’re going to persuade the average British voter that you were lied to in the entire Brexit debate.’

But Southend will become its 14th UK base, creating 750 jobs, with Ryanair operating 13 routes to eight countries from the Essex airport, with destinations including Barcelona, Corfu, Milan and Venice.

But Ryanair chief commercial officer David O’Brien insisted the company was still as gloomy as ever about Brexit.