Said no to a smart meter? Prepare for a deluge of junk mail

Homeowners who have refused to have a smart energy meter installed face being bombarded with junk mail after power suppliers were given the green light to target customers who have previously said ‘no’ to an upgrade.

Smart meters show exactly how much energy you are using minute-by-minute in pounds and pence and send this data automatically to your supplier.

But customers are allowed to refuse to have one, and many have told Money Mail that they have legitimate concerns about safety, their privacy being eroded and energy firms gaining remote control over their gas and electricity supply. 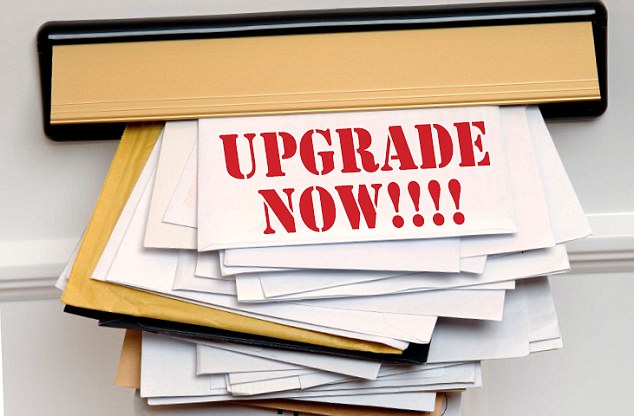 In a letter to suppliers yesterday, the energy watchdog said it expected firms to ‘ramp up’ the number of meters they install over the next three years and told them to take ‘all reasonable steps’ to get devices in every home by the end of 2020.

Crucially, this will include ‘re-contacting’ customers who have declined a meter, says Ofgem.

The six-page letter said suppliers should work out exactly what each customer is concerned about and why they previously rejected a smart meter. These ‘motivations’ should then be taken into account as firms try to persuade more people to sign up.

For example, if someone refuses a smart meter because they’re worried their privacy will be eroded, or that criminals may get hold of their data, they could receive a letter explaining the devices will not store their name, bank details or other personal data.

Equally, if a customer tells a call centre operative that they are worried about smart meters causing fires or gas explosions, they may receive safety information.

Money Mail understands that if a customer says they no longer wish to be contacted about smart meters, suppliers will be allowed to wait just a few months before beginning another barrage of letters, emails, calls and texts in a bid to change the person’s mind.

However, in a step forward for our Stop The Smart Meter Bullying campaign, the watchdog did tell suppliers they must avoid being ‘overly repetitive and coercive’ with customers.

It will mean taking into account the number of times the customer has been contacted and if tactics have angered that person. The letter urges firms to ‘adapt’ the way they contact customers based on the feedback and complaints they have received. 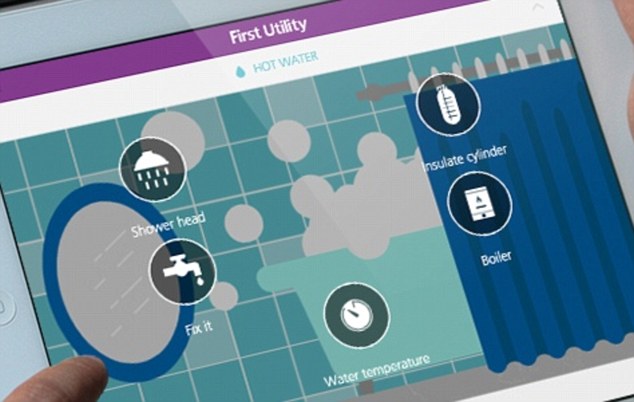 In April, Money Mail sent a dossier of dozens of complaints to Ofgem from readers who felt bullied and harassed into accepting one of the new devices.

A spokesman for the watchdog said our file had been taken into account when it wrote to suppliers, published online yesterday.

One of the worst offenders in our dossier, E.ON, has already been ordered to change letters which did not make clear the meters were optional. E.ON’s letters now include the words: ‘If you don’t want a smart meter at this time, please call us and let us know.’

The most recent evidence sent to our offices suggests some companies are still claiming that upgrading to a smart meter is a ‘legal requirement’ when it is not.

Suppliers are legally required to try to install smart meters in all homes by 2020, but the Government has ruled that homeowners have the right to refuse.

An Ofgem spokesman declined to say whether it would crack down on this practice.

And in a move that will infuriate many homeowners, Ofgem said firms can continue setting up installation appointments for people without obtaining their permission. The letter said these so-called deemed appointments, which upset many Money Mail readers, were ‘appropriate . . . as part of a wider suite of consumer engagement tools’.

However, the regulator did warn suppliers that they should stop making appointments for vulnerable people without their permission. This is likely to include the elderly and severely disabled, who should now be spared the worst of the pressure tactics.

The next wave of smart meter letters and emails could focus more on how the devices may help you save on your bills, Ofgem indicated.

Last week, Money Mail revealed how Maureen Fenton had saved around £30 a month by changing her habits after getting a smart meter installed and regularly checking her consumption on the display screen.

In a more positive development, the watchdog has ordered firms to allow any customer with a smart meter to switch their energy supplier from October.

So far 400,000 homeowners who have changed to a new company to cut costs have discovered that the smart functions — the display showing their usage and the technology that sends meter readings directly to their supplier — has been turned off.

This is because the devices issued so far (so-called SmetsI models) only work with the supplier that installed them.

The flaw in the technology is one of the key reasons some customers have rejected the devices.

A computer upgrade will take place over the next five months that should allow anyone who switches to keep their smart functions. From October, all homeowners getting a new smart meter will receive a SmetsII model which can be switched between suppliers.

The watchdog warns energy firms will face fines if they overstep the mark with their push to roll out smart meters.

The letter, which was signed by Jacqui Russell, Ofgem’s head of smart metering and market operations, said: ‘We are monitoring and engaging with suppliers where we see risks [of misleading information being sent out to customers]. Where suppliers continue to fail to address these risks, we will consider taking action.’

A source at a Big Six supplier said: ‘The letter sets out a number of problems and effectively asks suppliers to fix these themselves.

‘We need to be more creative but [to avoid overstepping the mark] firms need to know the minimum they need to do by the 2020 deadline and this still isn’t clear.’

An Energy UK spokesperson said: ‘Energy companies are working hard so as many people as possible experience the benefits of smart meters and to ensure the rollout is carried out safely, efficiently and cost-effectively. ‘