Sainsbury’s latest annual results have revealed a ‘return to growth’ for the supermarket giant just days after it confirmed plans to merge with Asda.

The group reported underlying profit before tax hit £589million with profits in the second half of the 2017/18 year rising 11 per cent.

It saw improving margins in its food and grocery arm but said general merchandise struggled in a ‘competitive’ environment. 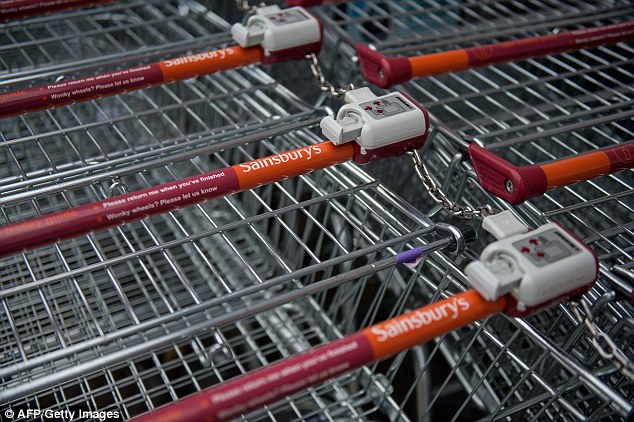 The latest results follow a confirmation on Monday that Sainsbury’s and Asda have been in long-running discussions to merge the two companies, with Walmart, Asda’s current owner, taking a 42 per cent stake in the new combined business.

The confirmation of the deal sent Sainsbury’s share price shooting 15 per cent higher earlier this week.

However, the latest annual results published on Wednesday morning failed to woo shareholders with its stock falling one per cent in early trading.

Mike Coupe, group chief executive, said: ‘We have accelerated the rate of change and innovation across the group and more customers are choosing to shop with us than ever before as a result.

‘I am pleased to announce an increase in underlying profits before tax to £589million, driven by delivery of Argos synergies, efficiency savings across the group and improving food margin trends.

‘We are focused on making Sainsbury’s a destination of choice. We are clearly differentiated by the quality of our food and we have recently invested a further £150million to lower prices.’ 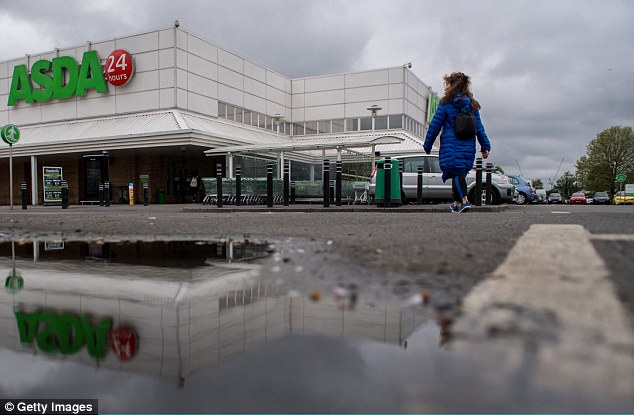 The confirmation of a merger with Asda sent the Sainsbury’s share price up 15 per cent on Monday, but its annual results failed to have the same impact with the stock falling back 1 per cent

Profits at Sainsbury’s Bank are expected to take a ‘significant’ hit over next year, the group said, falling by more than half to around £30million from the current level of £69million as lending margins ‘remain under pressure’.

The firm said new accounting standards and interest payments on external capital raising in November would see profits in its banking arm fall and would inject a maximum of £110million into the business over the next year.

‘We will take a cautious approach to unsecured lending while maintaining focus on mortgage growth,’ its statement said.

The group aims to make £500million of savings every year until 2020/21 after delivering £540million over the last three years.

Around 15 stores were closed last year, it said, and 24 new convenience stores and three supermarkets were opened.

This year the group said it expected to open two supermarkets and 15 convenience stores. 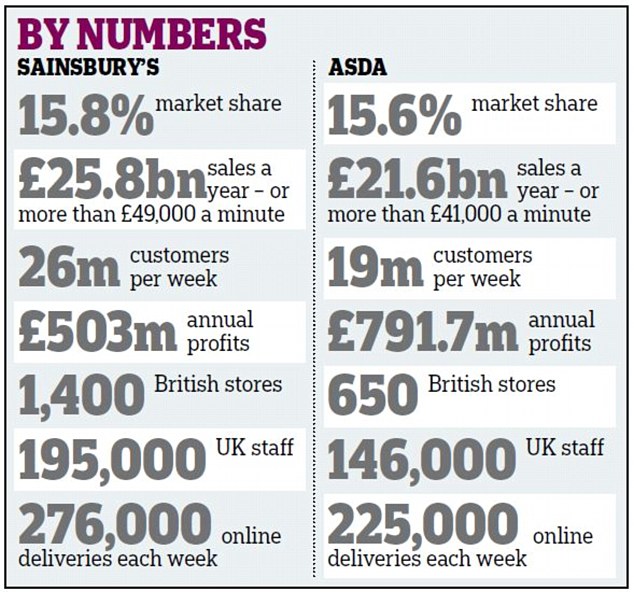 On its outlook, Sainsbury’s said the market remained ‘competitive’ but added it was focused on delivering its strategy.

Its four priorities, aside from the Asda merger, are to improve its food range, grow its merchandise and clothing, diversify Sainsbury’s Bank and continue cost savings with ‘transformational’ changes to its store model.