Asda’s headquarters in Leeds is to be demolished and hundreds of Sainsbury’s staff moved from London, following the £14.1billion merger of the two supermarkets.

Asda House, where 3,000 people work, is set to be rebuilt as an enlarged base for staff of both supermarkets, the Mail has learned.

Hundreds of Sainsbury’s staff will then be moved from London to the Yorkshire as the company looks to axe £200million of costs following the merger.

It will see Sainsbury’s become the latest giant British company to move managerial and administrative jobs from London to save costs. 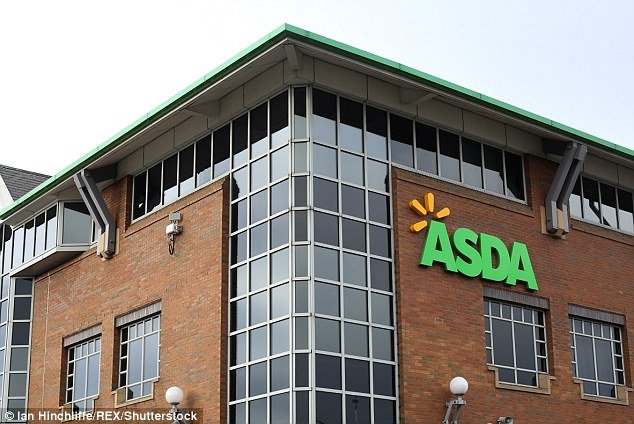 Condemned: Asda’s headquarters in Leeds is to be demolished and hundreds of Sainsbury’s staff moved from London

Last month, BT said it was to shut its main London headquarters and move thousands of jobs out of the city.

However, the Sainsbury’s move risks putting it at loggerheads with more staff. It axed 500 employees three years ago and then 2,000 more workers last year. It has also changed working contracts, leaving some long-serving staff worse off.

MPs have already expressed concerns about the future of Asda House after the two supermarkets join forces.

But the Mail has discovered that Asda House is under threat from the planned high-speed railway HS2, which is set to run through Leeds.

Under current plans, a new station being built for HS2 will run directly into Asda House.

If passed in parliament, Asda will be forced to give up the building to HS2 contractors by 2022, meaning staff are likely to need to move out.

Sainsbury’s is eyeing this an opportunity to build a bigger headquarters in the Yorkshire city and move staff there from London.

In a letter last month to Rachel Reeves MP, chairman of the Business, Energy and Industrial Strategy Committee, chief executive Mike Coupe said: ‘I can confirm that following the combination of Sainsbury’s and Asda, we would continue to have a strong presence in Leeds, alongside our existing office locations.

‘This makes good strategic sense given the three core UK retail talent pools are based on the M62 corridor, the Midlands and London.’

And Asda chief executive Roger Burnley wrote in a separate letter: ‘We are absolutely dedicated to having our head office in Leeds. This was an assurance we gave to Leeds City Council.’

But Coupe has admitted that it will slash management jobs. He said ‘a very small number of well-paid managerial roles will be duplicated across the group’.

Last month Coupe pocketed £1.8million worth of shares, shortly after he was caught singing We’re In The Money as the Asda deal was announced.

Sainsbury’s said: ‘Our colleagues already work from a number of office locations across the country, including London, Edinburgh, Manchester, Coventry and Milton Keynes. Following the merger, we will also have colleagues based in Leeds.’