Sainsbury’s was the worst performer of the big four supermarkets in the latest three month period, according to industry data.

It saw growth of 1.2 per cent in the 12 weeks to August 12, market researcher Kantar Worldpanel said.

That trailed the growth of 2.6 per cent delivered by Asda, 1.8 per cent at market leader Tesco and 2.7 per cent at number four Morrisons. 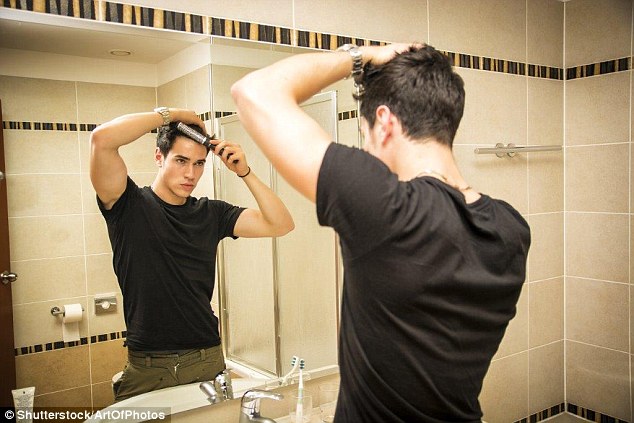 Grooming: According to the data, Love Island is behind a 16% uplift in men’s skincare products

Total supermarket growth was 3.5 per cent, while grocery inflation for the 12 week period was 1.9 per cent, according to Kantar Worldpanel.

The growth of branded products has outstripped that of own label lines for the first time since May 2015, the figures show.

Heavily branded categories – such as savoury snacks, ice cream and soft drinks – performed particularly well over the hot summer months, helping branded growth of 3.9 per cent overtake that of total own label.

Fraser McKevitt, head of retail and consumer insight at Kantar Worldpanel, said: ‘Willingness to spend that little bit extra to fully enjoy the summer sunshine has helped push brands ahead of their own-label counterparts.

‘At Tesco and Sainsbury’s branded growth has outstripped own-label for a while and – as the two biggest retailers in the grocery market – this has contributed to the market shift.

‘More expensive premium own-label lines across the market are still growing strongly though – up 6.3 per cent.’

In July, thirsty Britons spent an additional £67million on alcoholic drinks, while non-alcoholic beers were cheered on by the sun with sales up 58 per cent compared to this time last year.

Soft drinks also increased – up 28 per cent. Meanwhile, television show Love Island is believed to be behind a 16 per cent jump in spend of men’s skincare products. 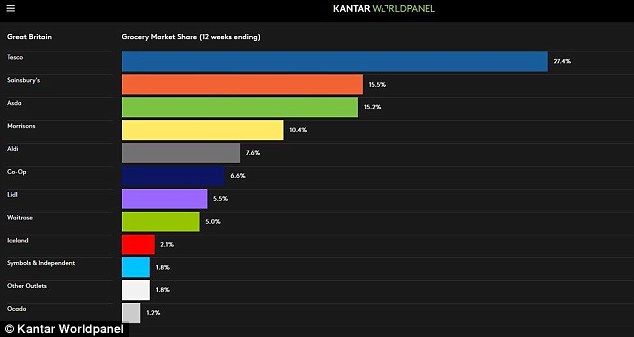 League table: Tesco continues to be Britain’s biggest supermarket by market share by a considerable distance

The last time Co-op saw sales growth of 7.8 per cent it was still benefiting from the acquisition of Somerfield.

Fraser says that consumers’ current preference to shop locally when the sun is shining has helped Co-op attract an additional 263,000 new shoppers through its doors.

The retailer also saw the average customer visit 22 times over the 12-week period, contributing to a market share increase of 0.3 percentage points to 6.6 per cent.

With growth up 2.7 per cent, Morrisons regained its position as the fastest-growing of the big four supermarkets.