Saudis abandon £1.6trillion float of Aramco in bruising setback for the UK Government

Plans for the world’s largest stock market float have been axed – dealing a major blow to the UK Government and the London Stock Exchange.

Saudi Arabia has ditched proposals to list shares in state oil giant Aramco in a deal that could have valued it at £1.6trillion.

Advisers have been disbanded with a Saudi source telling Reuters: ‘The decision to call off the initial public offering (IPO) was taken some time ago, but no-one can disclose this, so statements are gradually going that way – first delay then calling off.’ It is a huge disappointment for the Government, which had been desperate for the listing to take place in the UK in what would have been a major boost for post-Brexit Britain and the LSE.

London was locked in a battle with New York and Hong Kong for a slice of the business, with both Theresa May and Donald Trump joining the fight.

The Financial Conduct Authority even changed stock exchange rules to allow sovereign companies to float less than 25 per cent, triggering fury over what was seen as a blatant attempt to woo the Saudis – who only wanted to float 5 per cent – at the expense of smaller investors. The collapse also rips away a £1billion fees bonanza for lawyers, bankers and advisers.

Saudi Deputy Crown Prince Muhammad bin Salman kicked off major excitement when he announced the float in 2016, saying he hoped it could take place in late 2018. He wanted to drum up funds to make the Saudi economy less dependent on oil as part of a modernisation drive.

It kicked off a battle among stock exchanges vying for the lucrative and prestigious listing, with New York and London soon emerging as frontrunners. 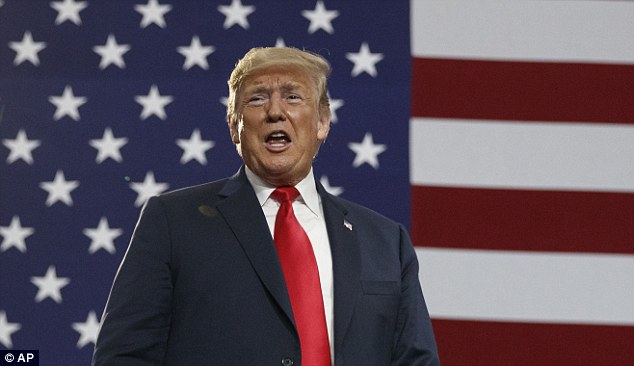 President Trump made a public pitch for the business in November last year, saying on Twitter: ‘Would very much appreciate Saudi Arabia doing their IPO of Aramco with the New York Stock Exchange. Important to the United States!’

London was thought to have an edge over New York because of concerns the US was more litigious and the prospect of lawsuits over the 9/11 terror attacks.

Aramco has been under government control since it was nationalised in the 1970s, but going public would give investors and regulators the chance to look under the bonnet like never before.

In April sources told Reuters that an audit of its oil reserves as part of the preparation for its IPO had found it had reserves of at least 270billion barrels – higher than the 260.8billion it had reported in 2016 review.

However, doubts started to emerge about the float, with little progress made towards the end of last year. Saudi Arabia is now shifting its attention to a proposed acquisition of a ‘strategic stake’ in local petrochemicals maker Saudi Basic Industries Corp, sources last night said.

Industry experts questioned whether the £1.6trillion valuation predicted by the prince was realistic, instead hindering the process of preparing the IPO for the advisers.

One senior financial adviser said: ‘The IPO has been called off for the foreseeable future.’

How May joined the fight She was joined by Sir Xavier Rolet, then chief executive of the London Stock Exchange, who was the only businessman to join her on the trip.

Aramco was set to be valued at £1.6trillion when it sold 5 per cent of its shares, meaning a listing could have been worth millions to the UK.

Ministers also hoped Saudi could invest proceeds of the share sale across Britain.

Downing Street said at the time that the Prime Minister had set out the advantages of listing in London, such as its expertise and financial services.