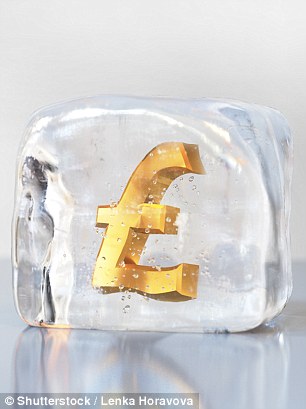 Frozen: James Hawken’s with profits pension has not seen a penny of growth for 12 years

A saver whose pension has seen zero growth for 12 years has launched a national campaign for fair treatment of people stuck on similar deals.

James Hawken, 49, wants to rally support among savers left out of pocket after taking out ‘with profits’ products, pile pressure on politicians to investigate and potentially launch legal action against providers.

In a case highlighted by This is Money last year, he has not seen a penny of growth on his £15,333 pension pot with Phoenix Life for years, while shelling out 2 per cent in annual fees. He would have to forfeit 17 per cent of the fund if he moves it before he is 55.

Mr Hawken is urging other savers to follow his lead in complaining first to their pension firms, then to the Pensions or Financial Ombudsman, and finally to their MPs, via his newly created website at https://pension-gone-wrong.com.

He has also sent details of his case to the Financial Conduct Authority, which is currently reviewing whether with profits customers are being treated fairly by firms, and the Treasury Select Committee in the hope that MPs will also probe the issue.

‘With profits’ products were touted as ‘smoothing’ returns during the ups and downs of financial markets.

Some managed to achieve decent performance but many did not, and their reputation was ruined by the Equitable Life scandal as customers suffered big losses when the firm failed to make promised payouts.

WHAT DOES ‘WITH PROFITS’ MEAN?

With profits products come with a promise to ‘smooth’ payouts – some profits are put aside in good years to maintain payouts in bad years.

With profits pensions peaked in popularity in the 1990s. They are now out of favour due to dwindling payouts, low annuity rates, and a lack of transparency about how charges are set, money is invested and bonus decisions reached.

He also feels he was passed from pillar to post when he tried to complain to the firm, the Financial Ombudsman and City watchdogs.

On his new website, Mr Hawken says: ‘Every Government and publicly funded organisation I have dealt with, they all get their pensions.

‘But there are tens of thousands of us who will not and yet the companies who manage these so-called pension pots of failure, still get handsomely rewarded because of the Government rules.’

Phoenix Life said last year that Mr Hawken’s fund has high guarantees, and in the early 2000s was at a high risk that falls in its value meant it could not meet all of these guarantees.

Therefore, assets were moved from higher risk asset classes like shares and into lower risk one such as government and corporate bonds, and all policyholders were sent letters about this at the time. The company also defended its fees and exit penalty.

When asked for comment again, Phoenix said it was reviewing options for all policyholders impacted by ‘market value reductions’ in Mr Hawken’s fund, but its workings on this were at a very early stage. See its statement below, and read its full explanation about the performance of Mr Hawken’s fund here.

Veteran financial adviser Brian Dennehy, managing director of FundExpert.co.uk, has read Mr Hawken’s original contract, which was taken out with National Provident before it was acquired by Phoenix.

What is a market value reduction?

An MVR is what with profits providers call the sum it deducts if you surrender the policy early, a practice aimed at protecting other holders who stick with the fund.

Mr Dennehy thinks the terms could be open to legal challenge on the grounds they are unfair – for example, that the management charges can be varied effectively whenever the firm wants.

He says: ‘It appears the investment value hasn’t changed, implying that there is no investment management going on. Therefore it’s not clear how they can justify this scale of charges.’

Mr Dennehy has previously explained how some with profits pensions like Mr Hawken’s took a big hit to investment performance in the early 2000s.

He questions whether regulators were to blame, claiming they panicked after the Equitable Life scandal and ordered some firms to sell stocks at the bottom of the market in 2003.

And he believes Mr Hawken and others with similar products should pressure their MPs to get the matter taken up by the Treasury Select Committee, which could ask individuals who were at the centre of events in 2002-2003 to appear at hearings.

Since This is Money last highlighted his case, Mr Hawken has:

* Gained the support of his local MP, Michael Ellis, who wrote to the Treasury Select Committee and spoke to its chair Nicky Morgan MP on his behalf, and says he is willing to help further in future.

* Submitted details of his case to the Financial Conduct Authority, which is reviewing firms’ treatment of with profits customers. The FCA gives more details about its ongoing review here. The watchdog has not said when it will report its findings. 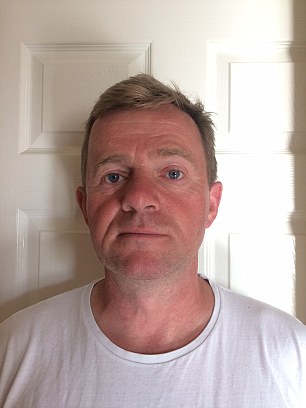 James Hawken: ‘Every Government and publicly funded organisation I have dealt with, they all get their pensions. But there are tens of thousands of us who will not’

* Written direct to the Treasury Select Committee chair, Nicky Morgan, asking her to investigate what has happened to his pension and those of other with profits holders.

* Complained to the Pensions Ombudsman, in addition to his earlier complaint to the Financial Ombudsman.

A spokesman for the Treasury select committee said: ‘The committee has received Mr Hawken’s email, and will respond in due course, but it’s worth noting that the committee cannot deal with individual cases.

‘The committee may choose to raise the issue of “with profits” policies more broadly with the FCA.’

The FCA repeated the statement about Mr Hawken’s case it made last year, which said: ‘Whilst we cannot comment on individual cases, we expect firms to consider their obligations towards treating customers fairly.

‘The FCA has detailed rules and guidance specifically for firms carrying out with-profits business. These include regulations about treating with-profits policyholders fairly.

‘In line with our 2017/18 Business Plan, earlier this year the FCA commenced a review of companies with with-profits business. Whilst this work will not look at historic practices, one of our priorities is firms’ treatment of existing customers.’

A spokeswoman for Phoenix Life said it had reviewed Mr Hawken’s case.

‘As a business, we are always looking at ways we can help customers, and work closely with the regulator,’ it said.

‘For all the policyholders impacted by Market Value Reductions in this particular fund, we are reviewing options but our workings on this are at a very early stage. We will inform our customers when any decisions have been made.’