Savers are being kept in the dark about measly rises in rates, Money Mail can reveal.

Little-known rules allow banks and building societies to pass on less than any rise in the Bank of England base rate without letting you know.

Instead, the onus is on you to find out if you have been short-changed by trawling through notices in branches, adverts in newspapers, lists of rates on websites, or by ringing a helpline. 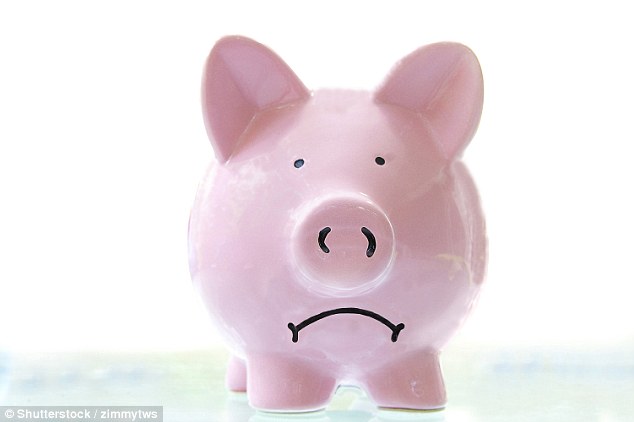 Few banks have given savers the full boost from the base rate rising to 0.75 per cent

The practice is at odds with what happens if you suffer a cut in your rate, where rules laid down by City regulator the Financial Conduct Authority (FCA) state that if you have at least £100 in your account, the firm must contact you personally to let you know.

Experts say the loophole in the FCA rules could leave many savers thinking they are getting the full benefit of two 0.25 percentage point increases in base rate since last November.

As Money Mail details here, few banks have given savers the full boost from the base rate rising from 0.5 per cent to 0.75 per cent about two weeks ago. The same happened in November.

Martyn James, of complaints website Resolver, says: ‘The same rules should apply when rates go up as when they go down. An increase in a rate that is less than a base rate rise is unacceptable to savers.’

Justin Modray, of Candid Money, adds: ‘Banks have made a lot of money from customers over the years and short-changing savers after the Bank of England base rate rise is another example. Ultimately, it’s down to consumers to ensure they receive a fair deal, but the banks know most don’t bother, so they profit from this.’

A spokesman for the FCA says: ‘We are considering the introduction of a basic savings rate for older accounts which would promote competition and help get customers a better rate of interest.’