At last, some cheer for ailing retailers: Scorching summer hots up fashion sales

Retailers have been handed a welcome boost by the baking hot weather, which has sent demand for fashion clothing soaring.

Sales at online giant Asos have surged 25 per cent in the past three months as shoppers have rushed to spruce up their wardrobes, according to analysts.

The demand for new clothing follows a dismal start to the year marked by falling visits to high streets that sent some chains into a spiral. 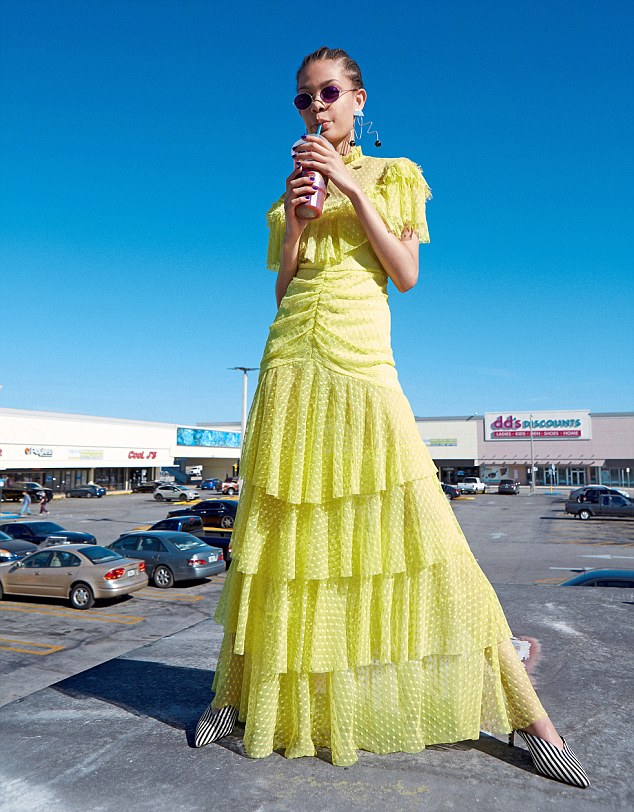 It means that annual sales at Asos will now easily top £2billion and cement its position as one of Britain’s most successful retailers.

The growth forecast – ahead of next week’s quarterly trading update – comes on top of a 20 per cent rise in Asos retail sales in the previous quarter to the end of March.

In a sign of its mounting ambitions, the fashion firm appointed ITV and Royal Mail boss Adam Crozier as chairman last week.

But the boost from the weather may have come too late to salvage profit margins at some other retailers. Debenhams and House of Fraser already have sales offering 70 per cent off. House of Fraser agreed a plan with landlords last month to close half its stores.

Peel Hunt analyst John Stevenson said: ‘While the sector backdrop has been highly promotional, we expect Asos to have enjoyed a strong trading period through the hot weather, delivering an acceleration in sales without excessive markdown.’

Meanwhile Waitrose said rising temperatures have sent shoppers straight for the supermarket freezer aisle, with sales of ice cream doubling and ice rising by 125 per cent.

Other items flying off its shelves include dressed salads and soft fruit with suncare products hitting their highest in two years.

A flurry of barbecues prompted an rise in sales of burgers, speciality beers, rose and sparkling wine – the latter rising 91 per cent.

Other retailers have also benefited. Wickes said the heatwave across the UK had led to a 600 per cent increase in online sales of its own-brand eight-pattern sprinkler.