Not far from the small Scottish village of Tyndrum, where Robert the Bruce suffered a rare defeat at the hands of the Clan MacDougall back in 1306, a new industry is emerging from the very hills themselves.

Scotgold Resources has just secured funding to build a small underground gold mine at Cononish, just a few short miles from Tyndrum, on a site that previously witnessed some small-scale production in the late 1980s.

And in terms of the global gold mining industry, the new production will be relatively small scale too, at around 30,000 ounces.

But that is actually ideal for this nascent industry, that will nevertheless bring employment and investment into an area that has suffered significant economic hardship in recent years. 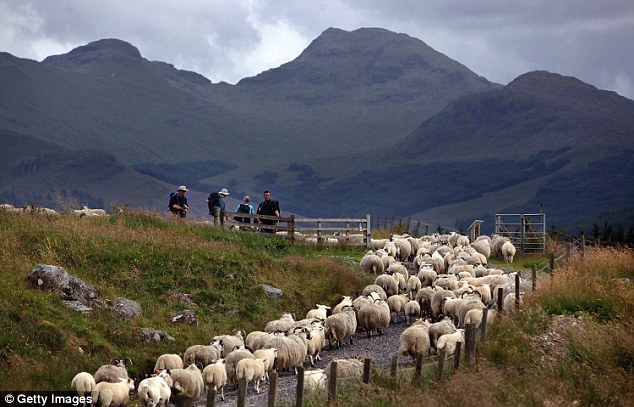 Scotgold Resources has secured funding to build a small underground gold mine at Cononish, just a few short miles from Tyndrum

The project is in a National Park, and it took some debate before the go-ahead was granted. One of the conditions is that the industrial footprint is kept to a minimum.

But this is relatively easy, since Scotgold will be boring into the rock and mining underground, rather than digging a huge open pit typical of the world’s larger gold mining operations.

What’s more, Scottish gold is known to command a premium over other types of gold, so it wouldn’t do to produce too much of it. Scotgold plans to sell around 30,000 ounces a year into this premium, a relatively small amount in global terms, where a large mine can produce upwards of a million ounces a year.

To be sure, existing investors have had to wait a while for this outcome, as the company has sought permission to mine from the Parks authority and faced some opposition from mainly urban day-trippers.

But those obstacles are all now cleared. Shares in the company soared in morning trade on Friday 18 May after the company announced that it had secured the final tranche of the funding required to put the Cononish gold mine in Scotland into production.

‘I come from an operational background, and I joined Scotgold with a view to getting things up and running. This new funding means we can now focus on the road ahead.’

The new money comes in a familiar form: a standard split between equity and debt. The equity component comes from a £4million oversubscribed placing of shares issued not at a discount, but at the mid-market price on 17 May. That’s a big tick in the box, and speaks of the attractions of Cononish to private equity and high net worths. 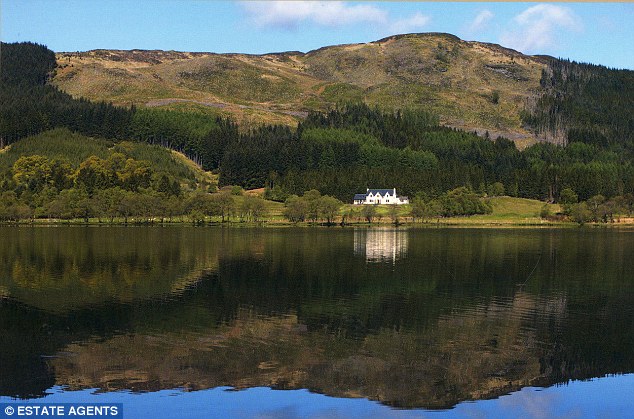 The debt comes in the form of a secured loan facility with Nat le Roux, Scotgold’s chairman and largest shareholder. He has consistently backed the company ever since he became involved, and his support has allowed Scotgold to negotiate a tough financing environment in which Cononish has been deemed too small for major institutions to be interested in, but too big to go it completely alone.

There will now be a short period of tying up loose bureaucratic ends before Scotgold gets onto the ground and begins construction.

‘We need to complete our legal agreements with the Parks Authority,’ says Gray. ‘We are applying for an employment agreement and we need to submit detailed design work.’

But once the development timetable proper kicks in there will be a three-month period to allow for the sourcing of suppliers and to finalise contracts, and then construction will begin.

The first item on the agenda will be a widening of the existing underground access tunnel. Thereafter Scotgold will work progressively on developing the first ramp and installing the ventilation systems before moving on to first stoping.

While that’s all going on, the new plant will be coming in, and installation will get underway.

All told, says Gray, it should take the company just under a year to get into production. During the first phase of production Scotgold expects to process around 3,000 tonnes of ore per month. The cash generated from that mining activity will then be fed back into the project and allow for an expansion to 6,000 tonnes per month.

All told, according to a feasibility study produced last year, Cononish is likely to generate between £67million and £100million in earnings over the life of the mine. The pre-tax net present value was put at £43million, using a 10 per cent discount rate.

Those numbers were predicated on a $1,150 gold price, or around £920 per gram so there’s still plenty of room for manoeuvre in spite of gold’s recent decline against the dollar.

‘We have a very low cost per ounce of production,’ says Gray.

One reason for that is the high grades at Cononish. The resource may be small at just over 600,000 tonnes of ore, but with the gold running at 11.1 grams per tonne gold, it’s likely to be highly profitable to mine.

There’s also the premium for Scottish gold to consider. That’s hard to quantify, but Gray is convinced it will be beneficial.

‘Whatever the spot price is I’m convinced we’ll achieve a premium from this gold,’ he says. There’s still some work to be done yet, though. ‘The job isn’t done when the money’s raised,’ continues Gray. ‘The job’s done when the gold’s coming out of the ground.’

But what has he got planned between now and then to keep investor interested focused firmly on the company during what’s likely to be a period of relatively sparse newsflow?

‘We’ll be looking at our Grampian projects and exploration,’ he says. ‘The money that we raised is more than we need just for Cononish. It would be wonderful if we could identify another project the size of the Dalradian one.’

The Dalradian project, across the Irish sea but on the same geological trend, is the largest gold mining project in the British Isles. And if that seems a tad ambitious, in due course there will also be exploration in and around Cononish.

At the moment the mine life there is set at ten years. But with a bit of work it could conceivably go higher.

‘Once we’re a couple of years into it I can see Cononish having its own little exploration programme,’ says Gray.