ScottishPower to jack up energy bills for 900,000…

ScottishPower becomes the fourth big energy supplier to raise prices TWICE this year as it adds 3.7% to bills for 900,000 households

ScottishPower has become the fourth of the Big Sex energy suppliers to hike bills twice this year, after it announced today its standard variable gas and electricity tariff would go up by by 3.7 per cent.

The power giant said the changes will come into force on October 8 and add an average of £46 a year to the energy bills of 900,000 customers.

The move follows British Gas, EDF and Eon, which each announced second price hikes this summer after raising tariffs earlier in the year in response to higher wholesale costs. 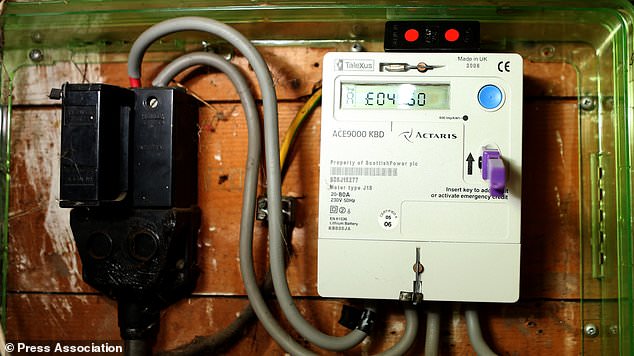 Neil Clitheroe, chief executive of ScottishPower’s retail arm, said: ‘We have seen significant increases in wholesale energy costs since April, and, like others in the industry, this means that we need to increase our prices.

‘More than two-thirds of our customers are on fixed-price products or other tariffs not impacted by this price change.

‘Those customers affected by the price change will be contacted and offered the opportunity to move to a fixed-price tariff alternative and avoid this increase.’

The Big Six energy company, which is owned by Spanish multinational Iberdrola, had already increased its standard variable gas and electricity prices for around a third of its customers from June 1, with 950,000 households hit by an average increase of 5.5 per cent.

The latest hike comes just weeks after British Gas said it is raising its standard variable tariff by 3.8 per cent.

Its safeguard tariff, which protects five million households from overcharging, will go up by £47 per year in October to £1,136.

The watchdog said it was increasing the cap due to rising oil prices, which have fed through to wholesale gas prices.

Beat the energy price hikes: Switch now to save £371 per year

These cost much more than their cheapest deals and are vulnerable to price hikes. The average standard variable rate tariff from the big six – EDF, E.On, British Gas, Scottish Power, Npower and SSE – now costs households £1,1 97 per year.

This is hundreds more than they could be paying on the cheapest deals for the same amount of energy used.

The cheapest tariff on the market at the moment in fact costs £857 per year from Usio Energy.

Below is a table showing the cheapest deals on the market at the moment, but you can use your postcode in our energy comparison tool (right) powered by energy helpline, our expert partner service to find the best deal for you.

You can read more about how to switch and the top energy saving tips.

Several energy companies have ramped up prices over the summer, affecting millions of households.

Consumer groups have warned energy customers about the rising tariffs, saying they should switch to a better deal.

Victoria Arrington, a spokeswoman for energyhelpline, said: ‘Consumers can hardly keep up with the tsunami of price hikes this year. This second ScottishPower price rise is yet another bitter pill to swallow for millions of households.’