Seen an advert or claim that’s absolute tosh? Fight back! Here’s how…

We’ve all seen them. The closing down sale that never closes. The ‘biggest ever sale’ that know couldn’t possibly be. The £10 tickets that don’t seem to be available for any date or time on which you try to book.

Sometimes these exaggerated claims are just annoying – if you spot them, you’re unlikely to be left out of pocket. But while you may not end up paying over the odds, someone not as eagle-eyed as you might.

So don’t let them get away with it.

If you’ve spotted something that isn’t true or fair, fight back for the sake of your fellow consumers. At the very least, it could stop them in their tracks before they try to see what else they could get away with.

Reporting a dodgy advert or claim is not hard. Here we explain how to do it. 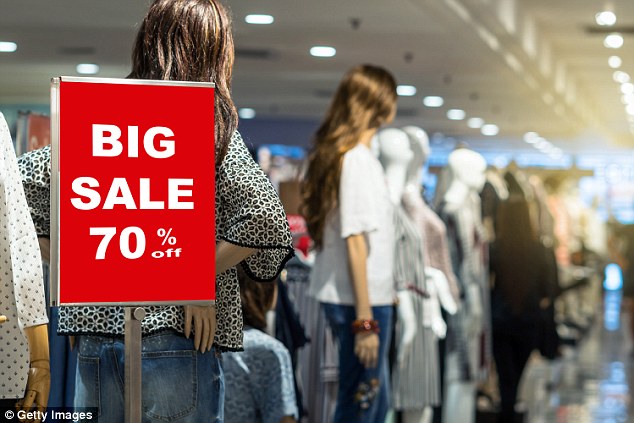 Watch out: If a sale isn’t what you were expecting from the advertising displayed you could have a justifiable complaint

If you see an advert that makes claims you know are at best dubious, at worst total rubbish

Make a note about the advertisement – where and when you saw it and what it contained. If possible, take a photo, video or screenshot of the ad.

Then head to the website of the Advertising Standards Authority, which will ask for this information and request that you fill in an online form.

Alternatively you can phone the ASA on 020 7492 2222 or write to it at Advertising Standards Authority Ltd / Committees of Advertising Practice Ltd, Mid City Place, 71 High Holborn, London, WC1V 6QT. The ASA will then decide whether or not to open an investigation.

It will keep you posted on its progress if you like, although you should be able to remain anonymous if you prefer.

Every week the ASA publishes its rulings. If the complaint is upheld, the misleading advert will be banned from that moment. Media publications often report these rulings as well, so attention is drawn to the company at fault.

The ASA can look into press ads, radio and TV ads including teleshopping presentations, ads on the internet, smartphones and tablets; ad claims on companies’ own websites; commercial email and text messages; posters and billboards; leaflets and brochures; ads at the cinema, direct mail – whether addressed to you personally or not.

If you are not sure whether your complaint is covered by the ASA, it told This is Money it is happy for people to contact it directly to check – and if not it will point them in the right direction.

Megabus had a web ad for its new Aberystwyth to Birmingham Megabus route featuring the text ‘From £1’.

They took it to the ASA, which found that there were fares for £1 – but only four per cent on the Aberystwyth to Birmingham route and three per cent on the London to Bath route.

The advert has now been banned.

Technically it was true that there were tickets from £1. But the regulator ruled that that was insufficient. It goes to show that if you think an advert is sneaky, but not technically incorrect, the regulator might think the same.

Banned: The Megabus ad, which said tickets cost from £1

If you shop in a sale that looks misleading

Retailers that advertise they are having a sale have certain rules they must comply with to ensure that claims of any savings are genuine.

Dubious discount claims might just seem a bit cheeky, but there are laws forbidding them, including the Consumer Protection from Unfair Trading Regulations 2008.

For example, the discount available must be spelled out clearly. A retailer can’t just say ‘Sale – now only £50’ without saying what the price used to be.

If they are claiming that the cost of an item has reduced, they can’t just put the item on sale at the higher price for a couple days and then charge the lower price thereafter.

An item should be on sale at the higher price for at least as long as the discounted price – and not years ago – it should be the most recent price.

A retailer must also tell you all the information you need to make an informed decision about whether or not to buy something. There should be no nasty surprises when it arrives, when you open the box, or when you get it home. If there are, the trader has committed an offence. 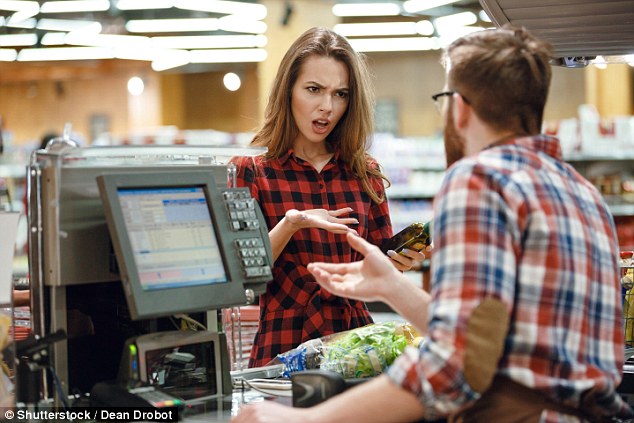 Unreasonable? Even when you’re not caught out by something misleading, it can pay to do something about it to prevent others from tripping up

If you’ve bought something – or seen something for sale – that looks misleading or dubious, you can get in touch with Trading Standards via Citizens Advice.

They will look into it and decide whether or not to take action. You should also contact the retailer directly to complain.

A spokesperson for consumer watchdog Which? adds: ‘Special offers shouldn’t be misleading, and any higher price mentioned should be a genuine price. If you believe an offer has been misleading, it would be advisable to gather any evidence you can. Let the retailer in question know your concerns and send it a copy of the evidence you’ve gathered.’

If you get bogged down in a dispute with a company

When you reach stalemate with a company over a complaint or poor treatment, it can be easy to think there’s nothing left to do.

However, there are several ombudsman services that can resolve disagreements, and force a company to compensate you if it believes you have been unfairly treated.

The Financial Ombudsman Service covers disputes with financial companies, such as banks and lenders.

Other ombudsman services can help resolve issues with communications providers, energy suppliers and some retailers.

An ombudsman can also help with issues in the property sector, between customers and estate agents, surveyors and letting agents.

The ombudsman will look at the circumstances and make a ruling – it can require a company to reimburse you and offer compensation if necessary. You are not charged for using the ombudsman services.

You can always go to court as a last resort

It is possible to take a company to the small claims court for a claim worth £10,000 or less. Some of the most common claims are for things such as compensation for faulty services or goods – for example by builders, dry cleaners or televisions or washing machines.

You will need to try to resolve the problem with the company first. Only if this fails can you make a claim.

However, if you lose the case you may have to pay some costs for the other party, but similarly if you win they may have to pay yours. These are limited on the small claims track, find out more at Citizens Advice. You’ll usually have to pay if you instruct a solicitor even if you win your case, so most people don’t use solicitors.

You can get free advice from Citizens Advice before you make a claim.

Have you seen an advert or claim from a retailer or service provider you know is absolute tosh? We’d love to hear from you: editor@thisismoney.co.uk