Sentenced! A stiff penalty as the Passport Profiteer faces justice

Sentenced! A stiff penalty for the Passport Profiteer as judge rules he caused victims ‘anxiety and depression’ 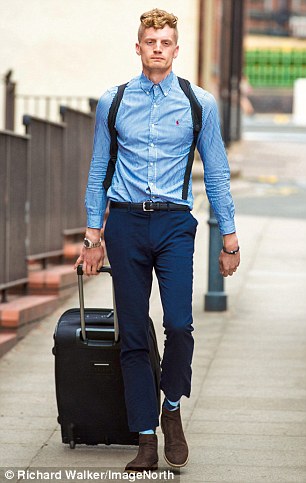 A businessman who bullied customers when they refused to pay his outrageous bills for arranging appointments at passport offices has been handed a 12-month prison sentence suspended for two years.

His sentencing at Leeds Crown Court three days ago represents a big victory for The Mail on Sunday. In 2015, alone among newspapers, we launched an investigation into his business activities following a string of complaints from customers.

It has also been welcomed by consumer groups and trading standards officers who did much to bring him to justice.

His Honour Judge Christopher Batty said he had no choice but to give Howard, who now goes under the name of George Orwell, a prison sentence. He said Howard had caused victims ‘anxiety and depression’ with some people ‘too frightened to go out of the house for fear of debt collectors’.

He told him: ‘What was most distressing was the aggressive pursuit of those who had signed up to your rather pointless services’.

Trading from offices just outside Wimbledon in South-West London under a company called UK Services & Support Limited, Howard ran a website called British Passport Services. It offered to arrange appointments for people who were looking to purchase or renew a passport in a hurry. 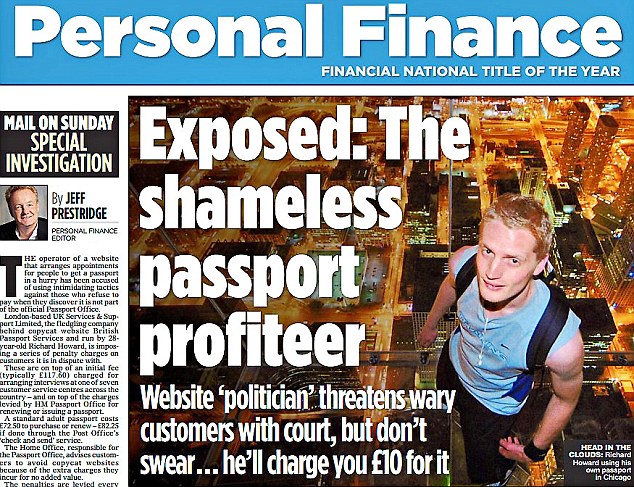 Howard’s sentencing at Leeds Crown Court three days ago represents a big victory for The Mail on Sunday. In 2015, alone among newspapers, we launched an investigation into his business activities following a string of complaints from customers

Ethan Wainwright, who was issued with a £197.60 county court claim from Richard Howard’s business in 2015, says he is pleased that justice has prevailed.

But he is still angry Howard never paid the £1,000 awarded to him by a county court judge when he challenged a claim from the businessman.

Ethan, 22, pictured, used Howard’s website to try to get a passport for a trip to Holland.

Ethan Wainwright, pictured, who was issued with a £197.60 county court claim from Richard Howard’s business in 2015, says he is pleased that justice has prevailed

He soon realised he was not on the official Passport Office website.

But it was too late, resulting in a bill which ballooned as UK Services levied a series of charges to persuade Ethan to pay up.

Ethan, who works for a Leeds marketing agency says: ‘I am pleased Howard has received his just deserts.’

But the ‘copycat’ website was misleading, with users not realising that the fee they had been quoted (typically £117.60) was on top of any charges levied by HM Passport Office for the purchase or renewal of a passport.

When people complained, they were hit with a penalty charge – with any text, email or letter sent by UK Services triggering yet more penalties. It even levied a £10 charge if a complainant was deemed to have used ‘abusive language’. If customers did not pay up, they were issued with county court claims.

Of the 800 customers issued with such claims, many were left with impaired credit records. He also threatened some with bailiffs. In total, Howard ‘conned’ consumers out of £1.6 million.

Sharon Coleman, co-founder of consumer law forum LegalBeagles, was in court to see Howard sentenced. Coleman, who helped many customers challenge claims issued against them, says: ‘Justice has been done. The sentencing sends out a strong warning to copycat websites that their actions will not be tolerated.’

Trading Standards says: ‘This sentence sends a clear message that those who mislead consumers will face justice.’

Howard, who arrived in court pulling a large suitcase behind him, refused to talk to The Mail on Sunday afterwards.