The Government has been accused of ‘bad behaviour’ by the boss of outsourcing giant Serco for passing ‘unreasonable’ contracts to suppliers and expecting them to shoulder the risk of law and policy changes.

Rupert Soames also said the Government was ignoring its own guidelines about ‘what’s reasonable to expect firms to do’, and that its decision process for awarding companies was ‘shrouded in opaqueness’.

Soames’ accusations come amid growing concerns about the financial stability of outsourcing companies following the fiasco of Carillion’s collapse, and the struggles of Interserve and Capita since. 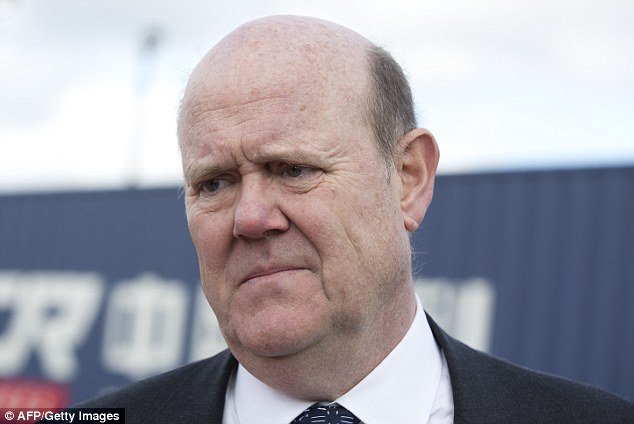 While he conceded that ‘a lot of this’ was down to bad management, he said the Government was also responsible.

In a Commons hearing on lessons learned from the collapse of Carillion, he told MPs: ‘It’s not unknown for Government to behave quite badly.

‘It’s a monopoly buyer, it’s also the regulator, the referee and the giver out of business.’

Serco’s boss said the recent woes in the sector was ‘astonishing’ and added: ‘It’s been a massive, massive disruption in the supplier sector, the likes of which I’ve never seen – £8billion written off of the supplier sector and billions of pounds being raised to recapitalise.’

The sector is plagued by long-term problems that hit some companies far worse than others, including historic underpricing in order to secure new contracts.

Soames said the bidding process was flawed, with the Government under pressure to choose the cheapest supplier, rather than focusing on quality and expertise.

He also said that the Government’s process for deciding when to outsource and its decisions on contract bids were ‘shrouded in opaqueness’, but should be transparent and audited by the National Audit Office.

Mitie chief executive Phil Bentley, who was also giving evidence in the hearing, told MPs on the Public Administration and Constitutional Affairs Committee that he believed inaccurate data was also to blame for some failed outsourced contracts and called for greater data sharing and transparency.

He gave the example of the asylum seeker contract handled by Serco, which he said saw the numbers of asylum seekers ‘massively underestimated’ and led to hefty losses on the work.

Both company chiefs said the Government had tried to pass on the extra cost of the national living wage on some contracts, while also expecting suppliers to take the hit from any future policy changes from Brexit law changes.

He has already publicly called for ‘living wills’ and a new code of conduct as part of an overhaul of the public sector contracting market following Carillion’s collapse.