Sexism row at the Queen’s bank Coutts heats up

The sexism row at Coutts intensified this weekend as it emerged that the Queen’s bank pays its female staff almost a third less than male bankers.

Mr Keogh still works at the bank. A former colleague said he was ‘protected’ because he brought in so much business. 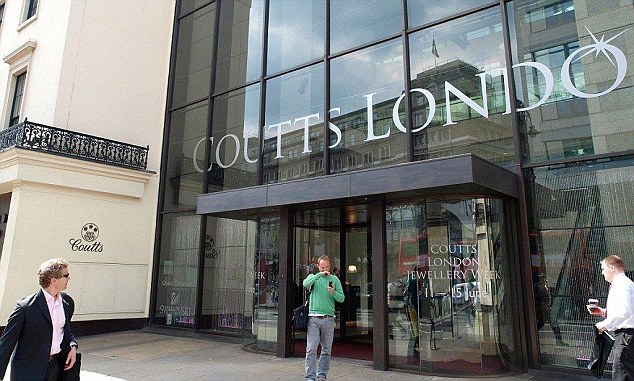 The bank’s gender pay gap figures show that female staff are paid 28 per cent less than men, on average.

Their bonuses are more than 60 per cent less than the payouts to male colleagues.

Maria Miller, the Tory MP who chairs the Government’s Women and Equalities Committee, called the discrimination and harassment at Coutts ‘completely unacceptable’.

‘Companies can’t cover up this kind of appalling behaviour just because someone is in a senior position or brings in a lot of business,’ she said.

Miller also suggested there could be a link between Coutts’ culture of sexual harassment and its gender pay gap. She said: ‘It is interesting that a company that has a significant pay gap appears to have covered up sexual harassment too. 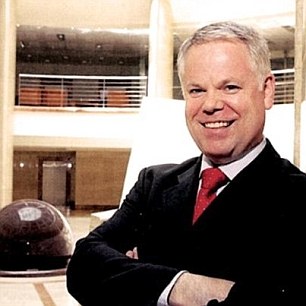 ‘The gender pay gap in the financial services sector has been caused by a lack of women in senior positions. In our inquiry, we will look at whether this has led to higher rates of sexual harassment too.’ Coutts & Co, owned by Royal Bank of Scotland, has previously tried to woo more high net worth women by holding networking events and launching a now-defunct online magazine called ‘Coutts Woman’.

Female staff complained about Mr Keogh in an internal investigation in 2015. They accused him of drinking heavily at a company dinner, boasting of sexual conquests and propositioning a female trainee.

Rugby-loving Mr Keogh, 57, allegedly called one female colleague his ‘mistress’, and told another she had the ‘longest legs in Coutts’. Some women said they would rather resign than work in his team.

Coutts said it took ‘decisive disciplinary action’ at the time, including stripping Mr Keogh of his bonus. But last April he was given responsibility for the bank’s ‘most influential clients’, including sports stars, celebrities and landowners.