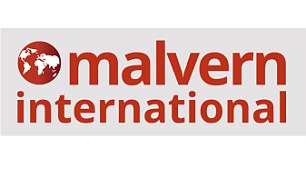 WHO IS IT? Malvern International, an AIM-listed training company with schools in London, Singapore and Malaysia, has recently bought an English language school in Manchester and launched online services in a bid to build its UK customer base.

It focuses on English language courses as well as accounting and business, and last year it enrolled more than 7,000 students.

WHAT’S THE LATEST The firm recently raised £4million to fund its Manchester acquisition and to further grow the business.

It has secured a collaboration with Oxford University Press and partnered with the University of East London to provide courses in English as a second language.

WHO BACKS IT The largest shareholders are Singapore-based private investment firm KSP Investments and Nepal-based CG Group, which each have a 27 per cent stake in the business.

Sam Malafeh, who became chief executive in December, has a 7.9 per cent stake.

WHY YOU SHOULD INVEST Analysts at WH Ireland say that the firm’s strategy under its new boss is quickly translating into ‘meaningful results’.

The broker said profits are growing – London revenue was up 53 per cent year-on-year –helped along by a low cost base.

AND WHY YOU SHOULDN’T Malafeh was brought in to turn the business around at the end of last year, and brokers seem positive on the progress he’s already making, but there is a way to go yet.