SHARE PUNT OF THE WEEK: Platinum and chrome miner Tharisa 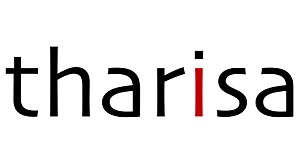 WHO IS IT? Tharisa is a platinum and chrome miner that operates out of a site in the Bushveld Complex of South Africa.

The company’s Tharisa Mine has an estimated 867.5m tons of resources and has an open pit life of around 17 years with a further 40 years underground.

WHAT’S THE LATEST? At the end of last year, the miner set out its Vision 2020 to increase its output substantially, but also to diversify into mining for lithium, cobalt, copper and manganese to feed increased demand for electric-vehicle batteries.

WHO BACKS IT? Asset management behemoths Blackrock, Fidelity, Old Mutual and Investec are all among the miner’s biggest ten shareholders.

WHY SHOULD YOU INVEST? Russ Mould, of broker AJ Bell, says: ‘Tharisa is interesting because it is profitable, it has started paying a dividend and it is very cheap, based on earnings.

‘A lot of people were down on South African miners because of the proposed charter, which would force firms to allow locals to own a more significant part of mining companies and would increase royalties.

‘But new president Cyril Ramaphosa has called for that to be reviewed, which could be positive for miners in the area such as Tharisa.’

AND WHY YOU SHOULDN’T Investing in mining firms can be risky, as they are so tied to the price of commodities.

Should the price of platinum and chrome dive, Tharisa will find life difficult.

And while there is hope for South Africa after scandal-hit former president Jacob Zuma resigned, nobody can know for sure if his replacement Ramaphosa, who came to power last month, will be good for business or not.