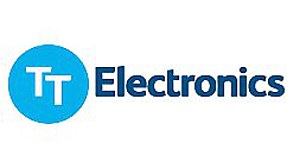 Who is it? With cars stealing investors’ imaginations this week, TT Electronics is one business which offers a more roundabout and less highly valued way into the sector.

The specialist electrical engineer is based in Woking, Surrey, and has 21 manufacturing sites and seven sales offices across the world.

Though it used to focus almost exclusively on the automotive sector, it has broadened out into electric vehicles, aerospace, robotics and automation.

What’s the latest? TT has been pushing ahead with a strategy to take it further up the value chain, making internal improvements and a number of acquisitions.

This was way ahead of the 4.3 per cent in 2015 when boss Richard Tyson joined, and is a sign that the improvement strategy is paying off.

Why you should invest Russ Mould, investment director at AJ Bell, says: ‘Acquisitions such as the UK’s Stadium Group and Aero Stanrew, as well as America’s Precision, are helping TT expand beyond its traditional markets of sensors and instrumentation into more profitable digital niches.’ The company also has very little debt to pay.

And why you shouldn’t There are questions over how much higher the company will be able to climb. Mould adds: ‘There remains the risk that bigger more powerful rivals put the squeeze on TT to confound its margin expansion plans.’