Shareholder revolt at WPP as chairman is slammed 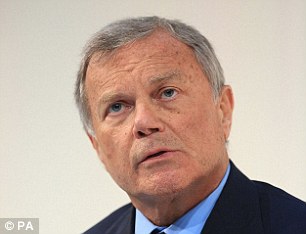 WPP’s chairman is facing a shareholder revolt over his handling of Sir Martin Sorrell’s departure.

Investors in the advertising giant have been urged to reject Roberto Quarta’s re-election as chairman because of a lack of transparency around an investigation into founder and former boss Sorrell’s conduct.

Proxy advisory service Glass Lewis said shareholders should have been given more details about the probe and its outcome, but the chief executive’s resignation was still shrouded in mystery.

Sorrell stepped down from the advertising agency in April after more than 30 years at the helm.

He left under the cloud of an investigation into alleged misconduct, resigning before its findings were examined by the company’s board.

Quarta has claimed the issue is now a private matter and has attempted to draw a line under the affair.

Glass Lewis claimed there was not enough information to decide whether Sorrell should get ‘good leaver’ status – meaning he can retire normally and still receive share awards – and also called for investors to reject pay proposals in protest.

Quarta was also accused of bungling the succession process and of being stretched too thinly for the job.

He is also chairman of FTSE 100 medical equipment firm Smith & Nephew. Mark Read and Andrew Scott have taken over as joint chief operating officers until Sorrell’s successor is chosen.