Higher cobalt prices and production have pushed profits up at Glencore.

The metal’s price spiked during the first quarter due to demand for electronic goods and an expected boom in electric cars.

They fell back during the second quarter to average about £30 per pound during the half year but still about 65per cent higher than the same period a year before. 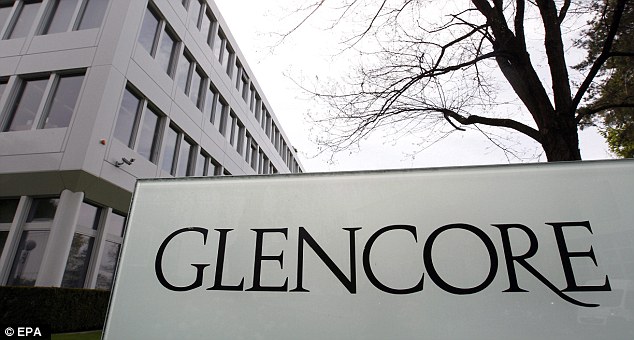 Higher cobalt prices and production have pushed profits up at Glencore

Glencore has ramped up its production of the metal, used in batteries for electric cars, after restarting its mines in the Democratic Republic of Congo (DRC). It produced 16,700 tons of cobalt during the first half of the year, a 315per cent increase.

However, shares are still weak after the US Department of Justice (DOJ) opened a corruption probe in January into its work in DRC, Nigeria and Venezuela.

DRC is increasingly important for Glencore as it accounts for more than 505per cent of global cobalt supply, but the country has a reputation for corruption and questionable labour practices, with other Western mining groups steering clear.

Asked whether the DOJ investigation would affect the way Glencore does business or parts of the world it might do business in, chief executive Ivan Glasenberg said: ‘We will look at all those areas in developing countries but obviously we can do that in a responsible and lawful and in a sustainable manner.’

In July Glencore launched a £775million share buyback in an apparent bid to boost confidence after £3.9billion was wiped off its market value following the announcement of the probe.

Analysts said the share price fall at the time seemed overdone given the potential for a fraud investigation had been around for some time.

Glencore has set up a committee including chairman Tony Hayward and board members Leonhard Fischer and Patrice Merrin to oversee its response to the investigation. It declined to comment further yesterday.