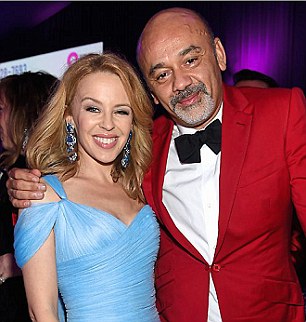 Christian Louboutin has pocketed a chunk of a £3million payout for shoes sold in the UK last year despite dwindling profits and flat sales.

The 55-year-old boss of the French fashion house, famous for its red-soled stilettos, took home part of the dividend as UK profits dropped to £1.1million from £5.8million.

The shoemaker blamed challenging retail conditions in the UK as sales edged up just 0.3 per cent to £52.7million in the year to August 31.

According to accounts, the dividend was paid to the brand’s parent company controlled by its shareholders, which include Louboutin and co-founder Bruno Chambelland.

Louboutin co-founded the business in 1991 after being expelled from school and working briefly as a landscape gardener.

His shoes became famous after Princess Caroline of Monaco bought a pair and his collection has been worn by the likes of Madonna, Joan Collins and Gwyneth Paltrow.

The dividend is down slightly on a £3.5million payment made a year earlier.