Should I buy a state pension top-up?

Savers approaching retirement are being urged to check whether it is worth buying state pension top-ups that can add £244 a year to their payouts.

Doing this can get you nearer or over the threshold for getting the maximum payout, which is currently £164.35 a week – but you have to tread carefully through the process to avoid costly mistakes it can be hard to correct.

Former Pensions Minister Steve Webb, now policy director at Royal London, has just updated his firm’s guide to top-ups to include help on whether it is worthwhile making the 2017/18 voluntary payment, which costs £741. 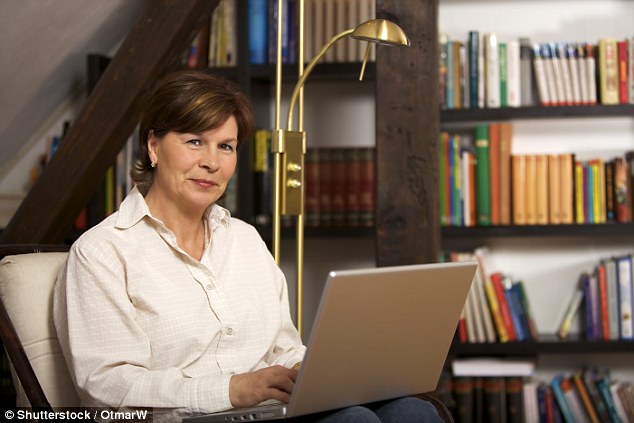 State pension top-ups: Royal London’s guide explains how to work out if they are worthwhile in your individual circumstances

He explains that the opportunity to buy top-ups for 2016/17, 2017/18 and subsequent years until retirement age is particularly valuable to people who ‘contracted out’ of part of the state pension earlier in their working lives.

The guide, which has been downloaded more than 70,000 times, has a step-by-step process that allows individuals to check whether shelling out will boost their future state pension, and how much they should pay.

But your first move should be to get an official state pension forecast. This should tell you whether you are already heading for a full payout or not, note any gaps in your record of National Insurance contributions which might be worth filling in, and show you where voluntary future payments might help.

The state pension top-up system was complicated by a major shake-up in April 2016, when many people realised they would not receive a full payout because they were ‘contracted out’ of second state pension payments, which were rebated to their private schemes instead. See the box below.

The changes caused great confusion, and prompted some people to buy top-ups for years before April 2016 that proved worthless, and then have to battle HMRC for refunds.

This is Money revealed the scandal last summer, and has teamed up with sister publication Money Mail to highlight many other stories of people who were left out of pocket. In all the individual cases we have covered to date, HMRC has backed down and agreed to return people’s cash. (Are you still seeking a refund – see the box below.)

Webb says this should not deter people from checking if top-ups would benefit them, and making voluntary payments in exchange for a boost to their state pension in future years.

‘Ironically, I think it would be really unfortunate if lots of people who could now top up for 17/18 at incredible value were put off doing so or didn’t do so because they were still unaware of the option, and where the decision to top-up or not is much more straightforward and less likely to go wrong,’ he said.

‘Many hundreds of thousands of people who are not going to get a full state pension of £164.35 could boost their pension prospects by paying heavily-subsidised voluntary NI Contributions.

‘Now that 2017/18 is over, it is time for those who did not build up a qualifying year towards their pension to review whether to pay voluntary contributions for that year.

‘This will be particularly relevant to people who in the past were in pension schemes which were contracted out of part of the state pension system and who will not otherwise get a full state pension as a result.’

Should you buy state pension top-ups?

Royal London’s guide looks at the situation for people who retired before the revamp in April 2016, and those who have or will reach state pension age since that crucial date.

See the tables below for how it helps you navigate through the system, and work out if top-ups are worth buying in your own situation. There are also many official sources of help from the Government, which we give details of below.

Did you reach state pension age BEFORE 6 April 2016? 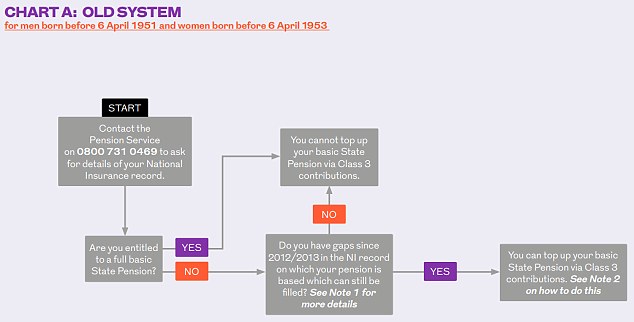 Did you reach state pension age AFTER 6 April 2016? 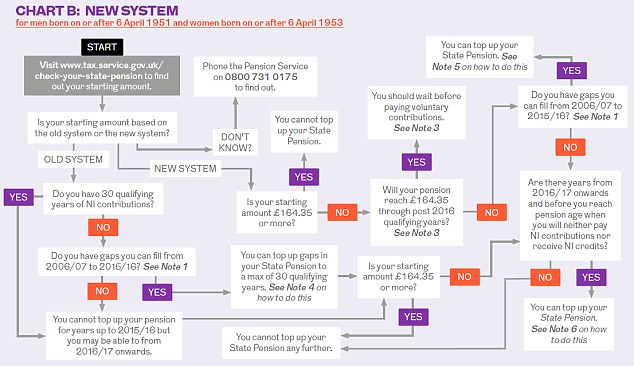 For people who have already stopped work but not yet reached state pension age, buying a top-up for 2017/2018 could be particularly relevant, according to Royal London.

Have you been refused a state pension top-up refund?

If HMRC has turned down your refund request, get in touch with tanya.jefferies@thisismoney.co.uk and r.lythe@dailymail.co.uk.

The firm says 2017/18 will already be a qualifying year towards your state pension if you:

* Were working through the year and paying NICS on earnings of £157 per week or more;

* Were working through the year and earning more than the Lower Earnings Limit of £113 per week and being credited with NI contributions;

* Were receiving NI credits because of receipt of a qualifying benefit including carers allowance or child benefit for a child under 12;

* Had successfully applied for NI credits for particular groups such as certain grandparents, certain carers etc.

* Were a man close to pension age who receives ‘automatic credits’ for being above women’s state pension age for the whole year.

The Government’s Check your State Pension service should tell you if you have any gaps in your National Insurance record.

The details for each year should show how much to pay and by when, and there is a link to a page giving more information about voluntary contributions.

The DWP says this service includes providing personalised information to help someone consider if making additional voluntary NI contributions is the right option for them, but it cannot provide advice to people.

It points to terms and conditions, which it says are provided prominently, that state: ‘You should not rely on this information, as it does not amount to advice. You must get professional advice when planning for your retirement.’

The Government’s page about voluntary NI contributions also says you may want to get financial advice before making them.

However, while independent financial advisers will have some knowledge of the state pension system, they are not specialists in the fine detail and paying for their assistance about top-ups alone might not be cost effective.