Some 52 years ago, Sir Geoff Hurst would have been preparing for the 1966 World Cup in which he became the only player to ever score a hat-trick in a final.

Fast forward to today and the 76 year-old is getting ready to cash in on one of his luxury cars. 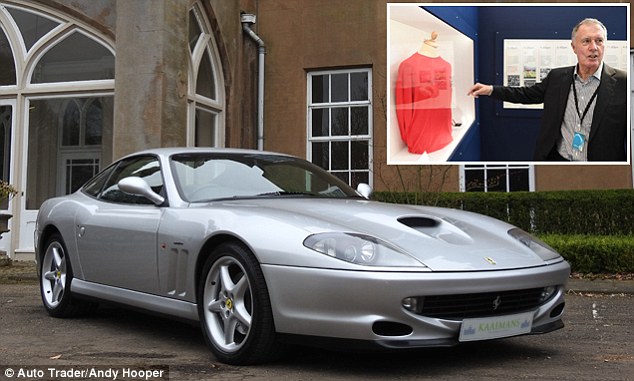 The former West Ham and England striker scored 24 goals in 49 appearances for his country, but is best remembered for the three in the ’66 World Cup final against West Germany in the 4-2 victory for the Three Lions.

With England due to embark on their attempt to win the competition for the second time on Monday, the famous clip of Hurst smashing in the fourth goal has – yet again – featured in documentaries and adverts, including those famous words from BBC commentator Kenneth Wolstenholme.

And the phrase ‘They think it’s all over… it is now!’ could soon be used to describe Hurst’s ownership of this stunning Ferrari he’s just put up for sale.

Sir Geoff Hurst MBE is the most recent of four owners of the potent 550 Maranello and it is his name that’s listed as the last keeper on the V5 registration document.

That’s enough to accelerate from a standstill to 62mph in 4.4 seconds and on to a blistering top speed of 199mph. 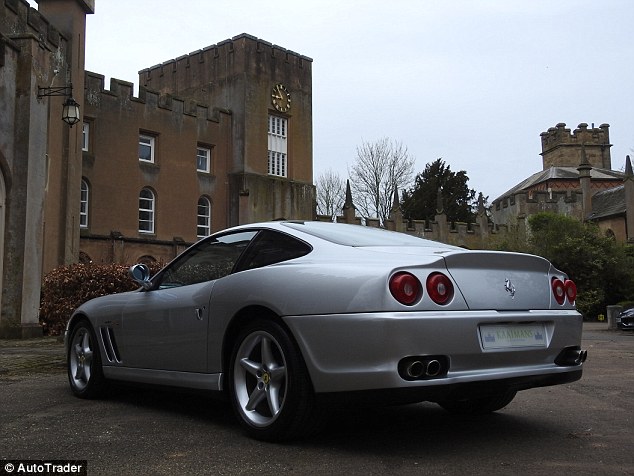 The Ferrari 550 Maranello is powered by a front-engined 5.5-litre V12 motor producing 478bhp. Power is sent to the rear wheels 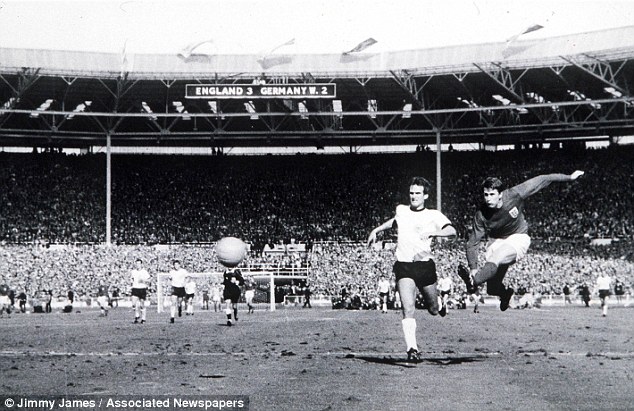 ‘They think it’s all over… it is now!’: Geoff Hurst smashing in England’s fourth against West Germany in the 1966 World Cup Final 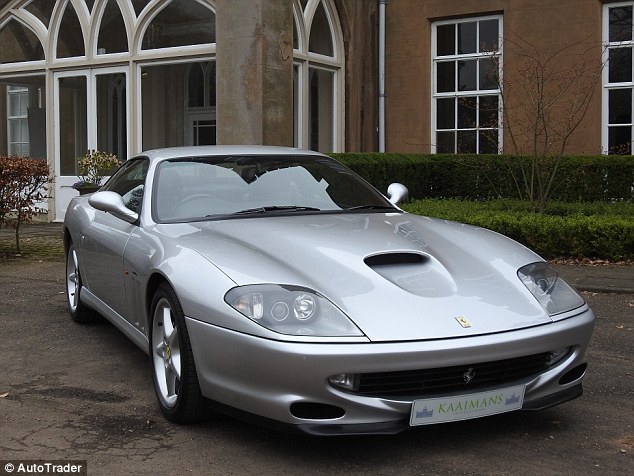 Performance figures for the 2001 Ferrari 550 Maranello supercar are fairly staggering: it can accelerate from a 0 to 62mph in 4.4 seconds and on to a blistering top speed of 199mph

With just 37,000 miles on the clock since the car was first sold 17 years ago, it looks like Sir Geoff has not been putting too many miles on the now-collectible beauty.

It’s finished in Argento Nurburgring silver paint – including the brake callipers – with a black leather interior complimented by a full carbon-fibre trim. 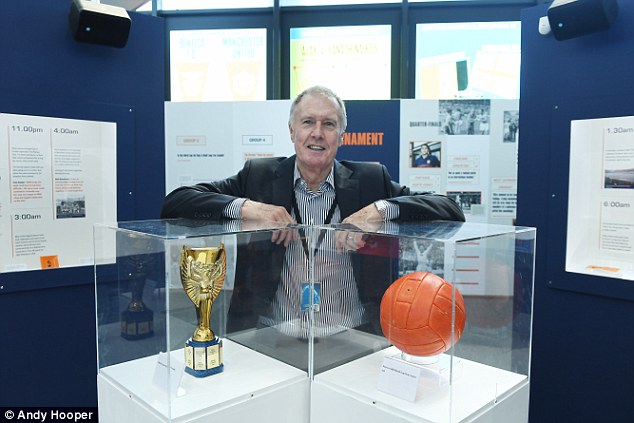 Sir Geoff Hurst is the only player to ever score a hat-trick in a World Cup final. Here he poses with the Jules Rimet trophy and the ball from the 1966 final 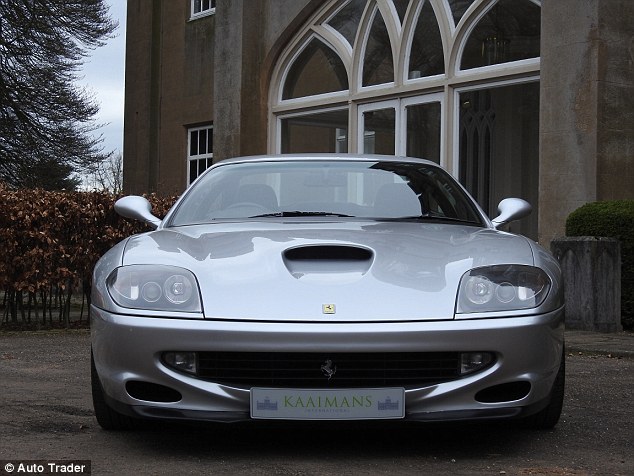 The asking price for the 2001 Ferrari 550 Maranello is £109,975, with the vehicle advertised by exotic car specialists Kaaimans International in Nottinghamshire 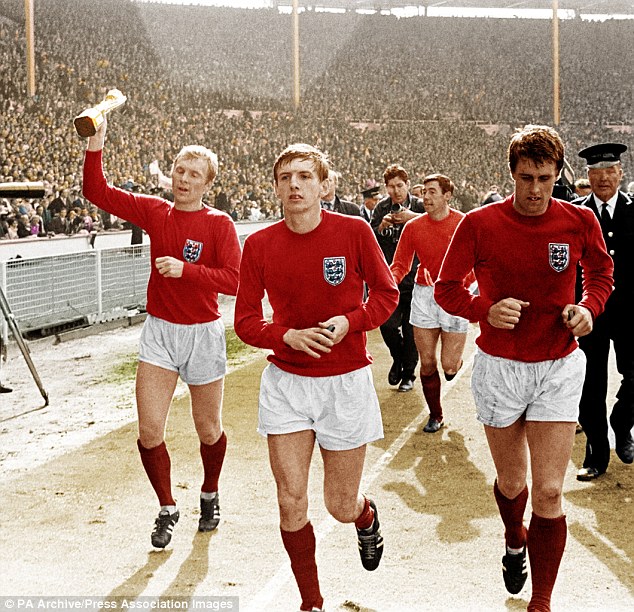 The 1966 World Cup legend’s car is a UK supplied right-hand drive model and has a full service history with both Ferrari main agents and Ferrari specialists.

The asking price is £109,975, with the vehicle advertised by exotic car specialists Kaaimans International in Nottinghamshire.

Of the 13 Ferrari 550 Maranellos for sale on the new and used-car site, it’s the third most affordable of them all, suggesting Hurst’s name isn’t being used to inflate the price. 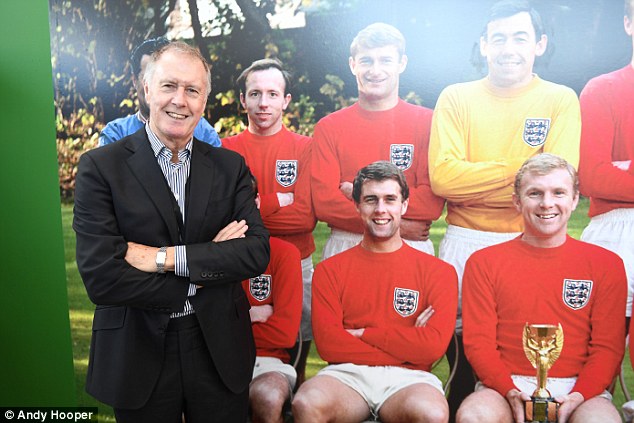 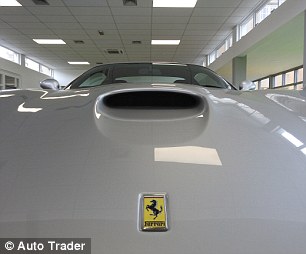 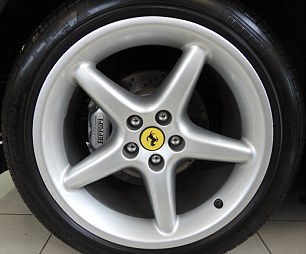 The 2001 Ferrari 550 Maranello is in impeccable condition, finished in Argento Nurburgring silver. The brake callipers also painted in a matching colour to the rest of the exterior 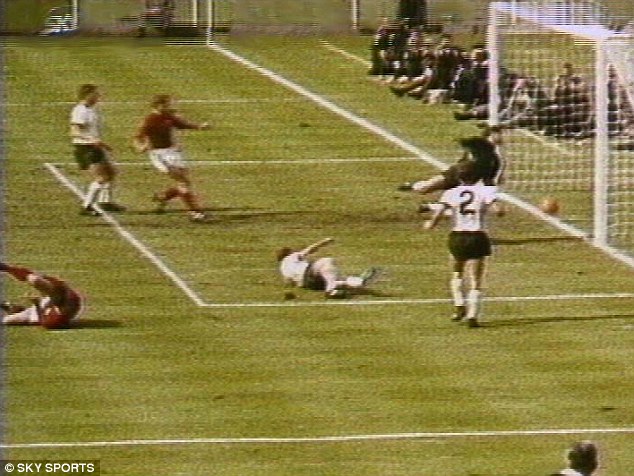 Sir Geoff Hurst, bottom left, scoring the famous ‘did it cross the line?’ goal to put England 3-2 up against West Germany in extra time

If the price tag of Sir Geoff Hurst’s Ferrari is a stretch, you could win a car for simply sending a tweet during the next month of the World Cup.

Auto Trader is giving away a brand-new car every time England score a goal at this year’s competition in Russia.

Each time the Three Lions hit the back of the net, a lucky fan will win one of four cars – with the Jeep Renegade, the Abarth 595, the Fiat 500X and the Alfa Romeo Mito all up for grabs. 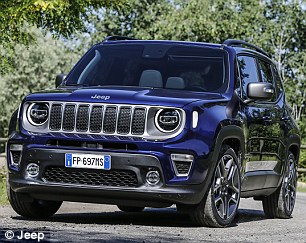 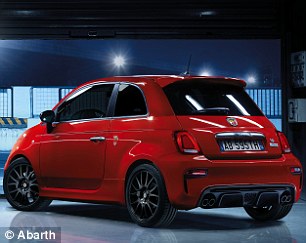 Fans who post the hashtag #AutoTraderGoals when – or if – England score during the World Cup, they will be entered into a competition to win one of four brand new cars, including the Jeep Renegade (left) and Abarth 595 (right) 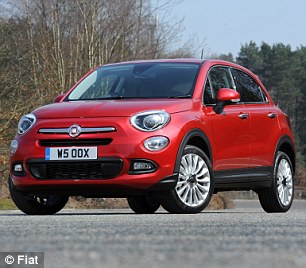 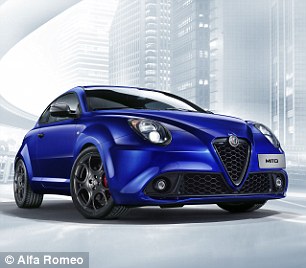 Former England ace, John Barnes, who is acting as an ambassador for the competition, said: ‘There’s no greater footballing legend than Sir Geoff Hurst, and I imagine driving his car will make you feel like one.

‘But for everyone else, winning a brand new car will probably make you a bit of a legend too.’

The #AutoTraderGoals competition will launch with England’s first competitive game against Tunisia on Monday 18 June at 7pm BST.

Visit www.autotrader.co.uk/goals for more information and full terms and conditions.