WPP continued to pay Sir Martin Sorrell tens of millions of pounds to stop the former chief executive from ‘throwing his toys out of the pram’, the group’s chairman has claimed.

In an extraordinary admission, Roberto Quarta said the board felt it could cut the ad tycoon’s pay by only £22million in 2016 despite investor uproar over £70million he had been handed the previous year.

This was partly because Sorrell’s benefits had been capped at £200,000 and his spousal travel allowance reduced, the chairman added while on the sidelines at the firm’s AGM yesterday. 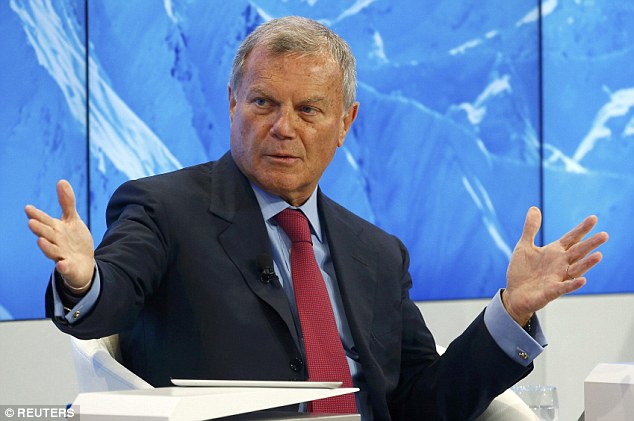 As a result, Sorrell trousered £48million – a figure that still made him the FTSE 100’s best-paid boss.

‘We wanted to ensure that Martin would not throw his toys out of the pram, so to speak,’ Quarta said.

‘Now you can well imagine – it’s the end of 2016, company performance is stellar – trying to have conversations with a chief executive who has already agreed to a reduction in remuneration and spousal travel.

To then have him agree we should also change terms and conditions of his contract – you can understand that was something we were working on.’

Yesterday Quarta also revealed WPP tried to negotiate a non-compete deal with Sorrell – to stop him taking his talents elsewhere if he left – but failed to agree on changes to his contract before he quit in April under a cloud of misconduct allegations.

The 72-year-old has since gone on to launch a new company, S4 Capital. Sorrell has claimed his new venture is a ‘peanut’ compared to £15billion WPP, but he was still warned he could face legal action if he acted on secret information from his time at WPP.

Quarta said: ‘We are entitled to challenge any individual who may breach a confidentiality agreement, and Martin would be no different.

‘He has a lot of knowledge and that knowledge has a lifespan. We are watching to see what Martin will do.’

Quarta’s comments came at as shareholders vented their fury at a £20million exit package set to be paid to Sorrell.

More than a quarter of investors rebelled against the lucrative payout at the AGM in London. It followed complaints by advisory services about a lack of transparency around the tycoon’s departure.