Six ways to halt the pain of rail price rises

Rail passengers face a hike in fares of up to 3.2 per cent from January – but there are ways to fight back.

Writing to your MP or joining a passenger campaign group are ways to vent frustration – though being canny with how you buy your tickets is the best way to beat the financial pain of the impending rise. 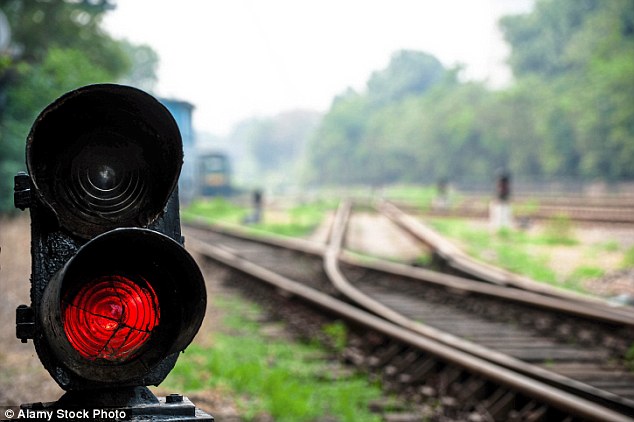 Rail passengers face a hike in fares of up to 3.2 per cent from January

Rail companies sell a limited number of discounted ‘advance’ tickets up to 12 weeks before a journey – costing as little as a tenth the cost of an ‘anytime’ ticket bought on the day of travel. Full details are kept a closely guarded secret by train operators loath to pass on details of any savings.

But if you book a trip before January you need not pay the 3.2 per cent fare increase. Specialist train ticket websites such as Red Spotted Hanky, Trainline and Virgin Trains can help root out the cheapest times to travel, but also check directly with operators just in case they can beat the offer.

There is a clutch of National Railcards available that can knock at least a third off the price of an off-peak ticket. This is usually for journeys taken after 10am.

The cost of these cards is £30 a year. Options include the 16-25 Railcard, the Senior Railcard for those 60 or over, the Two Together Railcard for two named people and the Family & Friends Railcard for up to four adults and four children.

A recent trial selling 10,000 cards for a 26-30 Railcard has sold out – but its success means the initiative could be rolled out in full later this year. Cardholders can also get two- for-one offers at attractions such as the London Eye or the Edinburgh Dungeon. Find out more at daysoutguide.co.uk.

Gold card perks are given to those with annual season tickets when journeys start or finish in the South East. These offer discounts such as one third off rail tickets for the cardholder and up to three adults travelling with them; up to 60 per cent off child fares for up to four children; and the option to buy a National Railcard for £10.

BORROW FOR A DEAL

Annual season tickets work out cheaper than weekly or monthly options so consider asking your employer for a loan to pay for a year of travel upfront. Many offer a zero or low interest loan as a perk of the job.

Alternatively, consider a zero per cent credit card. Among the most competitive are Barclaycard Platinum on purchases for up to 27 months and M&S Bank Mastercard for 25 months. Pay off the balance before the zero period ends to avoid paying the go to rate of 19.9 per cent APR.

Another option is specialist financial services company CommuterClub that allows you to lock into the current rate of fares for up to 12 months and pay back the loan at 10.6 per cent APR.

A similar arrangement is offered for those commuting within London by MyCommute4Less.

‘The train operators have a nerve making us pay more’

David Johnston takes the train across the capital every day to work as an IT consultant in Hounslow, West London.

The 40-year-old, of Wood Green in North London, pays £117 a month for the journey by paying for tickets in advance using a loan from finance company CommuterClub. 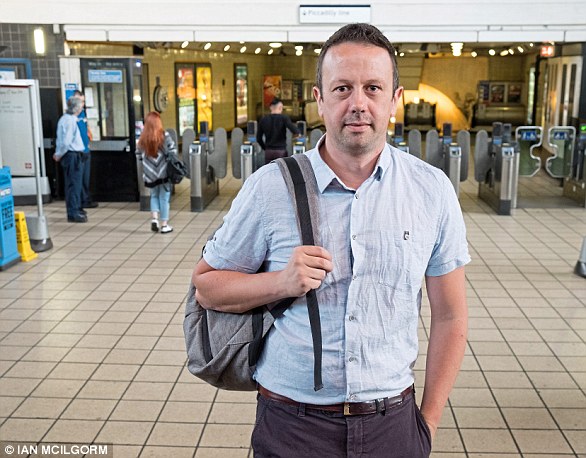 Savings: David Johnston uses a loan to pay for his tickets

The deal, which he took out earlier this month, will save him more than £260 over the year and means he will avoid the big fare increase until next August.

The price for an annual ticket is much cheaper than forking out for a weekly or monthly ticket even with the cost of the loan – at 10.6 per cent APR.

David says: ‘The rail service is getting worse, with overcrowded trains always breaking down or simply not turning up.

‘Britain has some of the highest fares in Europe but the lowest rates of satisfaction. It beggars belief that at a time when people are feeling the pinch, train operators are not forced to freeze prices.

‘Despite failing to provide value for money, the greedy train operators have a real nerve making us hand over even more cash.’

SAVE WITH SPLIT TICKETS

In the arcane world of train travel you can save money buying separate rail tickets for different legs of a journey. You do not need to swap trains but your carriage must stop at the stations for which separate tickets have been purchased.

Websites such as TrainSplit and Split Ticketing can do the legwork on your behalf. For example, a return trip from Birmingham to Glasgow can cost £105.10 – if willing to split tickets at Crewe and Wolverhampton – offering a saving of £28.80.

The railway network may be crumbling – with long delays and cancellations or overcrowded carriages – but you will only get a refund for the misery suffered if you actually demand it.

At least £100 million in compensation goes unclaimed every year. Under a ‘delay repay’ agreement, adopted by many operators, hold-ups of between 30 minutes and an hour entitle you to compensation equivalent to half the cost of your single ticket.

Claims must be made within 28 days of the journey and you will need to provide the original tickets and proof of purchase.

Ask the train operator for the correct form at the ticket office, online or by phone.

A ‘chaotic’ year, but still the cost goes up

The January fare increase means the price of travel will soar by more than £180 a year for popular season ticket routes. For instance, the annual price tag for a Southampton to London commuter will leap from £5,700 to £5,880.

The higher cost is just the latest blow for long-suffering rail commuters. Thousands had services cancelled or severely delayed due to a cost-cutting change to rail timetables earlier this year.

Prices are up 35 per cent since 1995 for most long journeys, according to the Government department Office of Rail and Road.

Steve Chambers, of action group Campaign for Better Transport, says: ‘The hike is a particularly bitter pill to swallow. This has been a chaotic year with timetable changes making services worse rather than better and passengers continuing to endure long delays and overcrowded carriages. We need a fare freeze – not another kick in the teeth.’

The Rail Delivery Group, which represents train companies and Network Rail, defends the industry’s investment record saying that for every £1 spent on fares 98p is invested back into the railway.

The January hike is based on a price capping formula agreed by the Government based on the Retail Prices Index for July – which uses a ‘shopping basket’ average of the price changes for hundreds of goods and services over a year.

But critics believe any rise should at least be linked to the more commonly used Consumer Prices Index – which takes out housing costs, such as a mortgage – and currently stands at 2.5 per cent.

Transport Secretary Chris Grayling wants this CPI limit to be adopted after next year.