Sky takeover war: US media giant Comcast hits back against Murdoch’s Fox with £26bn offer to snap-up the British broadcaster

Shares in Sky rose on Thursday morning after US media giant Comcast submitted a new and improved £26bn offer to acquire the British broadcaster.

The offer trumps the £24.5bn implied valuation put on the table by Rupert Murdoch’s Fox.

Comcast said it has secured the backing of Sky’s independent directors for the £14.75 pounds per share offer, which is marginally higher than Fox’s £14 a share bid made less than a day earlier. 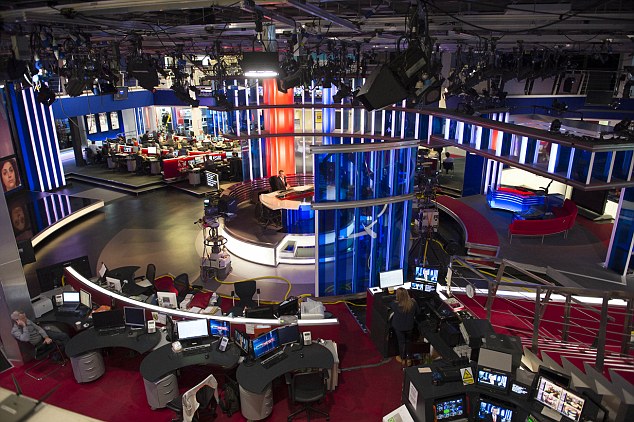 Shares in Sky rose on Thursday morning after Comcast submitted a new and improved £26bn offer to acquire it.

The ball is now back in Fox’s court with another even higher offer to acquire the 61 per cent of Sky it does not already own far from ruled out.

Sky’s shares are sitting 2 per cent higher for the session on Thursday morning at £15.23p.

The fact that the shares are trading above the Comcast offer price means the market sees a high probability of Fox hitting back and the war continuing.

Brian Roberts, chief executive of Comcast said: ‘We are please to be announcing a recommended increased offer for Sky today. ‘We have long admired Sky, which we believe is an outstanding company and a great fit with Comcast.’

The fight for Sky forms part of an ongoing battle for survival and supremacy in the entertainment industry, with the traditional players having to make big moves to fight off rising powers such as Netflix and Amazon.

Alongside the Sky takeover, another US corporate heavyweight Walt Disney is seeking to buy most of Fox’s American entertainment assets.

Murdoch’s pursuit of full Sky ownership is therefore being carried out with the backing of Disney.

‘The speed with which Comcast has responded to Fox’s bid speaks volumes about the determination of Comcast, led by Brian Roberts, to win the day,’ noted Ian Forrest, investment research analyst at The Share Centre.

‘It is perhaps no surprise that the market seems confident that the battle has further to go as the share price is now at 1520p, well above the latest Comcast offer.  That is remarkable given that Sky’s shares are already up 50 per cent so far this year.’

‘It seems that sky is caught in a bigger struggle between US media groups with deep pockets who want more international exposure and are ever more aware of competition from newcomers such as Amazon and Netflix,’ he continued. ‘Given that, and the complication of the Disney offer for other parts of Fox, we still believe that lower risk investors may want to lock in recent gains while others should hold on.’