So, what do they have to hide? Passport maker De La Ruebars media from AGM

Banknote maker De La Rue was accused of trying to cover up a row with a major shareholder over the future direction of the company.

The firm, whose shares have sunk 24 per cent in a year, refused to let the media in to a shareholder meeting to report on concerns about the firm’s dire performance.

Activist investor Crystal Amber is trying to force De La Rue to change strategy following a disastrous bid to print the new UK passport. It already holds a number of critical Government contracts that the public relies on, including printing banknotes. 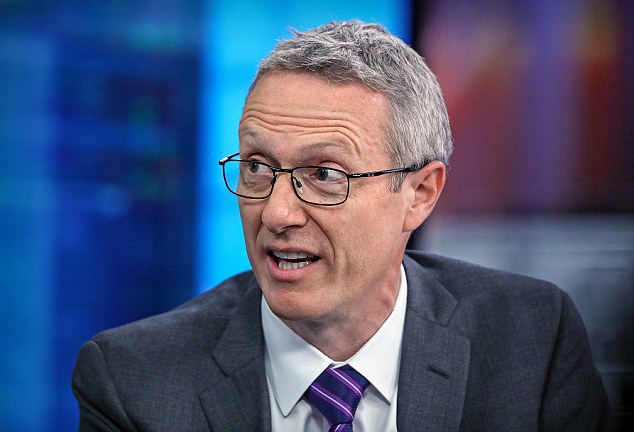 Yesterday the Mail revealed how Crystal Amber was being refused the right to ask a question at the AGM after the firm claimed its shareholding did not meet company rules.

Outside the meeting at Hampshire Court Hotel a company flunky told the Mail’s reporter: ‘We read your coverage. You’re not coming in.’

One shareholder, a former employee of De La Rue, requested that the Mail be allowed to enter. She declared it ‘outrageous’ after her request was denied.

She said: ‘De La Rue used to be such a people business. Now the management make no attempt to speak to us, and run out after the meeting as soon as they can.’

For a man who worked in the arms trade, De La Rue boss Martin Sutherland is quick to run from a fight.

The 49-year-old – formerly of BAE Systems – was ridiculed earlier this year for abandoning a campaign to win the right to print Britain’s blue post-Brexit passports.

The Oxford-educated boss, who lives in a Berkshire mansion worth an estimated £2.3million, started out as a consultant before rising through the ranks at BAE’s cyber security arm.

He took over in 2014 after it spent six months struggling to find a new chief executive, and has been paid £3.8million, including £783,000 last year.

Another investor added: ‘The AGM is meant to be the one time in the year that I can talk to the team that is running the company.’

Annual general meetings are not public events, and the media has no automatic right to attend them but most listed companies allow the press in for the sake of transparency.

Many investors cannot attend annual meetings and rely on media reports to keep them up to date.

An AGM typically involves a board statement, results of company votes, such as on pay, and a chance for investors to ask questions.

They are considered a crucial element of running a good company.

De La Rue has been thrown into crisis following its botched bid to win the right to print the new blue passport. It lost out because French owned Gemalto was able to prove it could manufacture them for £140million less.

Since the debacle activist investor Crystal Amber has built a stake and has pushing for it to be a digital innovator: it also makes bank notes, driving licences and identity cards.

Crystal Amber is now one of the firm’s biggest shareholders, but because of the way it holds its stake through a custodian bank, De La Rue had said there was no proof it had a right to ask questions.

It was eventually allowed to ask a question ‘at the chairman’s discretion’, and raised concerns that management’s pay was not at all connected to shareholder return.

After the meeting an attendee said they felt ‘fobbed off’ by the assurances that a number of changes had been made.

Another said: ‘I have lost the will to ask the chairman questions as he usually just says thank you for asking. You don’t get an answer.’

Around 98 per cent of shareholders approved key company resolutions. A spokesman said: ‘The company has an open and active approach to shareholder engagement and maintains a constructive dialogue with all its major shareholders.’