It is as quintessentially Scottish as haggis, tartan, midges and mist. Legend has it that Mary Queen of Scots invented the modern version, though it is said to date back to medieval times.

Millions of us love to munch petticoat tails, rounds, or fingers of shortbread – but now its bakers have been hit by a huge rise in the price of butter.

The butter spike has prompted Walkers Shortbread, which has been making the crunchy biscuits on Speyside for more than a century, to complain it has faced one of the most challenging years since its founder Joseph Walker first fired up his ovens back in 1898. 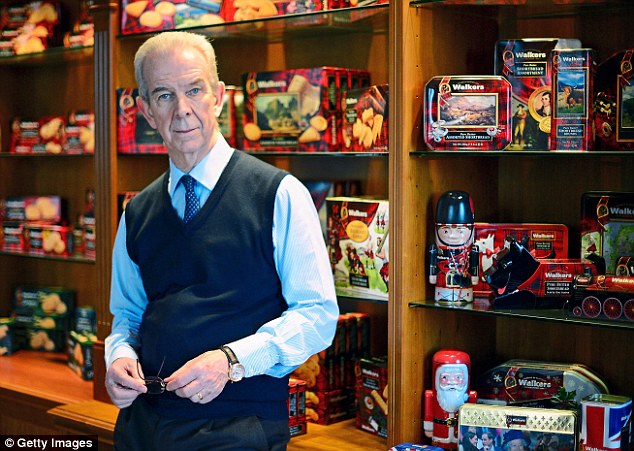 Traditional: Boss Jim Walker does not want to compromise quality

The company, which exports a large proportion of its biscuits, tarts and oatcakes, also said it faces uncertainty over Brexit.

Managing director Jim Walker –grandson of founder Joseph – has worked in the family business for more than 50 years and said the current conditions were among the most difficult he has experienced.

The wholesale cost of butter has soared from under £2,000 per ton in spring 2016 to more than £5,000 per ton last month, forcing him to put up the prices of his shortbread twice – and he says even that wasn’t enough to make up for his increased costs.

‘This is absolutely the biggest spike I have ever seen,’ he told Financial Mail.

Butter accounts for almost 70 per cent of the cost of his shortbread dough, so the sharp hike has had a severe impact on the margins of Walkers, which exports to more than 100 countries.

Profits at the company – based in the picture postcard town of Aberlour, North East Scotland – fell by 60 per cent to just over £5 million last year, despite growing sales as customers tucked into more biscuits. 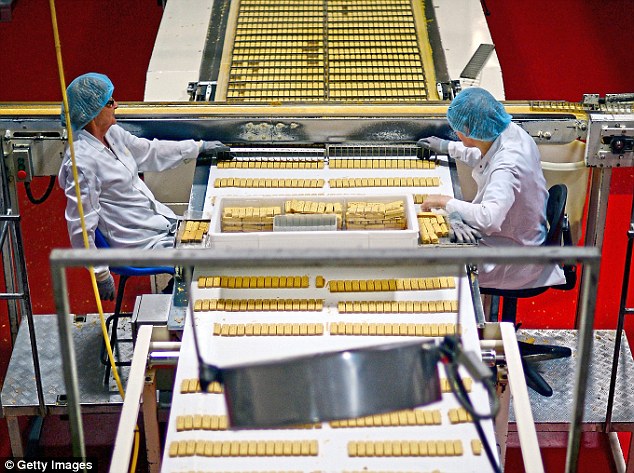 Biscuit bonanza: Walkers Shortbread has been making the crunchy biscuits on Speyside for more than a century

Walker said he is not contemplating switching away from butter to a cheaper alternative such as vegetable fat to reduce production costs because he does not want to compromise on taste.

‘Our customers know that when it says Walkers on the packet, it’s made with pure butter,’ he said.

The company has boasted of making ‘the world’s finest shortbread’ for 120 years. Last year, sales overall rose by 3 per cent and export revenues increased by 7.5 per cent. Export sales accounted for more than 40 per cent of the total last year, with 10 per cent of revenues coming from the European Union. ‘I think the whole country is hoping that commerce can continue with as few interruptions [from Brexit ] as possible,’ Walker said. 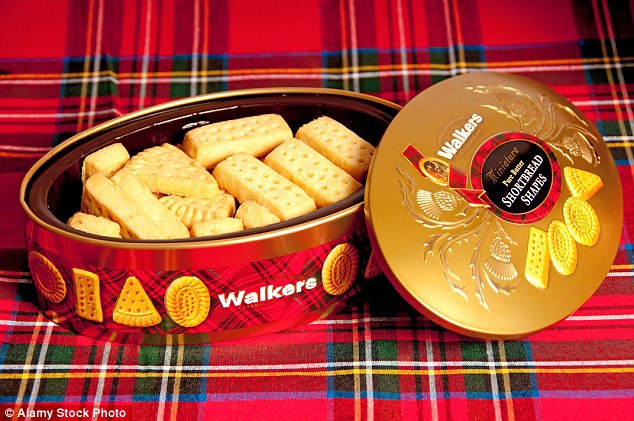 Taste: Butter is central to shortbread production at Walkers

The company said in a report last week, ‘We must be vigilant’ ahead of March 2019 and manage costs ‘to protect the company’. Employing around 1,600 staff – many of them working at Aberlour, it is a lynchpin of the local economy. By many standards, the firm is still making healthy profits and is debt free.

Walkers and other shortbread-bakers are not the only trade to be affected. Other delicacies such as croissants and brioche have also gone up as butter prices have recently risen to record highs due to falling milk production. That has been combined with more demand from nations such as China where butter was not traditionally on the menu. 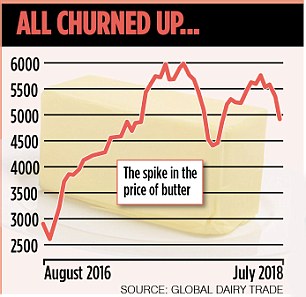 Recent research also suggests that butter, previously linked with heart disease and obesity, should be making a comeback as a healthy food, if eaten in moderation. The price of a 250-gramme own-brand packet of butter in Tesco and Asda has increased from £1.09 in February 2017 to £1.45 today.

Producers – including leading firm Arla, which owns the Lurpak and Anchor brands – have warned of further significant hikes due to Brexit. A report this month by the London School of Economics found that butter and cheese could become luxury items after Brexit due to price rises caused by delays from the farm to the table.

The report highlighted other costs such as increased bills for veterinary checks on cattle. Britain does not produce enough dairy goods to meet demand from families, meaning we are heavily reliant on imports – the vast majority of which come from the European Union.