The Department for Transport’s latest Walking and Cycling Statistics report has shone the light on safety concerns for cyclists in England.

The government survey found that well over half of adults aged 18 or older agreed that it is too dangerous for them to cycle on the road.

The AA said the statement came as little surprise, lambasting the ‘dreadful state’ of local highways in the country. 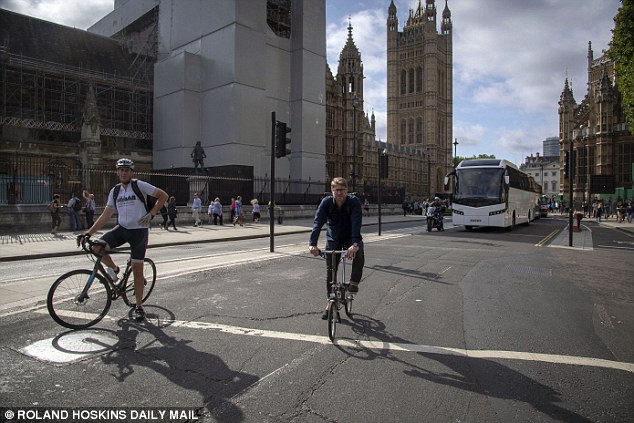 Danger zone for cyclist: More than two fifths of the nation’s adults said England’s roads are too dangerous to ride a bike

The data, based on 2017 stats, showed that the average number of miles cycled in England increased year-on-year, though the number of trips remaining consistent with figures over the last decade.

On average, people completed 17 trips during the year with each individual racking up a total of 60 miles.

Some local areas saw significant increases in the proportion of adults getting on their bikes at least once a week, with Exeter, Worcestershire, South Cambridgeshire, Tauton Deane and the Isle of Wight posting increased cycling activity.

However, almost all local authorities (96 per cent) had less than 20 per cent of their adult populations riding once every seven days – and it’s fear that’s keeping people off bikes.

The DfT report found that 62 per cent of adults believed that England’s roads are simply not safe enough to cycle regularly.

Women were more likely than men to be too scared to ride (69 per cent to 56 per cent) on the country’s roads and concerns increased among older respondents. 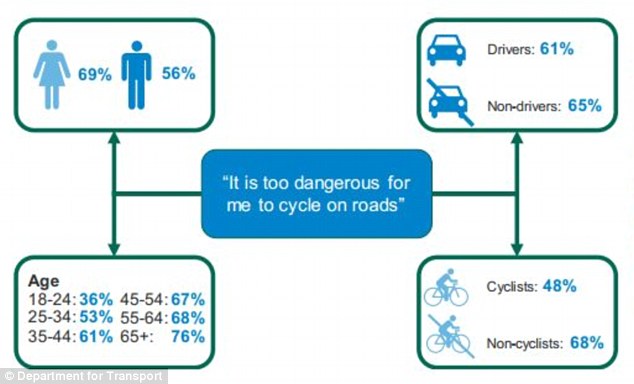 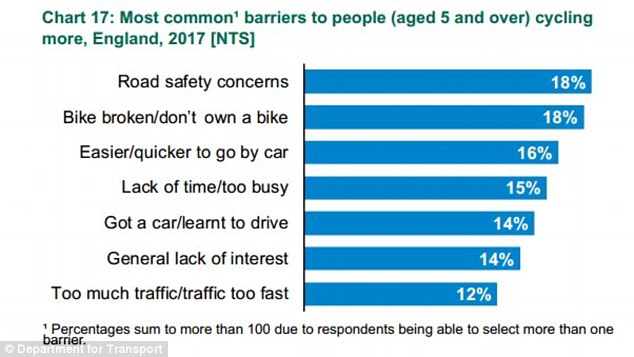 When National Travel Survey polled those over the age of five about their reasons for not cycling, road safety concerns came out joint top – alongside people not owning a bicycle or theirs was broken – with 18 per cent of the votes.

‘Three fifths of adults claim that it is too dangerous to cycle on the roads, which is perhaps unsurprising due to the dreadful state of our local highways,’ he said.

‘Government is very keen to encourage people to use active transport for short journeys, but with a road infrastructure riddled with potholes people are simply not willing to run the risk.

‘As at least 22 deaths and 368 serious injuries of cyclists have occurred where potholes and poor roads maintenance are a factor, we believe politicians at all levels should be doing all they can to rectify these avoidable casualties.’

Mr King said it was up to local authorities to improve the condition of roads – and footpaths – if cycling numbers were to improve.

‘Local councils are also neglecting their pavements and pathways, to the extent that over 10,000 people submitted compensation claims to councils across the UK follow trips on uneven footpaths,’ he added.

‘The Transport Select Committee has agreed to our request for an inquiry into the state of our local roads.

‘As well as the impact potholes has towards drivers, we hope they take the opportunity to study the impact towards cyclists and pedestrians too.’ 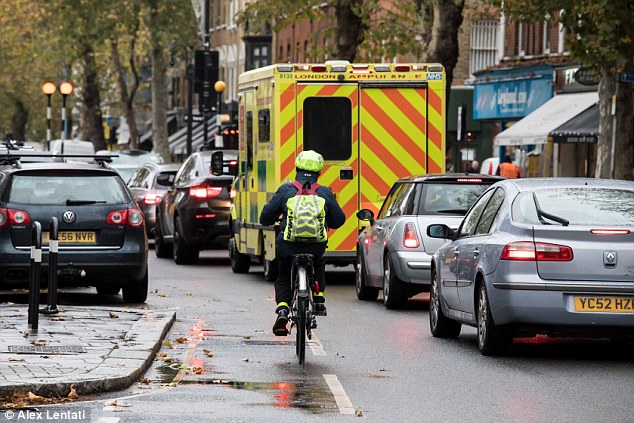 Cycling UK, the national cycling charity, also appealed to ministers to take urgent action to deliver real change and make cycling an attractive option to everyone, not just a small segment of society.

Duncan Dollimore, head of campaigns and the charity, said: ‘The Government has just closed its consultation on cycle and pedestrian safety, and now we need them to urgently publish their findings and take immediate action.

‘Its own statistics published today show that 60 per cent of adults admit they feel it’s too dangerous to cycle on the road, and in particular women and older people are put off cycling by those fears.

‘Although cycling is statistically much safer than many people think, it’s clear the Government has to address the key issues of infrastructure, such as improving roads and cycle lanes, and making sure our traffic laws operate effectively to promote road safety for everyone.’ 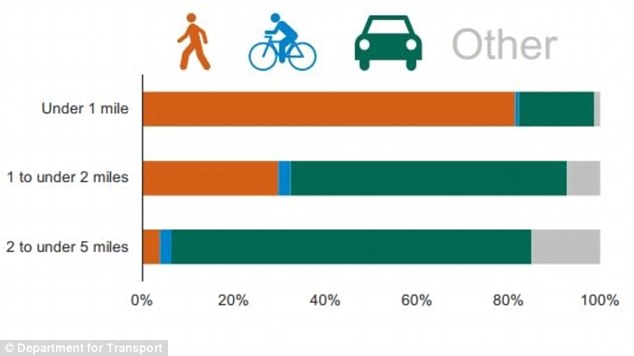 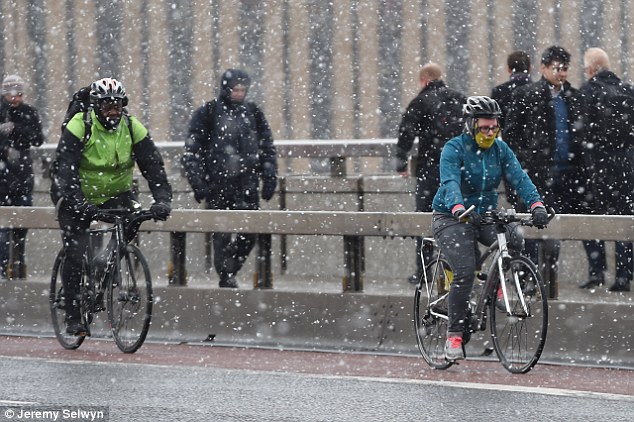 Charity Cycling UK said there was a clear appetite for people to cycle more, but it was up to ministers to make a bicycle the natural choice for shorter trips

The DfT’s statistics also revealed that journeys under two miles are overwhelming being driven rather than cycled, despite 38 per cent of people agreeing that it would be better for the public and the environment if these shorter trips were undertaken on bikes.

Mr Dollimore added: ‘This proves there is an appetite for people to cycle more, and it’s clear that cycling is growing in popularity but only as a leisure pursuit and not as the Government’s ambition to make it the natural choice for shorter journeys.

‘Now is the time to stop talking about what needs to be done and get on with making cycling a much more realistic prospects for many more people.’