We’ve long been told to prepare for the arrival of the self-driving car – but how would you feel about hopping aboard an unmanned bus?

Yesterday Stagecoach, one of Britain’s biggest transport operators, revealed it will trial a full-sized driverless bus later this year.

The self-driving single decker will run autonomously at UK depots – driving itself to refuelling and wash points. 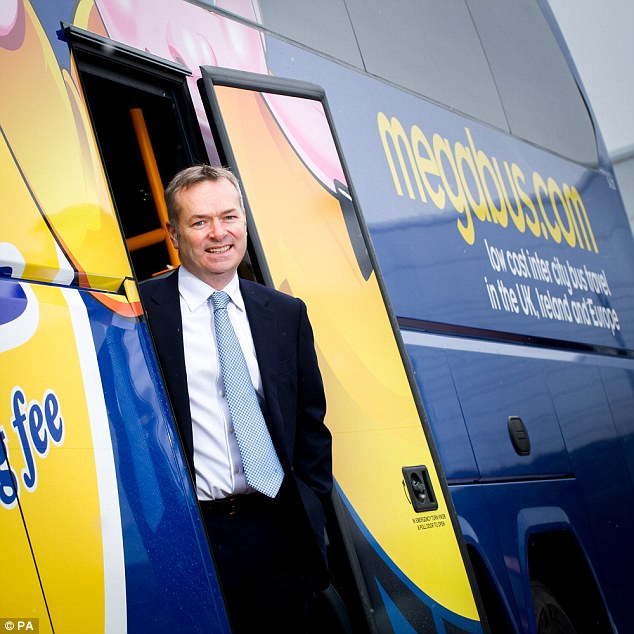 Stagecoach CEO Martin Griffiths. The company, one of Britain’s biggest transport operators, has revealed it will trial a full-sized driverless bus later this year

But no passengers will be able to get on board until the law is changed to make this form of travel legal.

But while bus drivers may fear the trial spells the end for their jobs, Stagecoach claims the technology could make public transport safer, with sensors warning them of cyclists and pedestrians in blind spots.