Sterling slides to nine-month low against the euro

The pound has fallen to a nine-month low against the euro amid fears the UK will crash out of the European Union without a trade deal in place.

Sterling is now down to €1.11 against the euro and is also down against the US dollar, the Japanese yen and the Swiss franc.

Some analysts are predicting the the pound will weaken further against the euro, which will mean British holidaymakers face increasingly more expensive holiday on the continent. 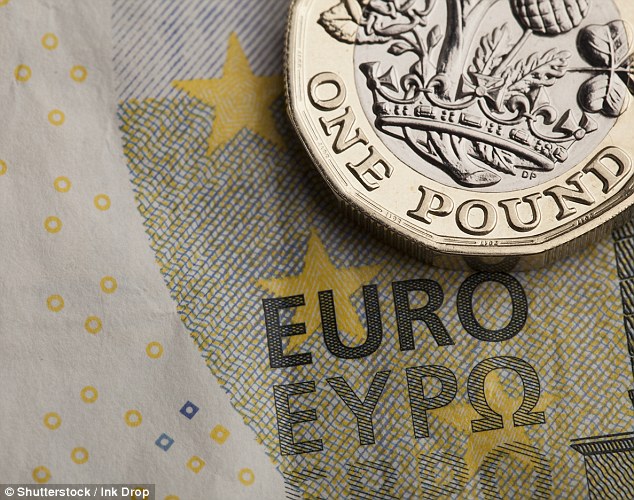 Falling: The pound has fallen to a nine-month low against the euro amid fears the UK

With the value of the pound falling against a number of key currencies, investors appear to view a no-deal Brexit as a growing possibility.

Las weekend, Trade Minister Liam Fox suggested that the likelihood of a no-deal outcome is as high as 60 per cent.

The Bank of England’s Monetary Policy Committee has also confirmed its approach to further interest rate hikes remained cautious and will be limited to one a year, on the basis of a Brexit deal being agreed.

After the Bank’s meeting last week and in respect of the pound against the US dollar, Mr Patel said: ‘We continue to think the pound will remain under pressure in the near-term as the currency continues to price in a significant degree of political uncertainty.

‘We do feel the balance of risks is for further political turbulence between now and October – and have pencilled in a 1.27-1.28 trough for GBP/USD in 3Q18 to capture peak “no-deal Brexit” risks.’

At present, sterling is hovering around the $1.29 mark against the US dollar for the first time since August last year.

‘We remain bearish on the pound in the short term until the Brexit mess is out the way and look for the currency to enter a $1.27-1.28 range before the leaders’ summit in September,’ Jordan Rochester, a strategist at Nomura told Reuters. 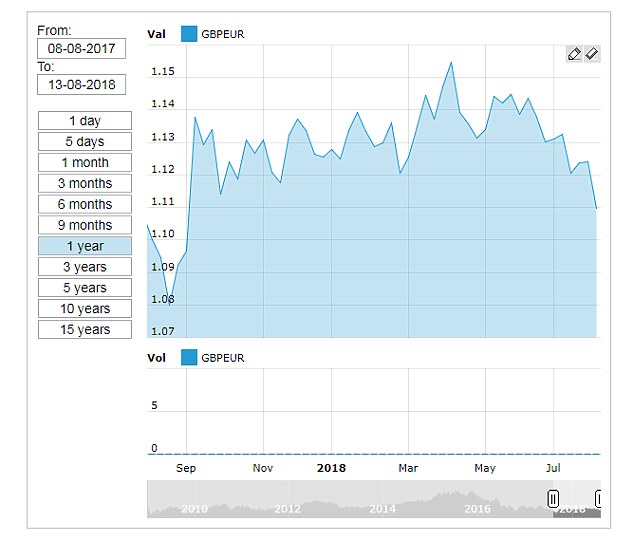 Euro lows: Sterling is now down to €1.11 against the euro, as this chart showing the last year shows 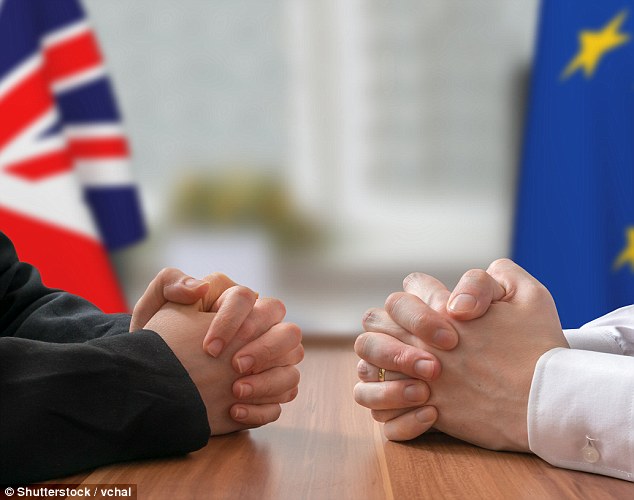 Deal or no deal: There is now reported to be a 60% chance that Britain will leave the EU without a deal in place

Christophe Barraud, an economist at Market Securities brokerage in Paris told Reuters: ‘A lot of companies can’t wait for the [Brexit] negotiations outcome in October, so of course are trying to hedge against a drop in the pound.’

Investment experts are gearing up for Friday’s reading of second-quarter British economic growth numbers to give the pound some possible relief.

The Bank also predicted that inflation would be 0.1 percentage points higher this year and next at 2.5 per cent and 2.2 per cent respectively. 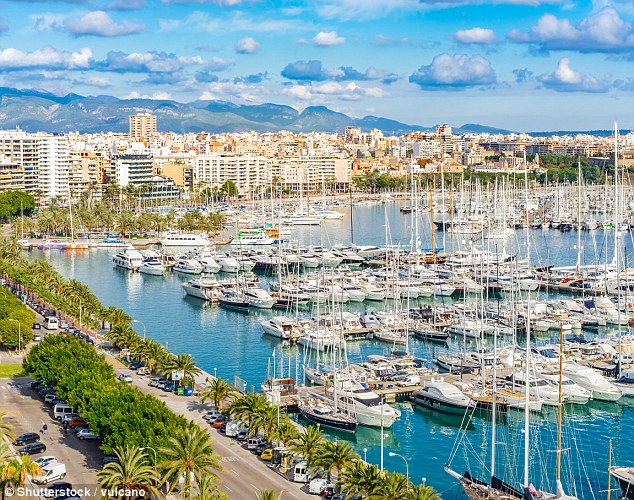 Costly: British holidaymakers will have to fork out more money when they go on holiday to Europe