Steve’s pension won’t buy a first-class stamp: Why savers MUST be allowed to cash in 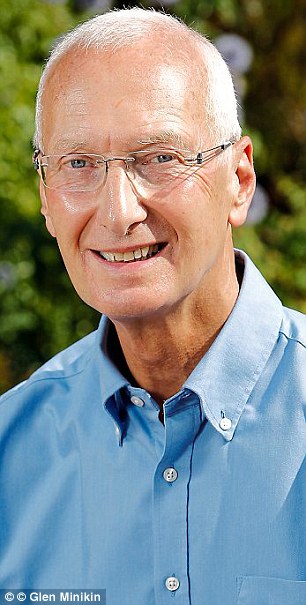 Like millions of savers, Robert Dickson first started putting money away for his retirement in his early 30s, when his employer gave him a pension plan.

He had every intention of building up a big pot, but shortly after he moved from Co-Operative Insurance to work for Prudential — so only ever put in one £3 premium.

He forgot about the money until he retired 14 years ago, having spent two decades running a taxi firm in Coldstream on the Scottish Borders, and was told he qualified for an annuity income worth £1.66 a month, paid every three months.

Until 2015, annuities — which turn a lump sum into a guaranteed income for life — were purchased by the vast majority of savers as the main way they could access their pension pot.

But for Robert, now 79, the payments are so small that they make next to no difference to his quality of life. He believes his pot was worth several hundred pounds at the time he bought the annuity.

He’d much rather receive the pot as a lump sum, even if it is worth only a few pounds, and has had a number of heated exchanges with Royal London, which took over the running of his policy, to no avail. ‘It’s just a waste of time,’ he says. ‘You can’t even buy a bottle for a baby with the money. It’s meaningless.’

‘I’d be very grateful for a lump sum and was willing to settle for anything. I’ve told Royal London to stop the payments as I don’t want them. But it doesn’t want to know. It’s total nonsense and I feel like I’m up against a stone wall.’

Robert is one of thousands of savers who have tiny annuities that make practically no difference to their lives. Money Mail has been inundated with messages from pensioners sick of receiving these payments, some of whom are being paid as little as 63p a year.

Like Robert, they are adamant they would prefer to get back all their savings in a small lump sum, rather than a tiny but regular income. They say they could put the money to much better use that way, whether that’s taking a disabled partner on a much-needed holiday or buying a round of drinks. 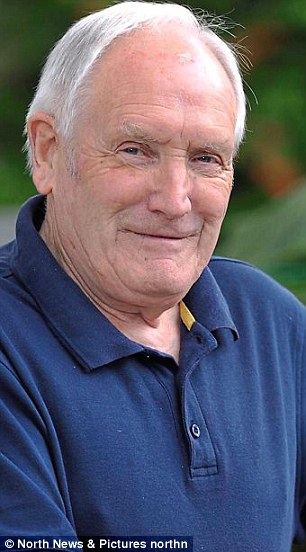 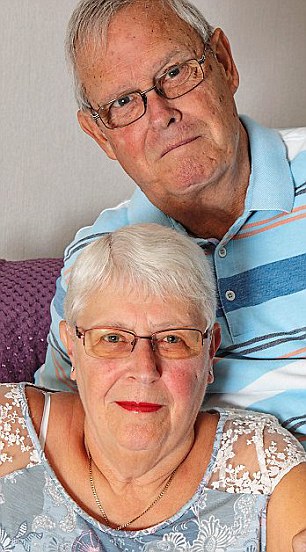 Money Mail’s Unlock Our Pensions campaign is calling on the Government to let them do this. Since the 2015 pension freedoms, anyone yet to take their pension has had the right to cash in the entire pot. But the rules excluded five million savers who’d already bought annuities.

By law, insurers are allowed to let annuity customers cash in pensions worth less than £10,000 in total. But so far, only Phoenix Life has offered this option to customers — and even then, only for about 20,000 savers whose annuity incomes are worth less than £2,000.

Insiders at other insurance firms say they will only act if prompted by the Government. So we want Chancellor Philip Hammond to launch a consultation and write new regulations to protect customers from getting a poor deal.

Here, we tell the stories of the retired savers who are crying out for reforms that could change their lives for the better.

Elizabeth Vernon receives the princely sum of £13.92 — £1.62 a month — every year on her birthday in December, which she says doesn’t get her much more than a bottle of celebratory wine. ‘It’s so pathetic it beggars belief!’ she says.

Elizabeth, 63, retired from her part-time job as a science technician at a secondary school in Flintshire, North Wales, when she was 58 due to ill health.

She asked for her pension aged 60 and doesn’t remember how she ended up with an annuity. 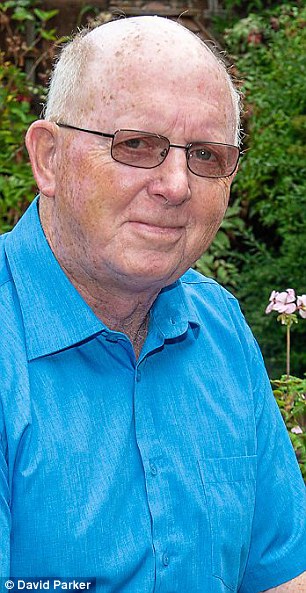 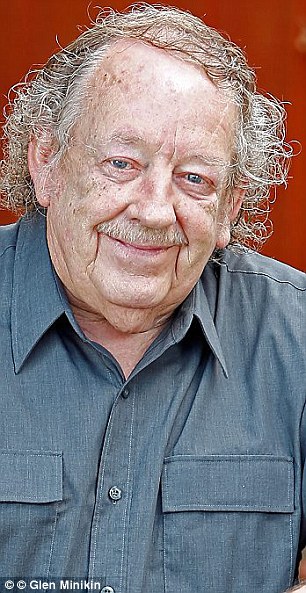 ‘I spoke to a man about my pension but he did waffle on,’ she says. ‘I tried to read the booklets but they were also very confusing.’ Elizabeth says she tried to ask Prudential for her £450 lump sum back when her washing machine broke so she could buy a new one. But it refused. She says she has rung since but the answer is still no.

Elizabeth’s youngest daughter Alice will be awarded a doctorate in creative writing from Aberystwyth University in September and Elizabeth wants to be there to support her. The lump sum would enable her to afford a nice meal out afterwards and to stay in a hotel.

‘I do hope Philip Hammond considers cases like mine and dozens of others, too, in the same situation,’ she says.

Joyce Pinnington, 70, has three Prudential annuities, one of which pays £6 a year, or 50p a month. Joyce took early retirement from her job as a medical secretary because she suffers from corticobasal degeneration, a brain disorder.

The couple’s main source of retirement income comes from Stan, also 70, who receives £6,000 a year plus his state pension.

Stan says Joyce, who is disabled, likes to go away and the couple try to get to Majorca as often as they can. ‘A lump sum, as small as it might be, would help pay for a holiday which she would love,’ he says. 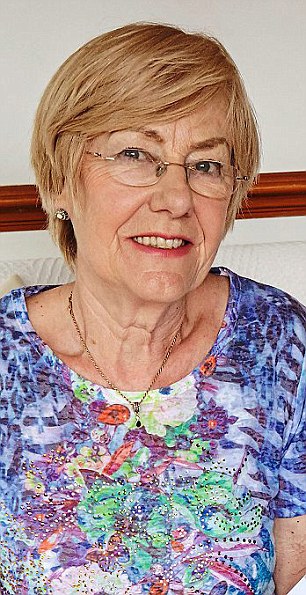 Alan Hall bought his annuity from Friends Provident, now Aviva, about 35 years ago while working as a print sales representative. Alan, who lives in Leicestershire, says it pays £16 a month, or 50p a day.

He points out it doesn’t even buy him a copy of his favourite newspaper, the Daily Mail. ‘What’s the point in it?’ he says. ‘I’m now 70 years old and my wife has terminal cancer. By my calculations there could be around £6,000 in the pot, which might help us visit our daughter and grandchildren in Australia.’

Roger and Jen Lewis (their names have been changed), from Wiltshire, have three policies after a varied employment history. Jen, 66, has a Standard Life policy that pays £11.28 a year.

Roger says: ‘It’s ridiculous. I don’t understand why someone can’t sit down and make an executive decision to get the actuaries to work out how much we are due. They must have it written in their books somewhere.’

Steve Richardson may have the smallest annuity in Britain.

He says his income of just 63p a year is so much of a joke that he reels it out as a party piece.

He made one payment into a private pension he set up in the early Nineties with Target Life, which later became part of Abbey Life, when he was in his 40s working as a sales manager.

He says he forgot about it and it was later frozen. In 2010, when he was 60, he says he was given £6 as a tax-free lump sum and an annuity of 63p a year — a first-class stamp costs 65p. The total value of his pot was £17.38. Faced with a 15-page document to sign up for the pathetic payments, Steve, 68, asked Abbey Life for alternatives. ‘I asked if I could have it as a lump sum, donate it to charity, or it be just forgotten about as I didn’t want to complete the paperwork. It just wasn’t worth it.’

Steve thinks he might be able to release enough to buy a round of drinks — although he does admit he’s grown fond of telling the story of his laughable payout.

Jim Bowater says his £8.71-a-year annuity is so useless he thinks nothing of it — until he has to declare it to HMRC each year. ‘It probably costs more in postage, time and administration than it’s worth,’ he says.

Jim, 83, says he took out the Prudential policy about 50 years ago. When he turned 65 he received the letter from the provider and doesn’t remember being offered any other options. ‘This annuity is a waste of time. They could give me a couple of hundred quid and be done with it. It’d be more useful,’ he says.

Margaret Murray, 71, has received £3 a month from Abbey Life since she retired in early 2003. ‘These payments are so frustrating,’ she says.

‘I’d much rather receive a lump sum so that I can spend the money on something useful. I suffer from arthritis. My children are concerned about me climbing the steps to my garden so they pestered me to buy an outdoor stair lift which cost £3,200.

‘If I had my pension pot as a lump sum I would have put the money towards that.’

Michael Connell, 75, from Folkestone, Kent, retired in 2008 and says he has been receiving 38p a month since.

‘I hoped to receive this in one go but after trying to get it paid out in a lump sum for around three years I’m tired of fighting them and I’ve accepted the monthly amount,’ he says. ‘It’s a waste of everyone’s time and bad luck for the person who has to administer this payment each month.’

The pension has changed hands three times in the ten years that he has been collecting his annuity. He reckons the statement summarising his annual pension details must cost almost two months’ worth of annuity payments to post to him. Vivienne Salsbury, 71, of Bishops Stortford, Hertfordshire, receives £10.56 a year from Prudential, which comes from an 18-month spell working for a funeral director firm years ago.

She says: ‘Prudential said no when I asked for a lump sum, so my husband wrote to our MP but was told it was not Government policy to allow pensioners to take their pension as a lump sum once an annuity had been purchased. It’s so frustrating.’

Sue Jones, 66, of Henfield, West Sussex, has been getting £7 a month from Abbey Life since 2012. She has also asked to take it as lump sum, only to be refused.

‘I thought the Government was helping people to take charge of their pension pots, but we have been forgotten about and no one is helping us,’ Sue says. ‘I fear I’ll never recoup the full amount I’ve paid into my pension.’

She says a lump sum payout would go towards taking her husband and two grandchildren to Spain on holiday to remember their mum, Martine, who died of breast cancer when she was 35 and the children were 11 and 14.

‘It would be a trip down Memory Lane to recreate the happy times we had together,’ she adds.

Peter Miller, 73, of Scunthorpe doesn’t understand why he has been excluded from the pension freedom reforms in 2015. He gets £6.66 a month from Prudential and says he was told it was worth around £2,900 in total.

‘I’d love go back to my home town of Warkworth in Northumberland,’ he says. ‘I haven’t been back for 40 years, it would be lovely to see the place again. It’s not an expensive place and the money would go a long way towards a trip like that.’