Does Chancellor Philip Hammond give two figs about Britain’s struggling savers? Last year’s Budget did not mention the word ‘saver’ once.

Meanwhile, the fundraising target for the State savings arm has been slashed to a five-year low. This means National Savings & Investments (NS&I) is unable to offer top rates because it must not attract too much cash — which in turn means there is no pressure on High Street banks and building societies to compete with decent deals of their own.

Savers were teased with a glimmer of hope earlier this month when base rate rose to its highest level in almost a decade. But no major bank has passed on the full 0.25 percentage point rise to savers. 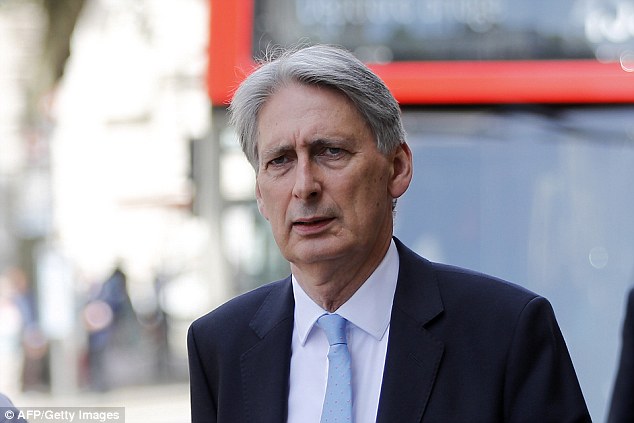 Some banks say their rates are already competitive, so they don’t need to pay savers more. Others claim their savings rates aren’t actually linked to base rate. Many more haven’t even bothered to come up with an excuse.

It is clear that if left to their own devices, Britain’s banks and building societies will continue to wriggle out of doing the right thing by loyal savers. So we desperately need NS&I to lead the way.

We know that whenever NS&I brings out a top deal, High Street firms are forced to up their game to cling on to their customers.

Yet just as savers need NS&I the most, it is preparing to cut its top Isa rate for nearly 400,000 customers from September 24.

This follows its decision to slash the amount new savers can invest in its Guaranteed Growth and Guaranteed Income Bonds from £1million to just £10,000.

Official figures show Britain is becoming a nation of borrowers who are slipping out of the habit of saving for a rainy day. And with the average savings rate just 0.52 per cent, is it any wonder?

The next Budget is in November, so let this be an early warning to Mr Hammond: you cannot afford to ignore savers any longer.

Yes, the Government is borrowing less money, but it’s still around £40billion a year. Couldn’t it shift the balance so it borrows more from the nation’s savers and flogs fewer Government bonds to the markets?

Even if Mr Hammond simply reinstated the £13billion fundraising target from two years ago, it would give NS&I much more flexibility to boost rates. This would encourage more of us to save — and a stronger savings culture is surely better for the public purse in the long run.

Strain on the train 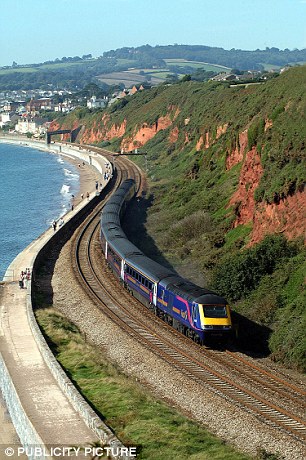 How on earth can Great Western Railway (GWR) justify charging almost £250 to get from London to Taunton and back? It’s around a two-hour journey each way. For £250 you could easily buy a return flight to Spain, or possibly even go to New York.

If you travel after 7 pm, the GWR fare drops to £78.80 — its ‘cheapest’ price. Perhaps I have high expectations, but when paying nearly £80, it seems reasonable to assume you’ll get a seat.

Instead, I found myself standing next to an 80-year-old man who was struggling to hold himself upright in the crowded aisle, while clinging on to his luggage.

GWR may argue that many people would prefer to be on the train with no seat than not on it at all — and that might be true — but if train firms are intent on packing passengers into carriages like cattle, they might at least reconsider their rip-off prices.

Perhaps they could offer a standing ticket price. Then again, this might mean having to deal with the health and safety issues raised by passengers sitting on the floor and blocking anyone from leaving quickly in an emergency.

Credit card perks are a brilliant way of getting something for nothing — but they pay only if you clear your balance in full every month.

If there is a chance you won’t, don’t be lured in by the tempting airmile and cashback deals on pages 38 and 43, because the rates on these cards can be punitive. What you need is a card with the lowest interest rate possible.

Look for interest-free offers on new purchases or, if you’re already in debt, a 0 pc balance transfer deal. They will be better value in the long run.