The firm, set up in the 1990s by the late TV chef Antonio Carluccio, is fighting for survival after a sharp drop in profits.

Accountant KPMG has been brought in to find a solution to its problems and has this week approached Wagamama owner Duke Street and Pret A Manger owner Bridgepoint about a deal, according to the FT. 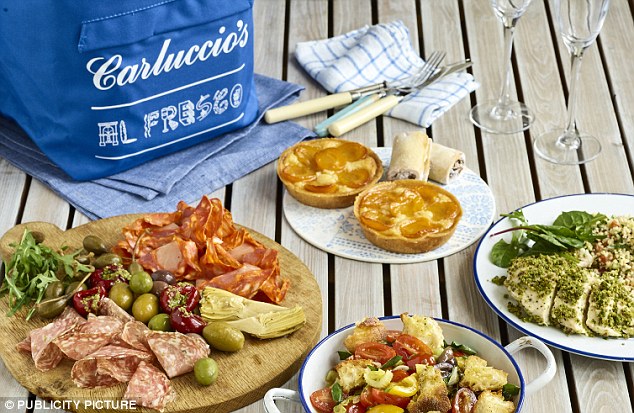 Carluccio’s, set up in the 1990s by the late TV chef Antonio Carluccio, is fighting for survival after a sharp drop in profits

It found the number of restaurants experiencing significant financial distress was 11,091 in March, up 8 per cent on a year earlier.

It follows a raft of rescue deals to save chains such as celebrity chef Jamie Oliver’s Jamie’s Italian, burger bar Byron and another being voted on this week for Prezzo.

With thousands of restaurants teetering on the brink ahead of quarterly rent bills due this week, Julie Palmer, a partner at Begbies Traynor, said: ‘The restaurant sector is facing a perfect storm of pressures ahead of this week’s quarterly rent day, with growing labour costs, subdued consumer spending and fierce competition coming together to cause a spike in financial distress across the industry.’

Restaurant chains and retailers are among firms that have been hit hardest following the Brexit vote, with surging inflation and weak consumer confidence taking their toll.