We round up the Sunday newspaper share tips. This week, Midas shines a spotlight on Tax Systems and updates on Diageo and OptiBiotix Health. The Sunday Times looks at Travis Perkins, and the Telegraph assesses engineering firm Weir Group.

The shares are at 85½p and should rise as chief executive Gavin Lyons is driven, able and determined to expand the firm.

It helps customers collect the relevant data, ensure they comply with regulations and manage the taxation process so they pay the right amounts at the right time in the right way.

There is no dividend, as the firm took on about £30million of debt to pay the former owners for the business. But that has come down to £17.5million and should continue to fall over two to three years, at which point the company may start to pay dividends.

OptiBiotix Health is at the centre of one of the hottest topics in the medical world today – gut health.

The microbiome market is estimated to be worth hundreds of millions of pounds per year and is growing at more than 20 per cent a year.

First recommended by Midas in July 2015 at 33½p, the shares have tripled to 96½p, as the firm evolves from a researcher to a commercial business.

OptiBiotix, which is valued at £88million, also owns 42 per cent of SkinBioTherapeutics, which listed on Aim last year and is valued at £25million.

Midas verdict: OptiBiotix has come a long way in the past three years and shareholders have benefited. But the firm is still at an early stage and risks remain. Cautious investors may choose to sell down their holdings and take some profit. But they should not sell out completely as O’Hara is highly ambitious – and a major shareholder. 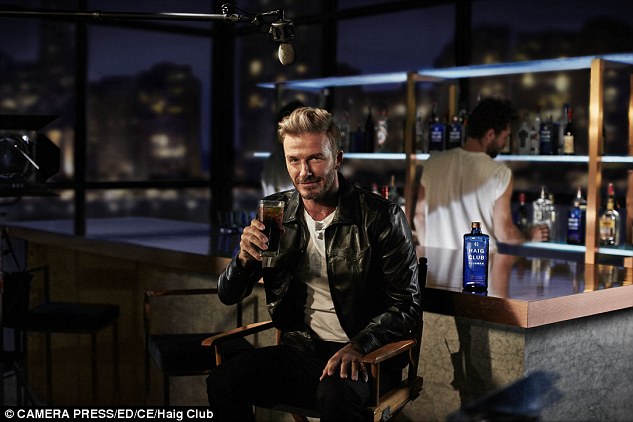 Gin and craft beer are this summer’s must-have tipples, which is good news for Diageo, the drinks giant that owns Gordon’s, Tanqueray, Guinness and its trendy offshoot Hop House 13 Lager.

Demand for these thirst-quenchers, especially in the UK, helped Diageo boost profits 3.7 per cent to £3.7billion, with a 5 per cent rise in the dividend to 65.3p.

Midas verdict: Certain drinks are popular at certain times but Diageo sells an extensive range, many of which are highly sought after, especially when the weather is hot. This is a share to buy and hold.

This week’s Questor column in The Sunday Telegraph looks at the engineering firm Weir Group, headquartered in Glasgow.

Last week it announced plans of its largest acquisition to date along with the offloading of a division that accounts for a sixth of its sales.

The latest plan will see if move out of pumps and valves used in power stations and water treatment plans. James Ashton say spending £760m on Esco, a maker of mining equipment based in the US, is boss Jon Stanton’s way of digging deep for mineral wealth.

The new deal increases its mining exposure to two thirds of operating profits with the remainder coming from oil and gas. It will also see it move into mining extraction kits, from conveyor belts and crushers, which will give it the change to move along the supply chain and cross-sell.

Analysists at Citi have raised forecast growth rates for 2020 from 10 per cent to 14 per cent for its pressure pumps and some analysts have pencilled in target prices 25 per cent higher than today’s level.

Travis Perkins is under the weather, according to Sarah Meddings in this week’s Inside the City column for The Sunday Times.

It doesn’t have an overseas business to offset poor performance, unlike its rivals, and has therefore been hit harder than most by this year’s extreme weather conditions.

It employs 27,000 people and supplies builders, plumbers and large construction companies with ,materials and is best known for its retail brands, Wickes and Toolstation.

A heavy reliance on the housing market and consumer spending means trading can be volatile and earlier this year it had to carry out cost-cutting measures.

Analysts predict more costs will need to be cut and Barclays predicts like-for-like sales growth of 3.8 per cent in the second quarter of the year, after 3 per cent in the first.

Around 13 per cent of shares are out on loan to short sellers who think the market will fall further.