High street chain Superdrug has made the leap from beauty and toiletries to launch its own mobile phone network, through a partnership with Three.

The company, which has more than 800 stores across the country, has launched a new Sim-only deal costing £10 per month, taking on the likes of more established networks such as Vodafone and EE.

You will only be able to snap one up of you are one of its Health and Beautycard loyalty scheme customers.

But it could be worth signing up for the deal for free in stores to get your hands on the Sim card. 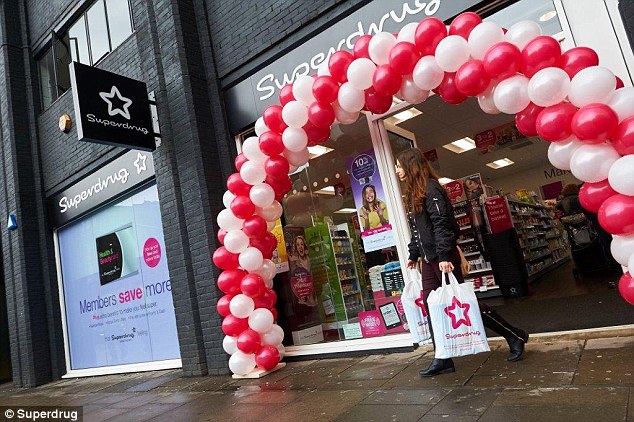 Highstreet beauty: Superdrug’s new Sim card can be picked up in stores

What you get from the Superdrug Sim-only deal

For £10 per month customers get unlimited calls, texts and 4GB of data.

It’s a monthly rolling deal which means that you won’t be tied into a typical 12-24 month contract, often required on popular pay-monthly contracts.

Any unused data is then rolled over into the next month.

The Sim piggybacks off the Three 4G network, which means customers will get the same coverage as the more established company.

The Heath and Beautycard offers reward points when you spend in Superdrug stores and online, similar to schemes run by the likes of Boots and Tesco.

The Sim card will look and work the same as any would, and it won’t have any Superdrug branding on the answerphone greeting. 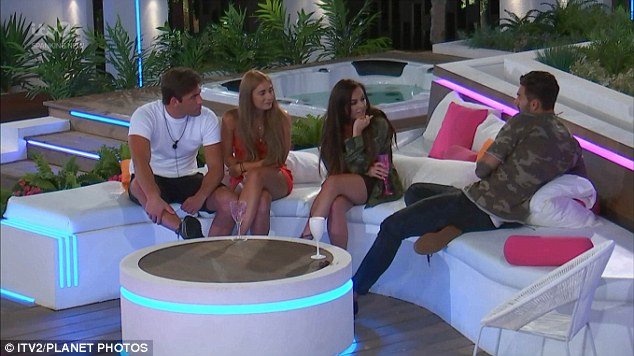 The company is offering shoppers an extra perk when they sign up, double points on their spending with the store when swiping their loyalty cards and the first month’s costs back in points.

Shoppers can take advantage of this anytime online and in stores while they have the sim-only deal.

The loyalty card already pays 1 point for every £1 you spend and each point is effectively worth 1p off your basket.

Those taking out its new Sim-only deal will get double, so 2p per £1 spent. These can be spent in multiples of 100.

Superdrug doesn’t come out cheapest deal on the market as how much you pay depends of course on how much data, calls and texts you want.

But its offering is good value, matching some the best deals for this level of data.

It’s better value than customer favourite, Giffgaff, which charges £10 for 3GB of data, and the beauty brand matches the equivalent deal from Smarty.

Smarty is another Three off-shoot. It gives customers money back for any unused data, paying  £1.25 for every GB you don’t use.


Those taking out the deal with Superdrug instead get the added bonus of £10 in Beauty card points and double points on spending plus data roll-over so it depends what your priorities are.

Vodafone currently offers a slightly cheaper deal at £8 per month for 3GB of data (with a 2GB data bonus).

The best deal for you will depend on how much you use your mobile and for what.

You should also make sure to check your previous bills to see how much data you generally use, to avoid paying for a large bundle you won’t make use of, or to see if you regularly go over your allowance and you might need more.

Below we have listed some of the top competing deals to the Superdrug sim card, but there are contracts with lower data limits what will come in cheaper.

For example, Smarty charges £7.50 for 2GB of data with unlimited calls and texts.

This is Money’s verdict

This is Money often espouses the benefits of sim-only deals. Even if you want to buy the latest handset separately they usually end up much cheaper than a traditional 24 month phone contract which bundles calls, texts and minutes together with the mobile itself.

More and more sim-only networks are popping up, most recently Voxi (powered by Vodafone), and Smarty (from Three), taking on the likes of GiffGaff with simple pricing, and flexibility.

While they may not be brands you have heard much about, with a big network such as Vodafone or Three to piggyback off, customers can get cheap deals without compromising on coverage.

One of the major benefits of a flexible month-to-month contracts means if you want to switch networks there are no penalties for cancelling a contract early.

Plus if you decide you need more data, you can add to your contract on a month-by-month basis. Most contracts lock you in to a data bundle, with higher charges if you go over your allowance.

Vix Leyton of Broadband Choices says: ‘With our own research showing more and more young people are moving away from traditional contracts and towards the value and flexibility of Sim-only, it was just a matter of time before retailers saw this opportunity for upsell.

‘Sim-only focused providers like giffgaff have really disrupted the market over the last few years, and 29 per cent of under 30s are currently on this type of service. It is priced competitively, but whether it is for you, comes down to the value you place on their reward scheme.

‘As ever, before making a decision it is worth shopping around as the Sim-only space is currently hugely competitive and you can get anything from free social media to streaming services with the right package. Just work out what you want before you buy it. That said, the beauty of this type of ‘no contract’ sim only deal is you can easily move on if it isn’t for you.’